Home TravelAsia Angkor, the largest complex of temples in the world
AsiaCambodiaTravel

Angkor, the largest complex of temples in the world

Cambodia is one of those fascinating and mysterious countries. Beyond the unexpected blend between poverty and wealth, beauty and ugliness, balance and imbalance, Cambodia is associated with the idea of temples. When you say Cambodia, you say Angkor, one of the most important archaeological sites in Asia.

Situated at about 5,5 kilometers from Siem Reap, Angkor is a magnificent ancient city that hosts the remains of different Hindu temples, Buddhist temples and hydraulic structures. Built between the 9th and the 15th centuries, the spectacular remains belong to the Khmer Empire, the predecessor state of modern Cambodia. 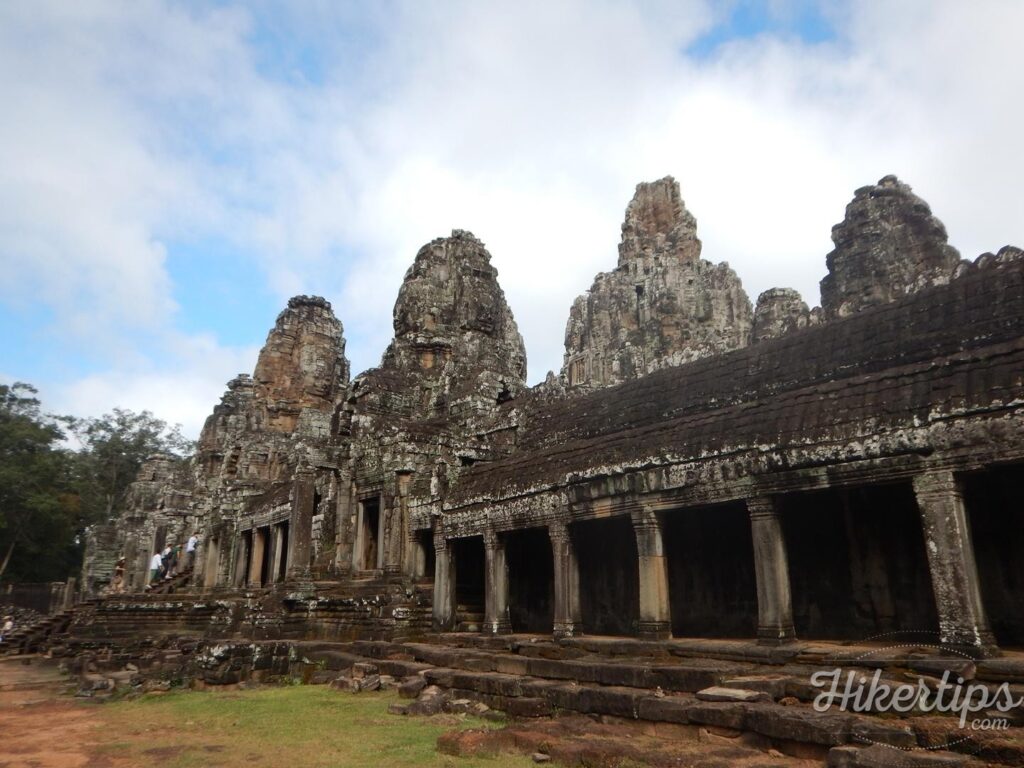 The Khmer Empire was defined by an impressive culture and art, a sophisticated architecture, a developed sense of aesthetics and strong religious convictions. This is the reason why this complex of temples has a strong cultural, religious, symbolic and architectural significance. 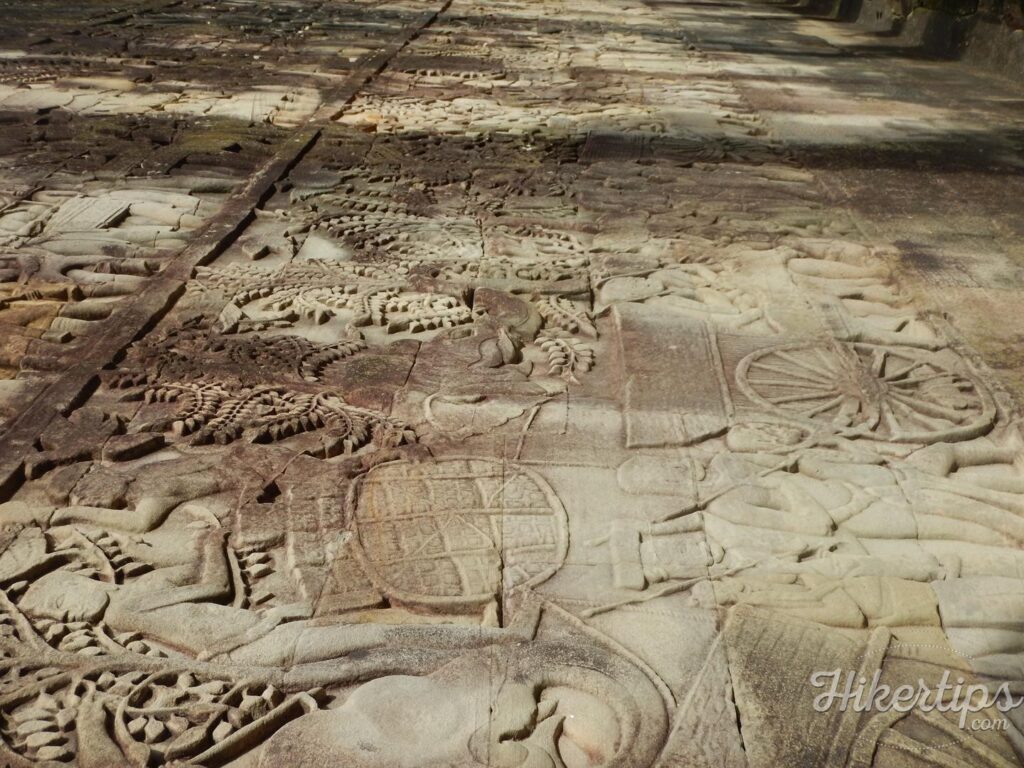 Angkor covers an area of more than 400 km2 and it is considered to be the largest complex of temples in the world. Being such a large city, Angkor gives you the possibility to choose from a variety of means of transportation: buses, cars, motorbikes, bicycles, electric cars or tuk tuks. If you like adrenaline you can choose a helicopter flight or a hot air balloon flight. This will be for sure a memorable experience. 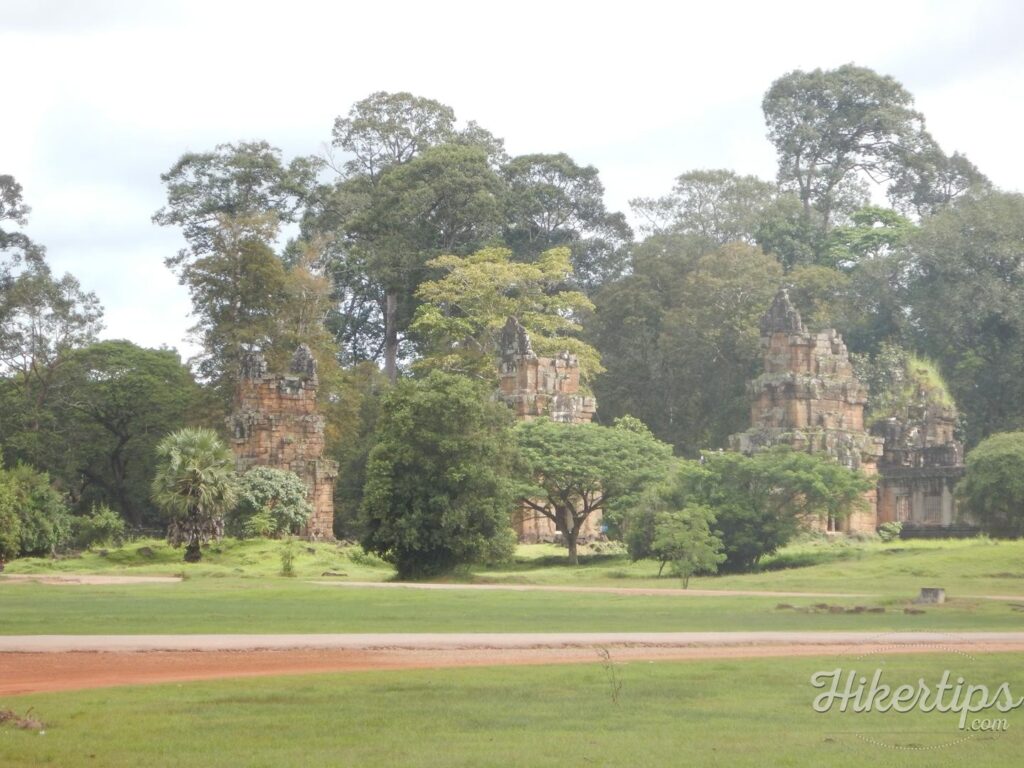 In my opinion the best way to visit all these temples is on foot because this will give you the opportunity to admire the temples and their surroundings. The thing I liked the most about this place is the fact that it is situated very close to the mountains and the scenery is lovely. Angkor is surrounded by the Cambodian jungle and by tiny settlements, where people still live in a rustic and simple way. 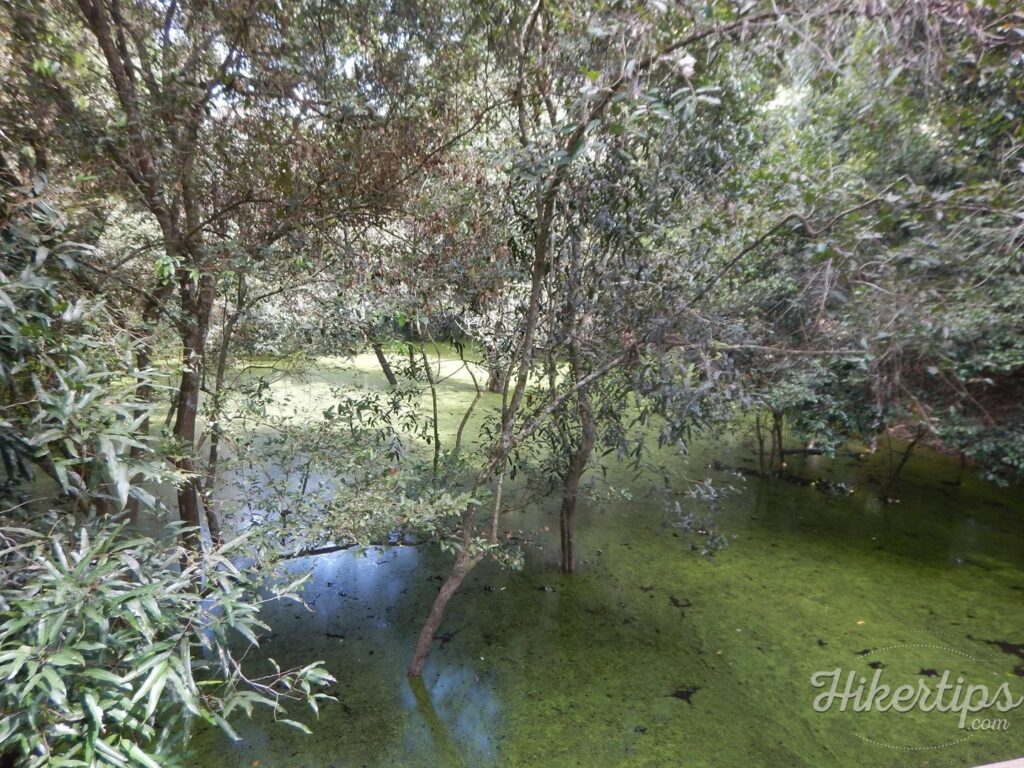 Don’t be scared if in the jungle you will find a few locals, dressed in Khmer style, that play ancient instruments in order to entertain the tourists. It may sound commercial but it is really entertaining and interesting. As I have already said, Angkor hosts the largest complex of temples in the world and it will take you about three days to visit all of them. 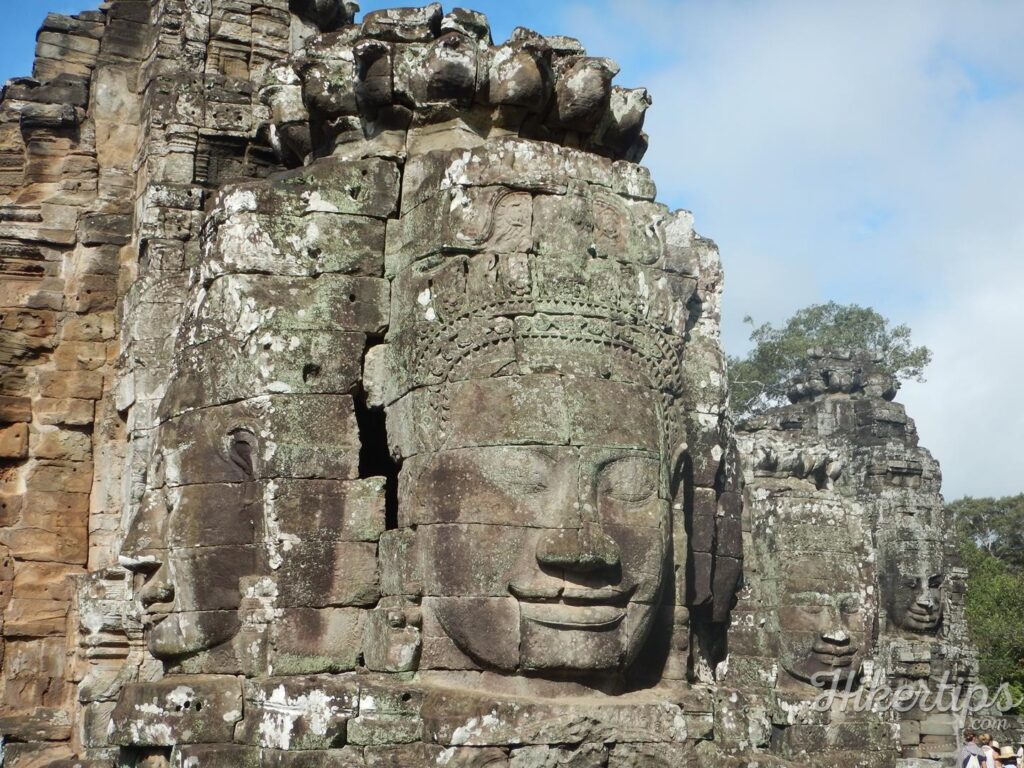 If you have enough time my advice is to spend at least three days there and visit all those spectacular temples. If you cannot spend a few days in Angkor and visit all the temples, you should at least visit the most important ones: Angkor Wat, Bayon and Ta Prohm. These temples are in my opinion the most representative and interesting and also the ones that I liked the most. 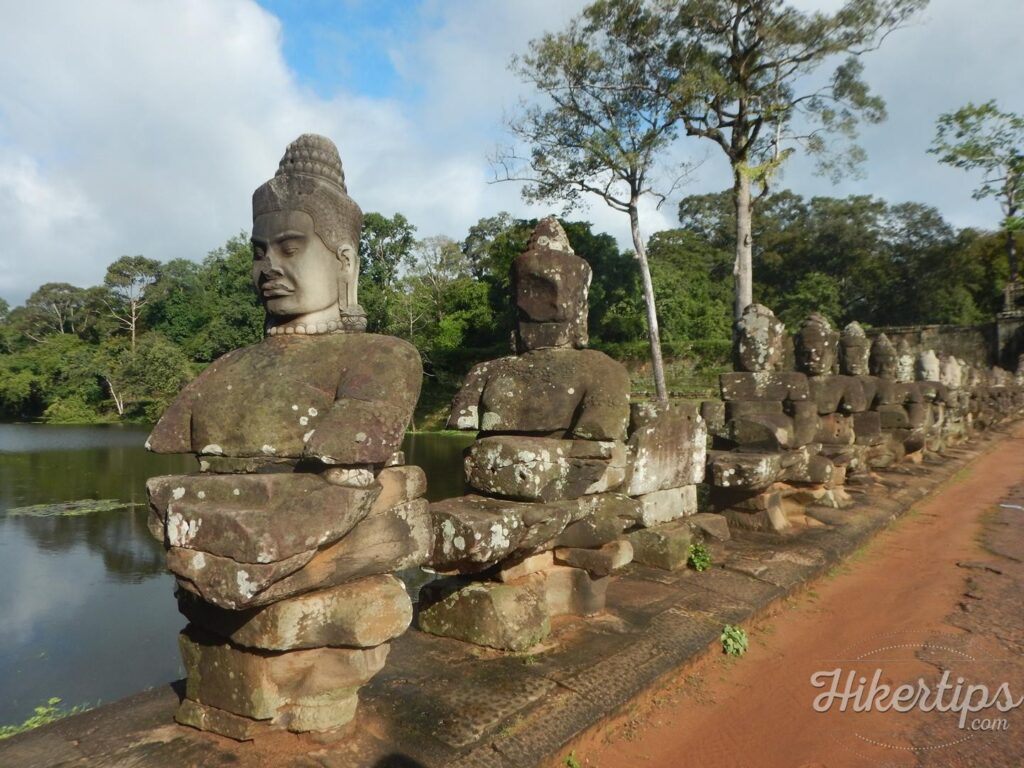 Once you enter Angkor Thom, the last capital of the Khmer Empire, a different world will be lying in front of your eyes. Angkor Thom or “The Great City” was a fortified city that hosted buildings used by important people in that time and also different administrative buildings. 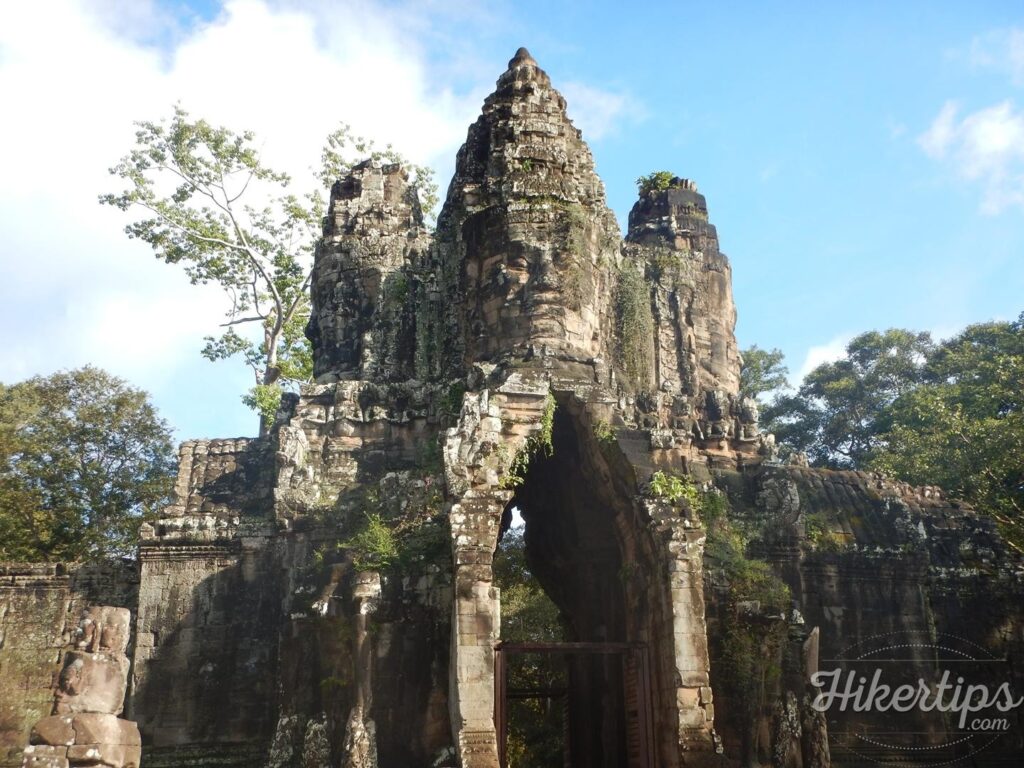 This ancient settlement is the materialization of the Buddhist cosmology. From the multitude of temples and structures that you find there I would definitely choose the Bayon Temple and the Terrace of the Elephants. 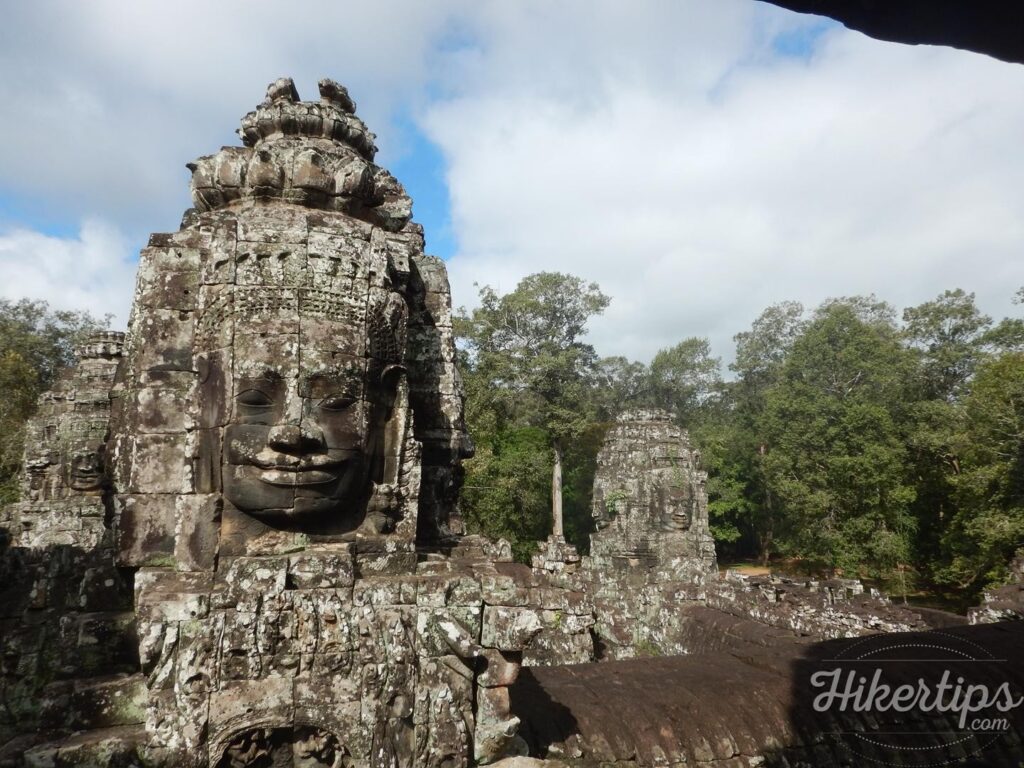 Located in the center of Angkor Thom, the Bayon Temple is an impressive Buddhist temple due to its 216 giant stone faces. This temple is made up of 54 towers and each of them is embellished with four stone faces. The Terrace of the Elephants is dedicated to Buddhist culture and presents a variety of elephants carved in stone and ridden by servants and princes. 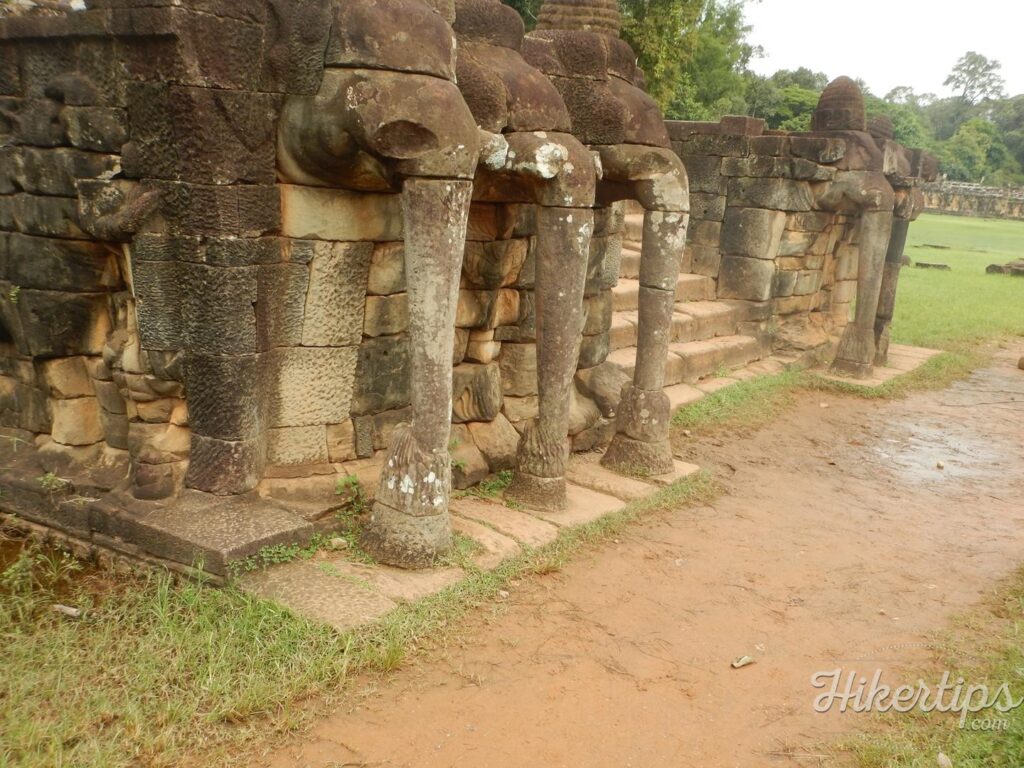 Leaving Angkor Thom behind, you should definitely make a stop at Ta Phrom. This Buddhist temple, which is one of the largest monuments in Angkor, includes 260 statues of gods and 39 towers. The Jungle Temple, as it is called, has a strange beauty highlighted by the combination between wood and stone. 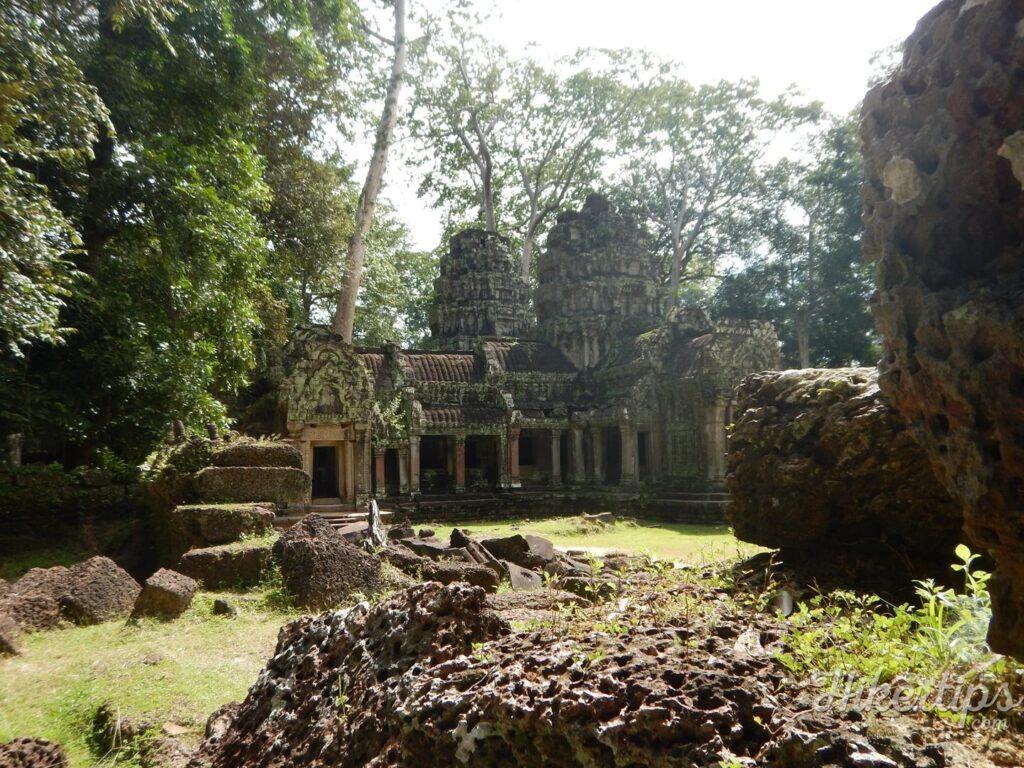 The fact that some trees seem to grow in those stone structures makes this place really unique. Another magnificent temple is Angkor Wat, the most famous temple in Angkor and also the world’s largest single religious monument. You should definitely not end your day without visiting it. This Hindu temple is the best preserved temple in Angkor. 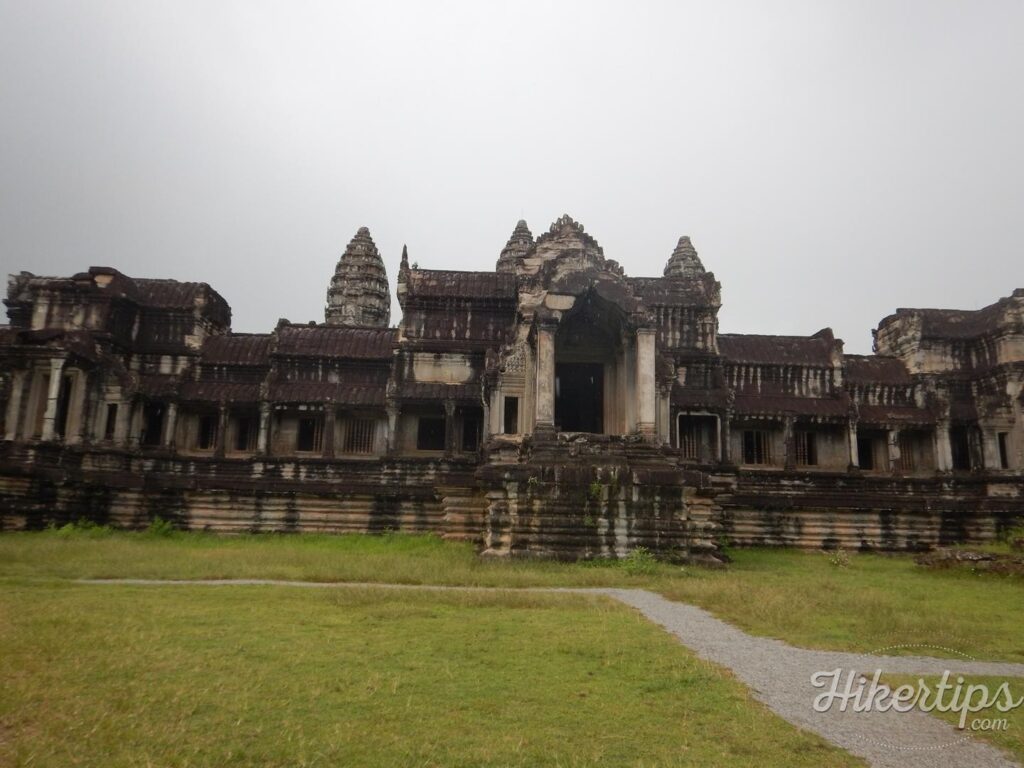 It is also considered one of the finest monuments in the world, a miniature stone replica of the universe representing an earthly model of the cosmic world. You might not know but Angkor Wat was listed as one of the Seven Wonders of the World. 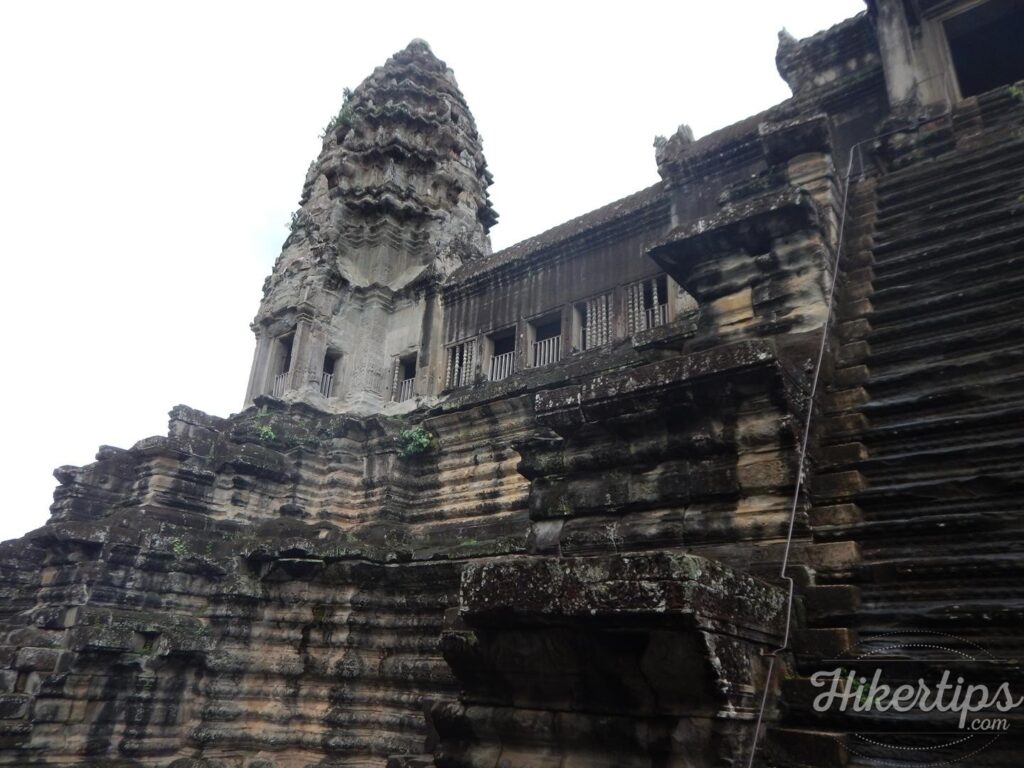 As I have already said this impressive complex of temples is worth visiting and you should take your time to do it, especially that it is very easy to get there. Angkor is situated at about 20 minutes by car or bus from Siem Reap, an important tourist attraction in Cambodia.

Damnoen Saduak, the most famous floating market in Thailand

The ancient city of Pompeii, a piece of...