Florence, the cradle of the Renaissance, is in my opinion that type of city that should be on anyone’s trip list, especially if we are talking about art lovers.

Considered one of the most artistic and cultural cities in the world, Florence is annually visited by a huge number of tourists who are eager to plunge into the interesting vibe of this city.

Florence abounds in beautiful tourist attractions and some of them are real masterpieces when it comes to architecture.This is one of the reasons you’ll need at least a couple of days if you want to fully enjoy the most representative ones.

What you choose to visit during your stay in Florence is definitely a matter of taste, but in my opinion there are a few places which fully deserve anyone’s attention. The following six places I’m going to talk about are also my favorite ones.

1.The Cathedral of Santa Maria del Fiore (Basilica Santa Maria del Fiore) is the iconic image of Florence. Situated in Piazza del Duomo, this Gothic cathedral is considered a Renaissance masterpiece. Also called the Duomo, the cathedral has an imposing appearance thanks to its size. Another aspect that contributes to its imposing appearance is Brunelleschi’s Dome, which seems to guard the skyline of Florence.

The construction process lasted almost two centuries, but the final result was definitely worth the effort. The impressive cathedral covered by a decorative mixture of pink, white and green marble, literally dominates the old center of Florence. The interior looks pretty grim because of the shades of grey and of the mosaic pavements and it creates an interesting contrast with the exterior. 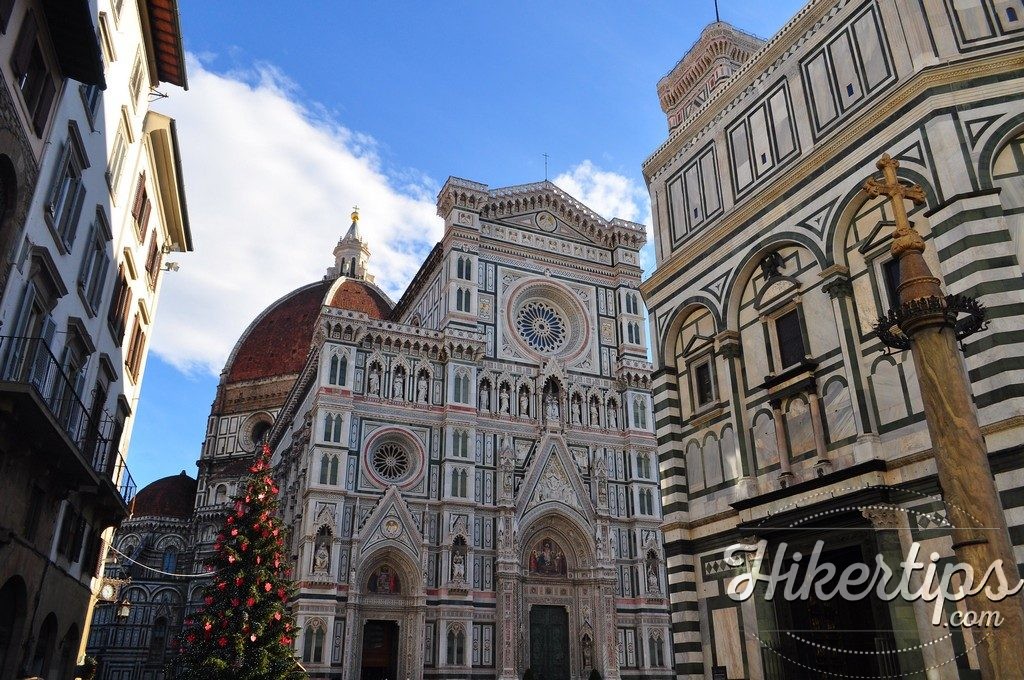 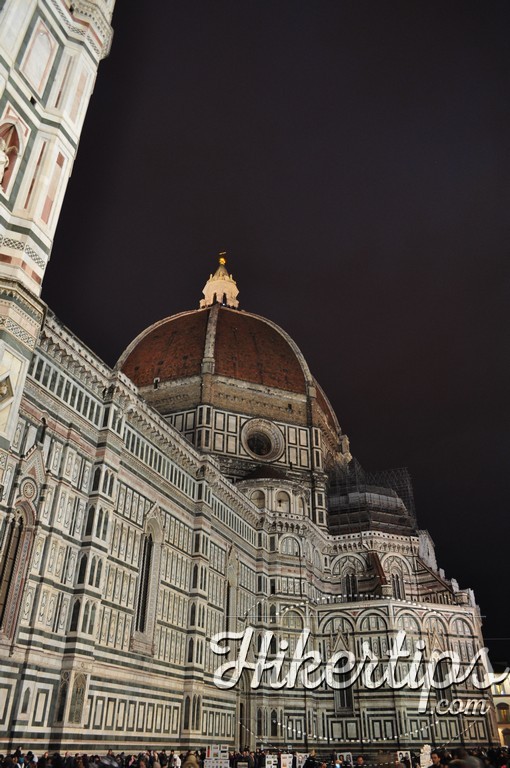 2.Giotto’s Campanile (Campanile di Giotto) is the bell tower of the Cathedral of Santa Maria del Fiore. This 85 meter tall tower is considered a marvelous example of Florentine Gothic architecture. Even if a lot of artists had a significant contribution to the construction process, the tower was named after its first designer, the Italian artist Giotto.

The Campanile displays a beautiful exterior which is similar to the façade of the cathedral and which is decorated with beautiful bas relief carvings and statues. You will have the chance to admire the same shades of white, grey and green marble, which were used for the exterior of the cathedral. An interesting detail is the fact that the tower has seven different bells and each of them has its own name.

In case you want to admire some lovely panoramic views, you should know that you can climb on top of Giotto’s Campanile. 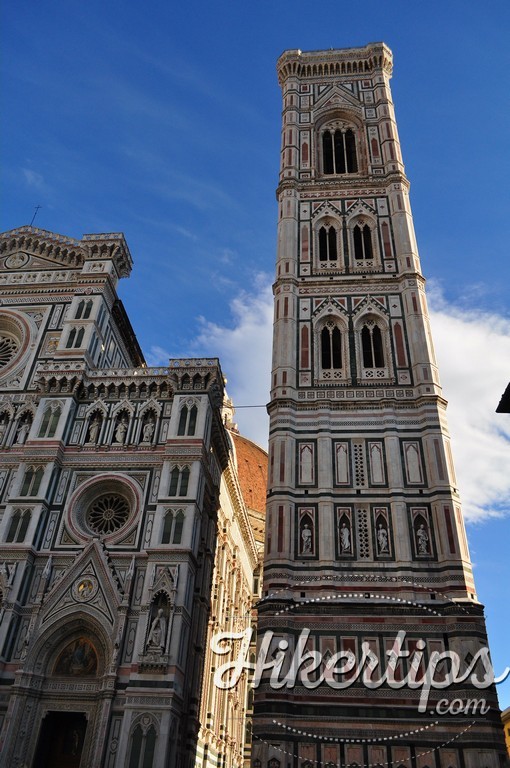 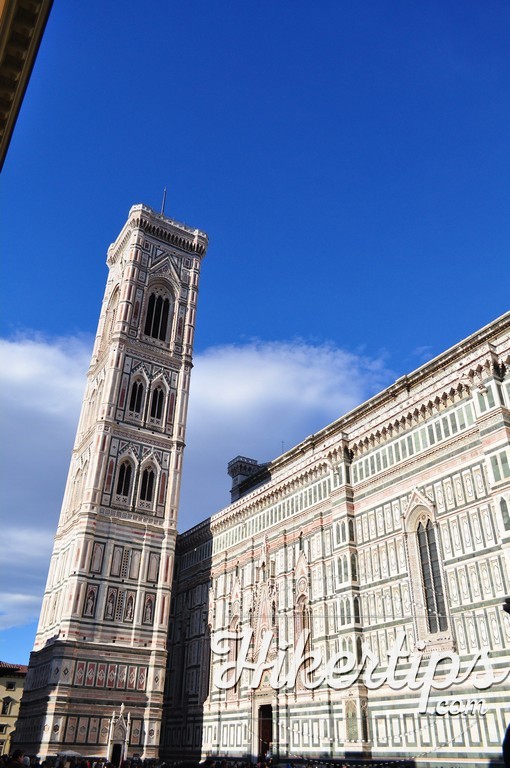 3.Situated in Piazza del Duomo, the Baptistery of Saint John (Battistero di San Giovanni) is one of the most ancient churches in Florence. It was named after St. John the Baptist, the patron of Florence.

Built on the ruins of a Roman house, the Baptistery is considered one of the oldest buildings in the city. The structure has an octagonal shape and it’s a perfect example of the Florentine Romanesque style. The design of the Baptistery is perfectly completed by three beautiful bronze doors. The most famous ones are called the Gates of Paradise and they were dubbed by Michelangelo. 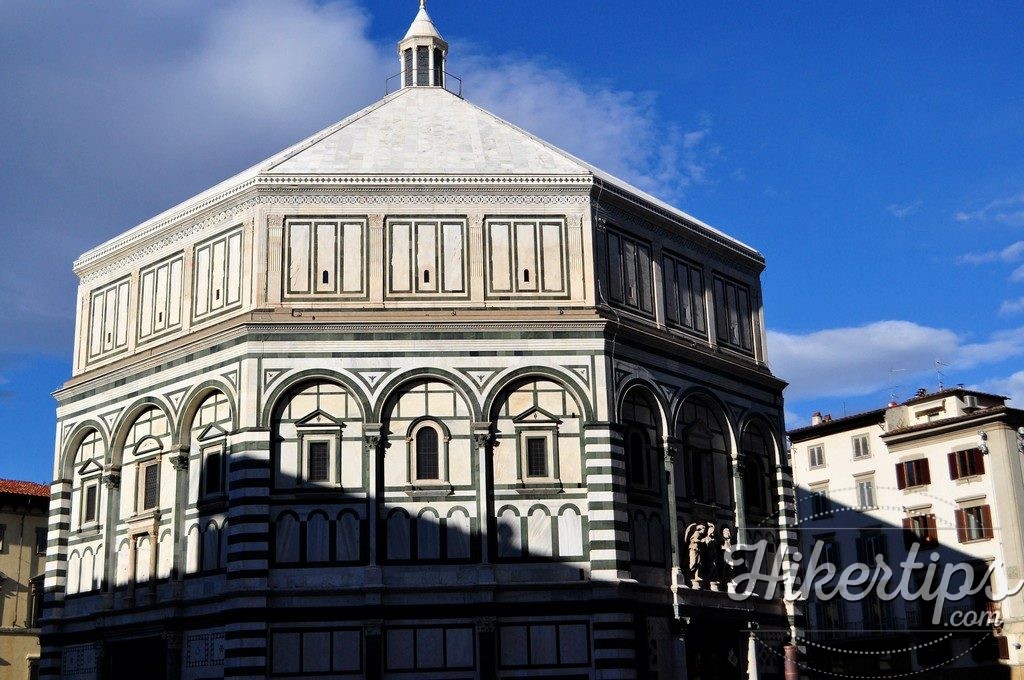 4.Built as an extension of Basilica di San Lorenzo, the Medici Chapels are in my opinion the most interesting monument in Florence. The chapels are divided into three different areas dedicated to the Medici family, the most famous and powerful Italian family who had a huge influence in the history of Florence.

The crypt, the Chapel of the Princes and the New Sacristy host a variety of valuable art objects and sculptures and also the tombs of some important members of the Medici family. A very interesting detail is the fact that here you will have the opportunity to admire some of the most beautiful works of art signed by Michelangelo. 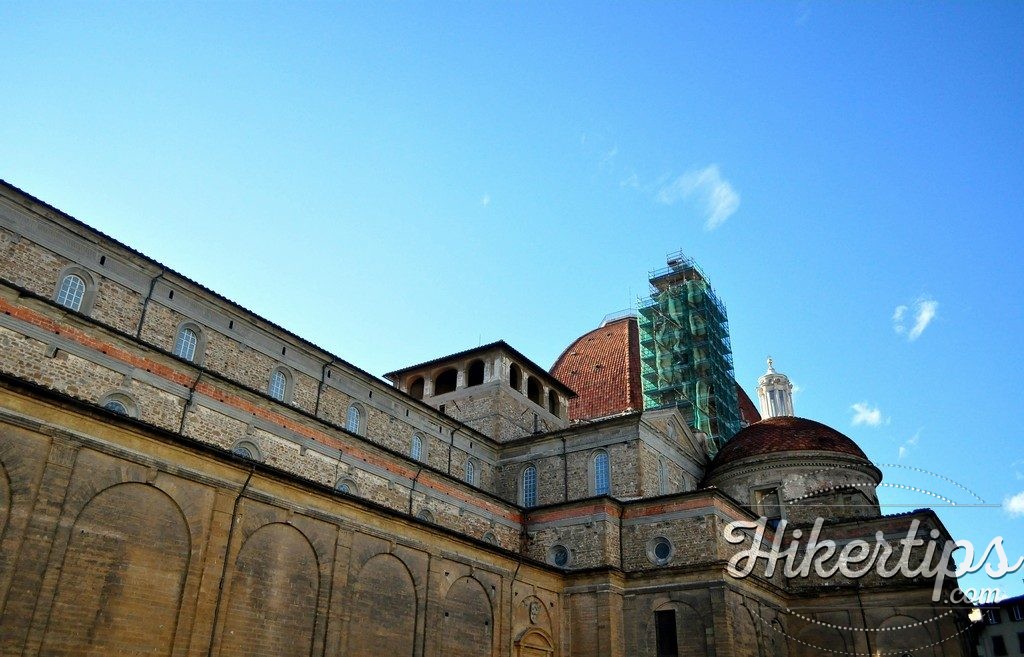 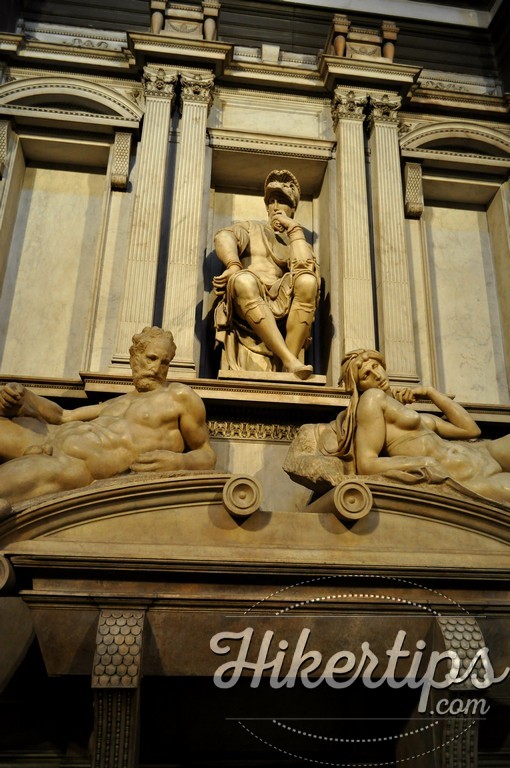 5.The Basilica of the Holy Cross (Basilica di Santa Croce) is the main Franciscan church in Florence. Situated in the square with the same name, this lovely church is the burial place of a lot of famous Italian artists, such as Michelangelo, Rossini, Galileo and Machiavelli. This is why it’s also known as “The Temple of the Italian Glories”.

Embellished with a beautiful marble exterior and sixteen chapels, The Basilica of the Holy Cross is actually the largest Franciscan church in the world. Among its most famous chapels are the Bardi and Peruzzi Chapels where you can admire some of Giotto’s beautiful frescoes and the interesting Maggiore Chapel which tells the story of the holy cross.

Other interesting places which should be visited here are the beautiful courtyard of the church and the leather school. 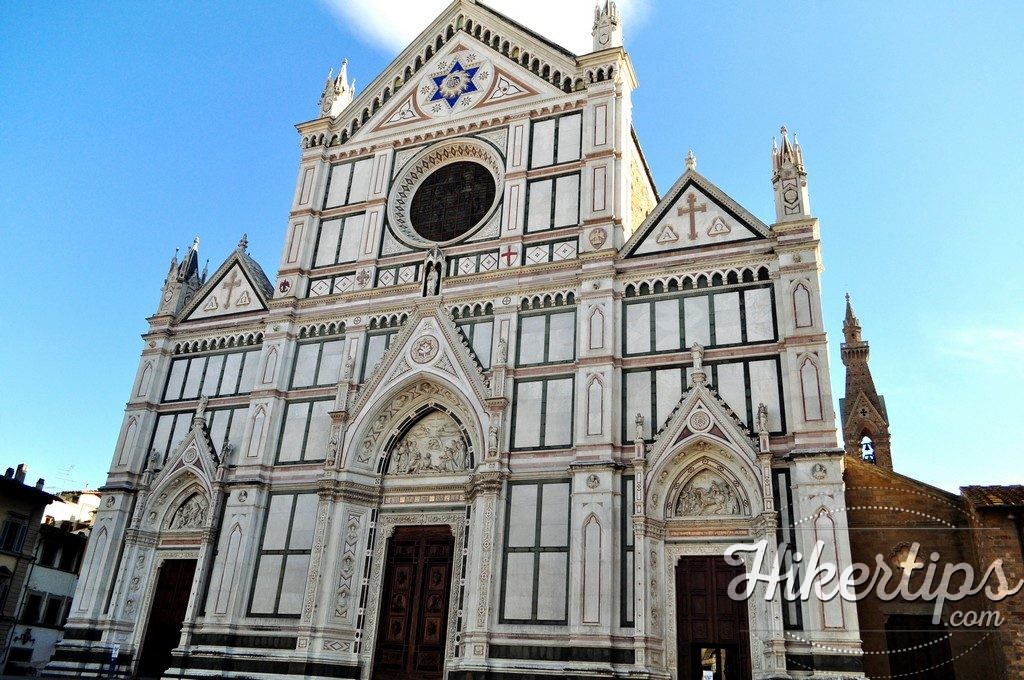 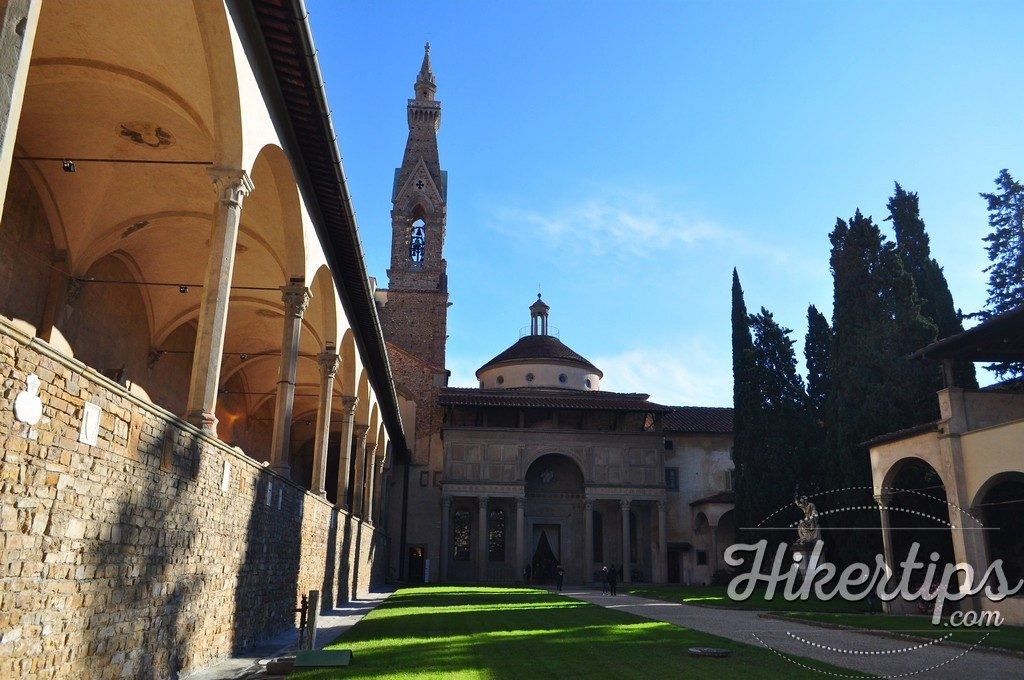 6.My favorite place in Florence is Ponte Vecchio, a lovely medieval stone bridge built over the Arno River. Also named the Old Bridge, it is considered the oldest bridge in Florence. I was really impressed by the fact that there were a lot of small shops on both sides of the bridge. These shops are sheltered by some colored old buildings which have lovely tiny windows and wooden shutters.

Originally built as a defense system, Ponte Vecchio is now an authentic symbol of Florence, one of the most romantic places in the city and also a very important shopping area.

A very interesting attraction on this bridge is the Vasari corridor, a private covered passage which lies above the shops and connects the two sides of the bridge. This corridor was built for the safety and the comfort of the Medici family. 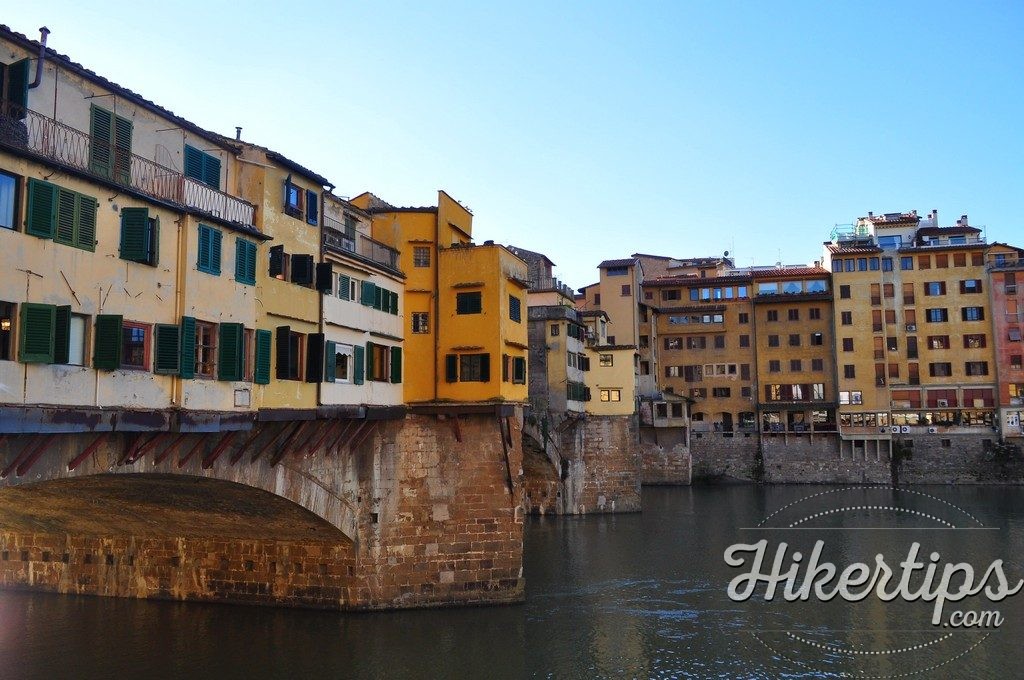 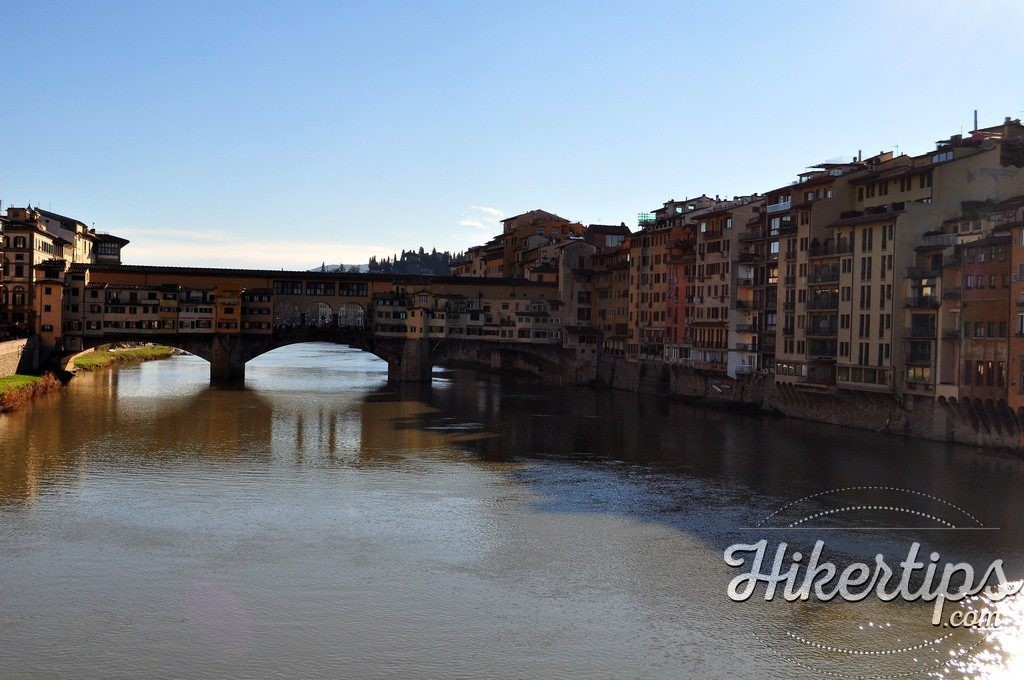 As I have already confessed, these are my favorite places, but Florence has a lot more to offer. In order to discover what I’m talking about, you should definitely plan a trip to this lovely Italian city.

The City of Luxembourg, a modern and cosmopolitan...

Spend a great day at Madame Tussauds in...