Home TravelEurope 12 beautiful places you should visit in Paris
EuropeFranceTravel

It goes without saying that Paris is one of those cities that don’t need any introduction. Who hasn’t heard of Paris, one of the most romantic cities in the world? Situated in northern France, on the river Seine, it is considered one of the world’s most famous metropolises.

Besides its fame, Paris is indeed a city that deserves to be discovered piece by piece. The capital of France is annually visited by a huge number of tourists who are eager to discover its beauty. In spite of the lively atmosphere, Paris denotes a special type of intimacy. It might seem a strange paradox, but I am talking about the relaxing vibration that can be experienced in “the city of lights”. If you wonder why Paris is called “the city of lights”, you should know that even if there are a lot of explanations in this regard, things are actually very simple. Paris was the birthplace of the Age of Enlightenment and also the intellectual center during this period.In case you want to get an insight and understand what I mean, you should take your time to visit.

The few days that I spent in Paris offered me a time of incredible relaxation. To visit all those beautiful places and landscapes, interesting museums and galleries was a great experience. I can assure you that there are a lot of things you can do in Paris, but you don’t have to take my words for granted. In this regard, I made a list with some beautiful places you should definitely visit if you ever get to Paris. Take a look at my list and decide for yourself if they are worthwhile.

1. La Tour Eiffel (The Eiffel Tower) is definitely the iconic image of Paris. Situated on Le Champ de Mars, this interesting wrought iron tower is the tallest structure in Paris, with a height of 324 meters. Built for the World Exhibition in 1889, in order to commemorate the French Revolution of 1789, the Eiffel Tower became the symbol of the entire France. You cannot leave Paris without admiring one of the world’s most famous and visited monuments. You should know you can visit the three levels of the tower in case you want to enjoy some spectacular panoramic views. 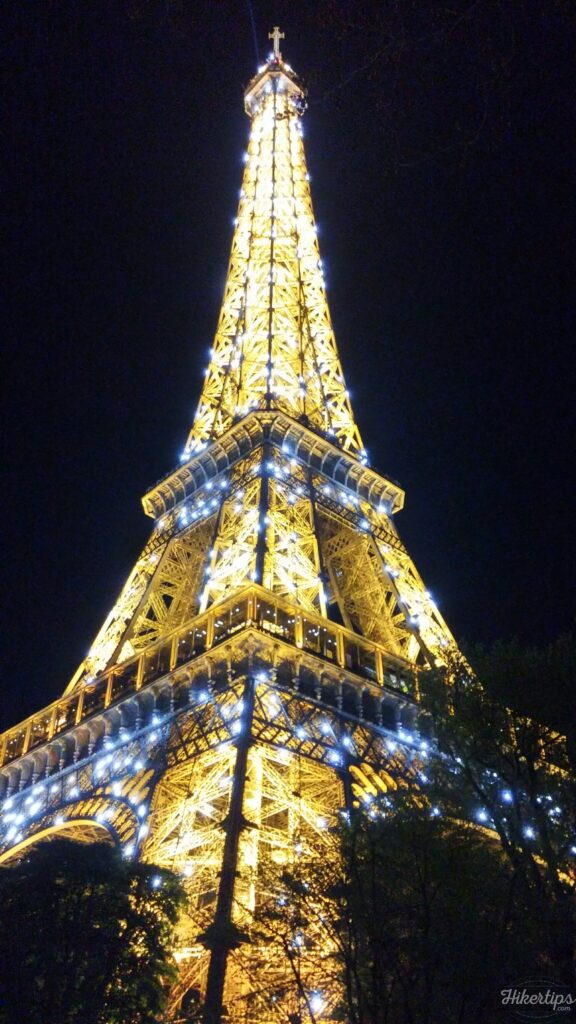 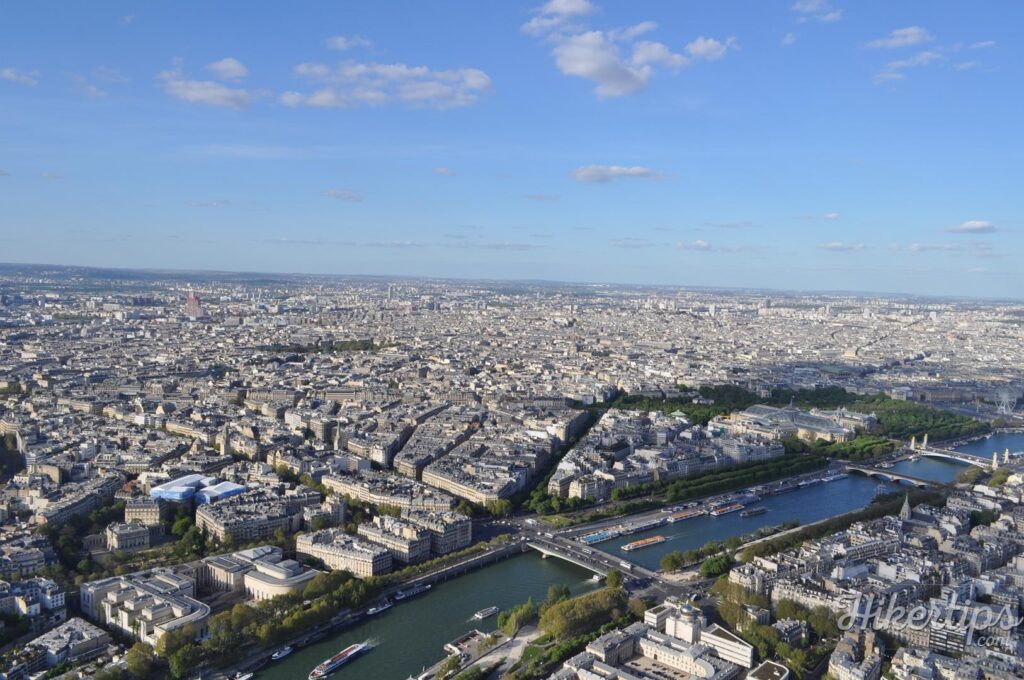 2. L’ Arc de Triomphe (The Triumphal Arch) is the largest triumphal arch in the world.  Situated in the center of Charles de Gaulle Square, this monument seems to guard the western end of Champs-Elysées. Dedicated to Napoleon’s glorious armies, the Triumphal Arch is decorated with a lot of high relief carvings that display significant war scenes. You might not know but the names of the most important victories are engraved around the top of the arch and all generals’ names and less important victories are engraved on the inside. These facts give this monument a really special significance. 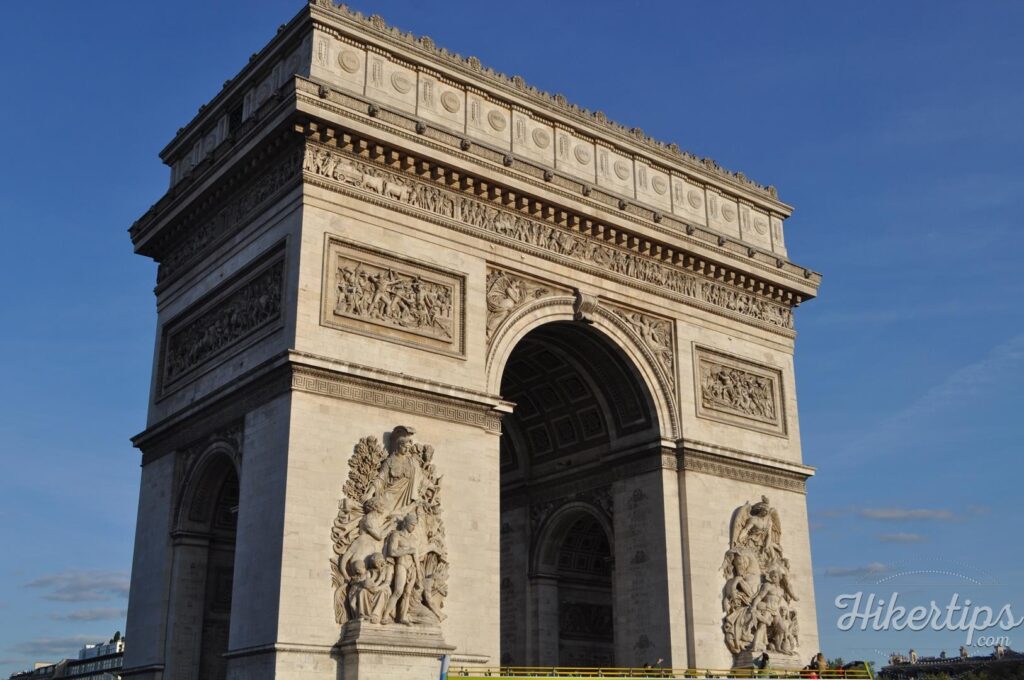 3. L’ Avenue des Champs-Elysees (Champs-Elysees Avenue) is a famous avenue in Paris which connects La Place de la Concorde and L’Arc de Triomphe. In my opinion there is nothing special about this place, but if you are a fashion lover or a shopaholic this place might be perfect for you, because you can find a lot of shops belonging to famous brands here. To my mind, the most beautiful monuments you can find in this area are the Old Egyptian Obelisk and the Triumphal Arch situated at each end of the avenue. 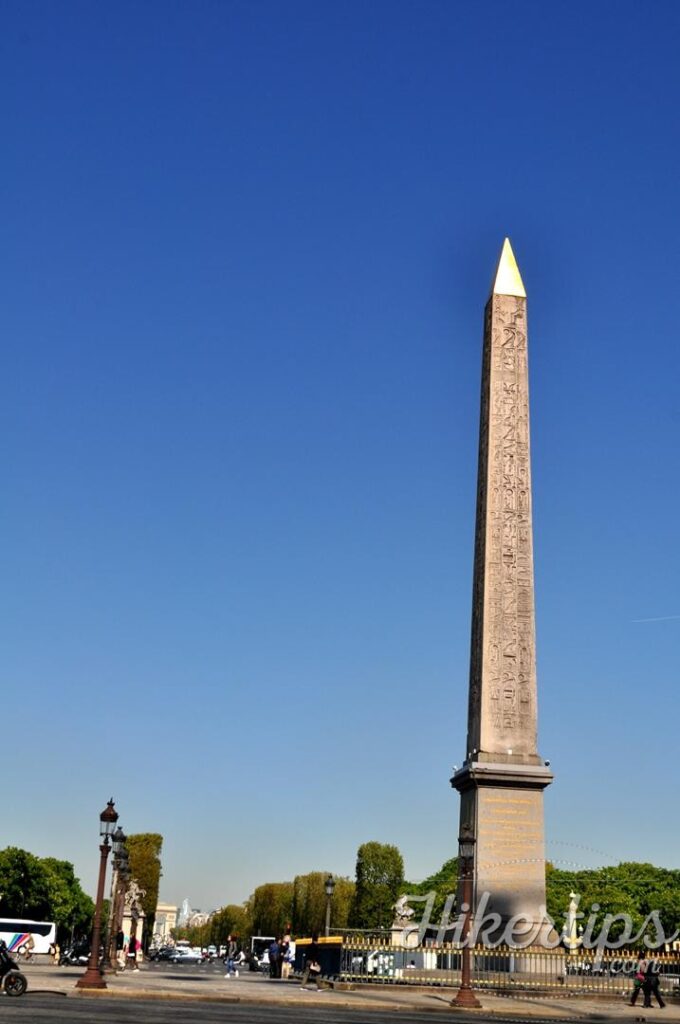 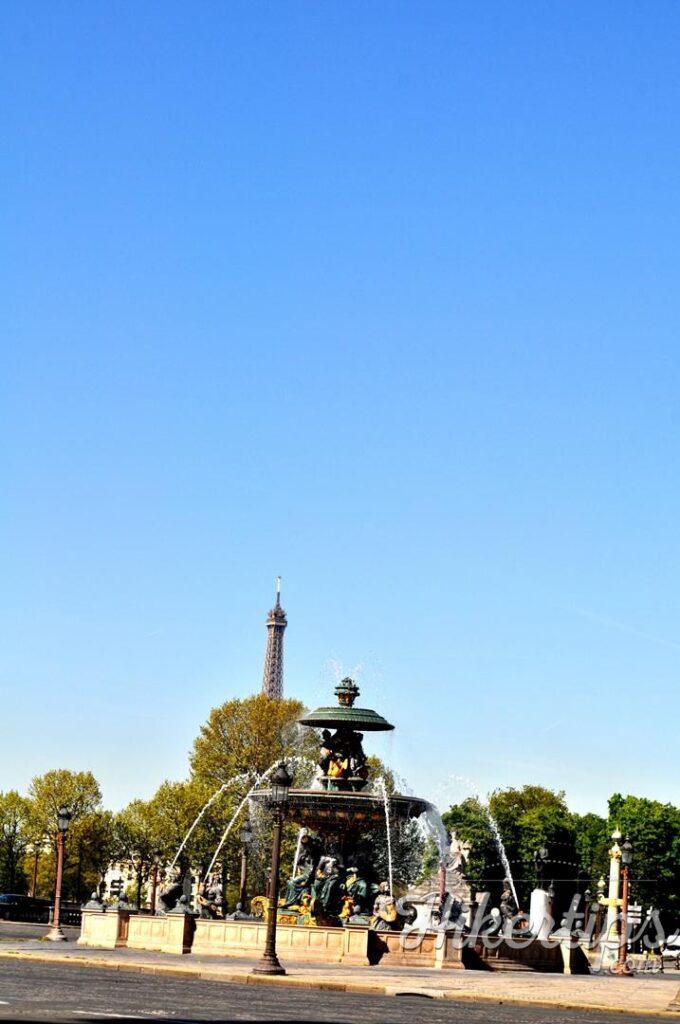 4. La Grande Roue de Paris (The Big Wheel) is a 70 meters tall transportable Ferris wheel. It was originally built for the Universal Exposition that took place in Paris, in 1900. A really interesting fact about this wheel is that it was moved to several cities in the world, on different occasions. This year La Grande Roue has returned to Paris and it will be there until September. You can admire the wheel in La Place de la Concorde, at the entrance to the Tuileries Gardens. 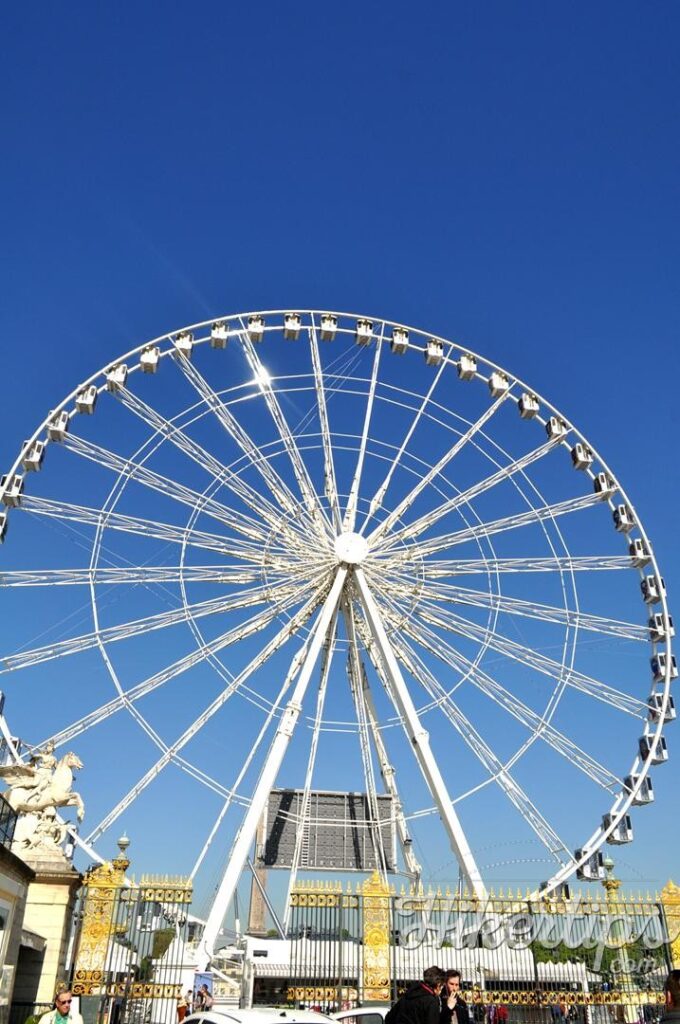 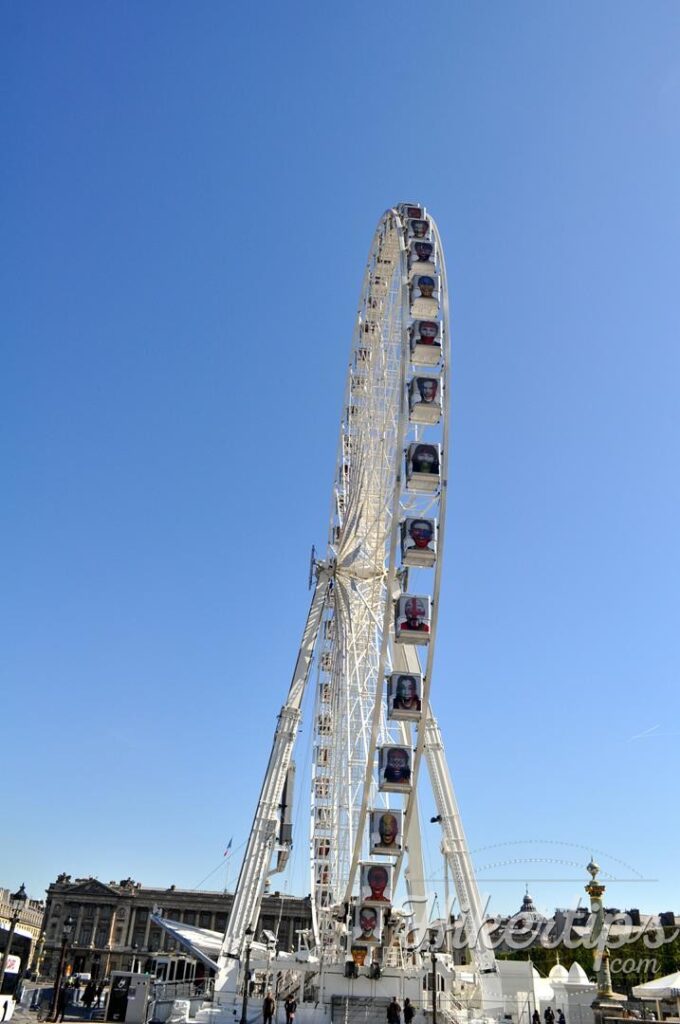 5.Le Pont Alexandre III (Alexander III Bridge) is a bridge over the Seine that connects the Champ-Elysees quarter with the Invalids quarter and the Eiffel Tower quarter. This bridge seems to be a deck arch and it is decorated with interesting golden statues situated on high granite pillars, sculptures of cherubs and nymphs and lovely lampposts. Le Pont Alexandre III is the most ornate and extravagant bridge in Paris. A really interesting thing about it is the fact that each of its beautiful ornaments was crafted by a different artist. 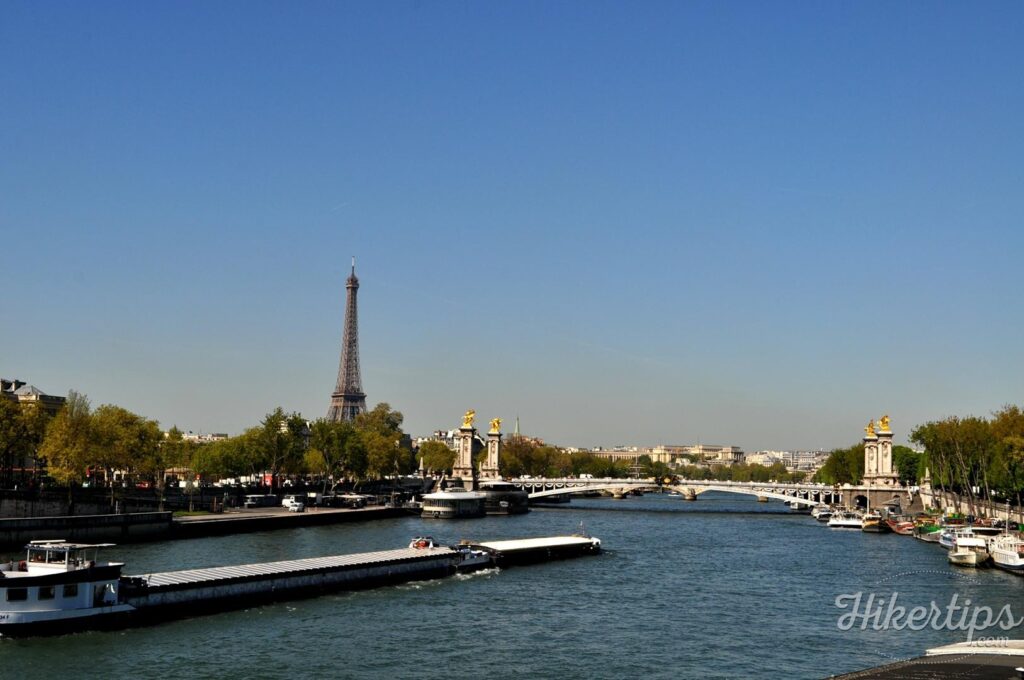 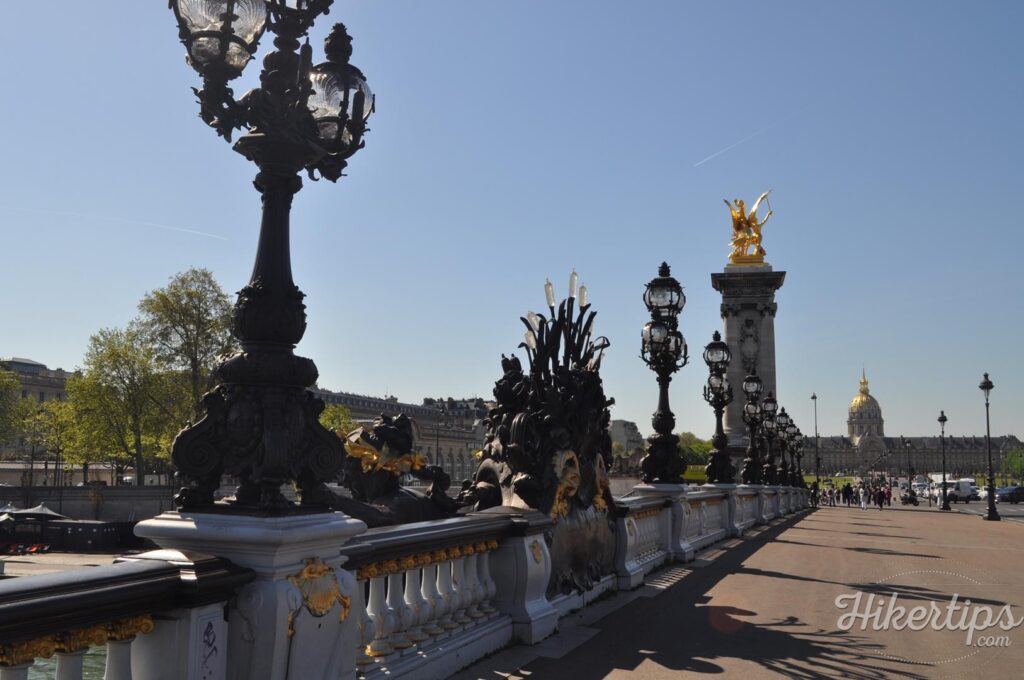 6.La Colonne de Juillet (July Column) is a 47 meters tall monument built on a white marble base. This column is embellished with a variety of high relief ornaments and a golden statue on top, called La Genie de la Liberte. Situated in the center of Bastille Square, the July Column was built to commemorate the Revolution of 1830, after the demolition of the Bastille Prison. The names of the people who lost their lives during this revolution are engraved on the surface of this column. 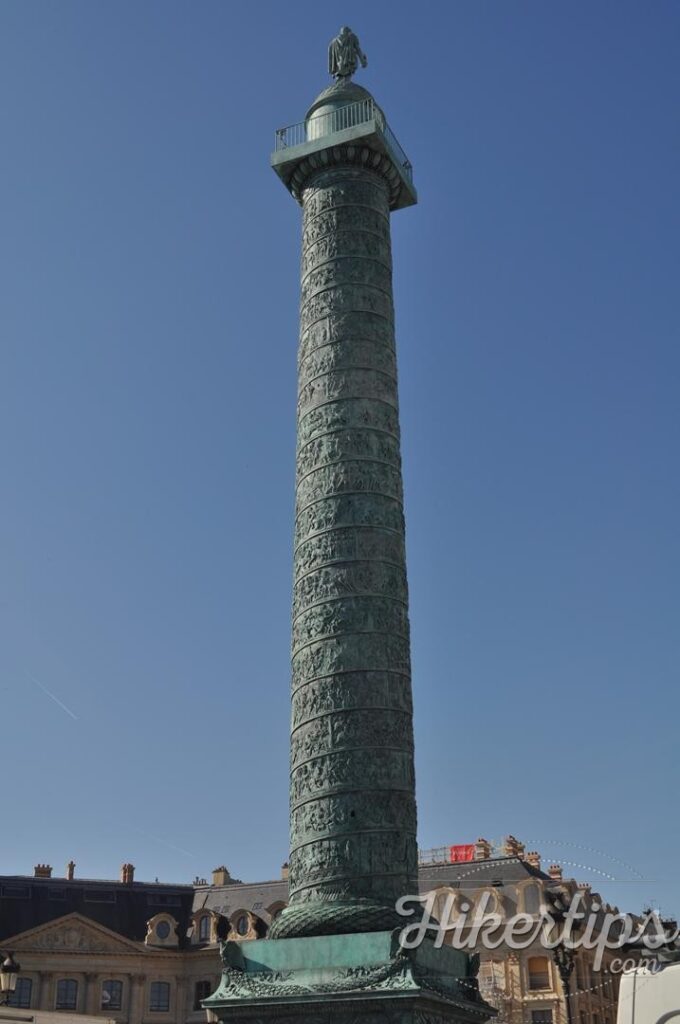 7.Le Palais Garnier (Garnier Palace) hosts the Parisian opera and also the ballet of the opera. Embellished with marble columns, friezes, sculptures and two large golden statues, this imposing building has a special charm.  It is considered the most famous opera house in the world. The entire quarter is interesting to visit because it hosts a lot of shops, offices, headquarters and galleries. For example you can find the famous Lafayette Galleries in this area. 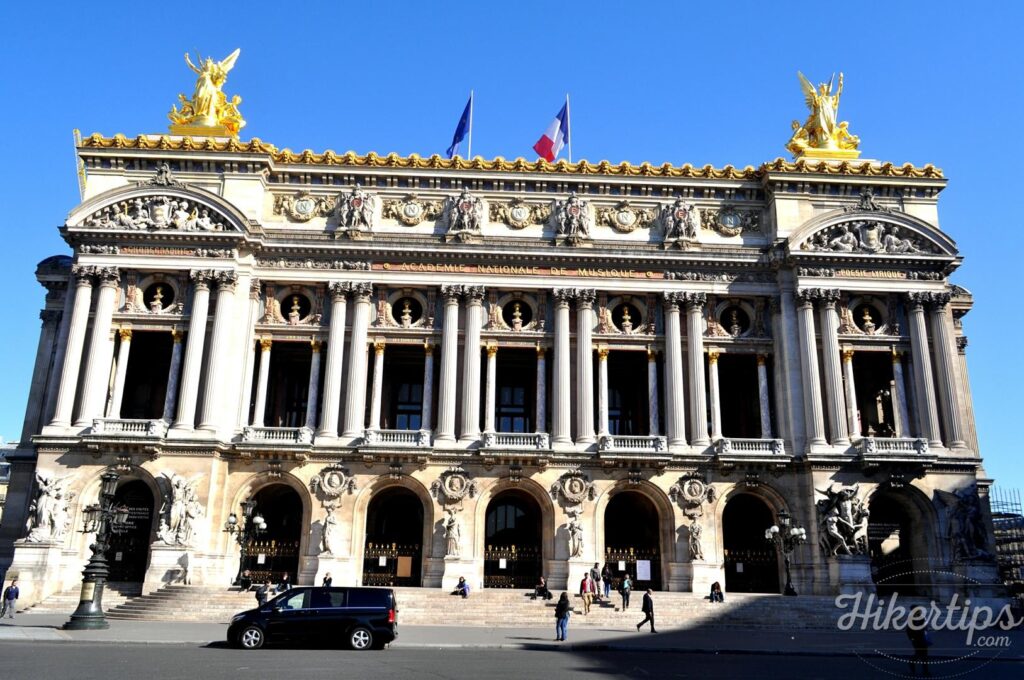 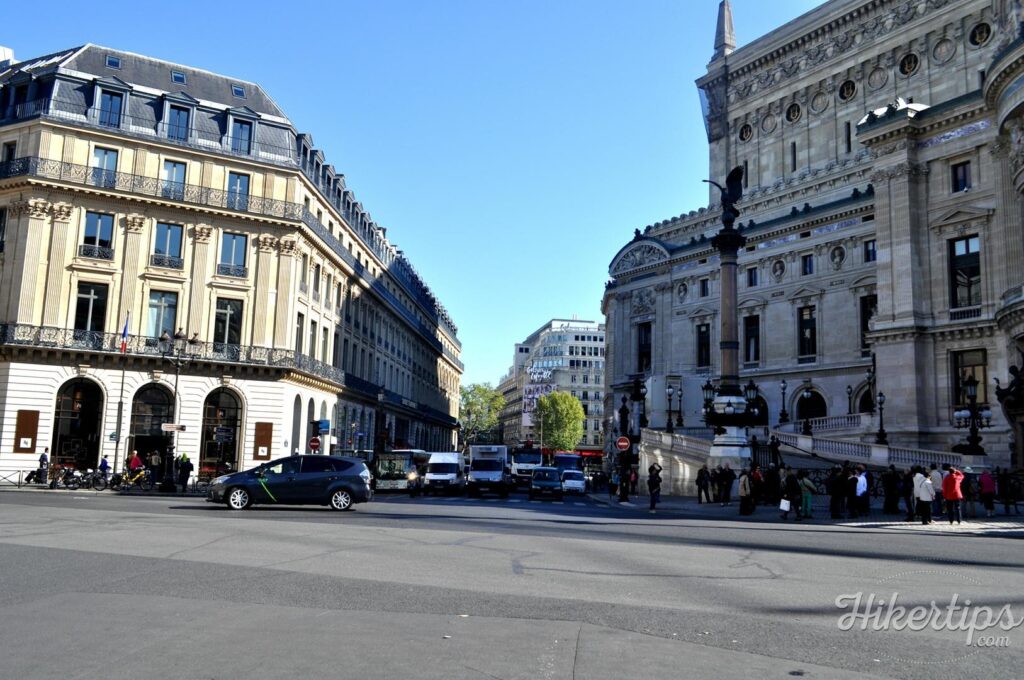 8. La Sainte-Chapelle (the Holy Chapel) is a royal chapel built in a Gothic style, located on l’ Ile de la Cite. Even if its exterior seems to be pretty simple, this lovely church is famous for its impressive interior. Dedicated to Virgin Mary, the Holy Chapel is a wonderful example of French architecture: stained glass windows, painted stonework and a lovely blend of lights and colors.

9.Notre-Dame de Paris (Notre-Dame Cathedral) is a famous Gothic cathedral built on the ruins of two old churches.  Once you get in front of the cathedral, you will be impressed by two massive towers. Embellished with interesting carvings, royal figures, large stained glass windows and flying buttresses, the exterior of Notre-Dame Cathedral is really imposing. This is the reason why it is considered one of the finest examples of French Gothic architecture in the world. 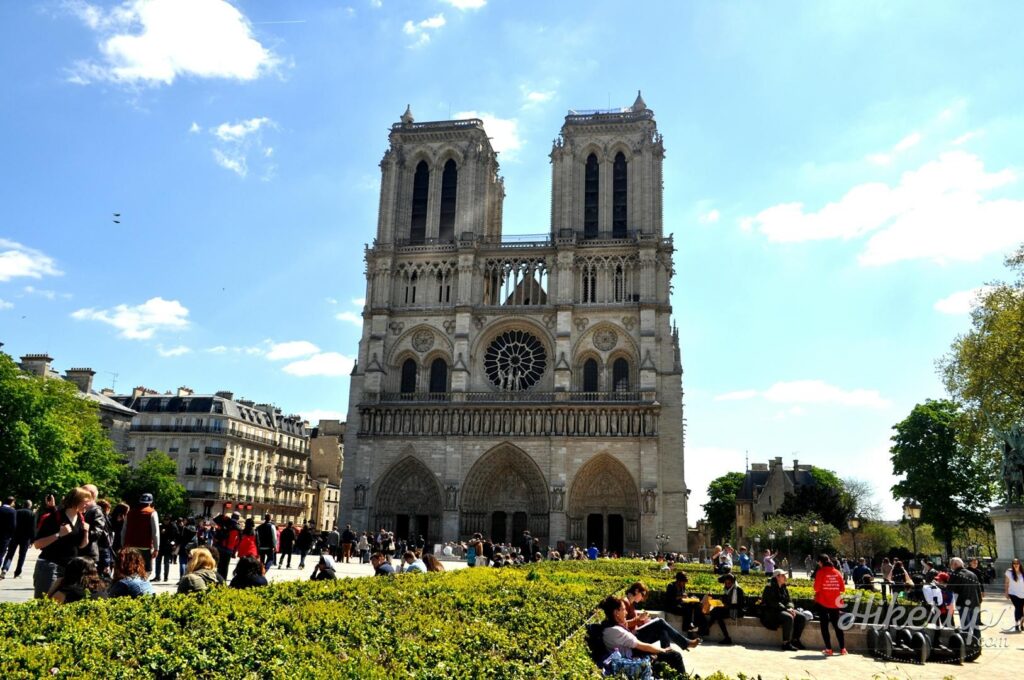 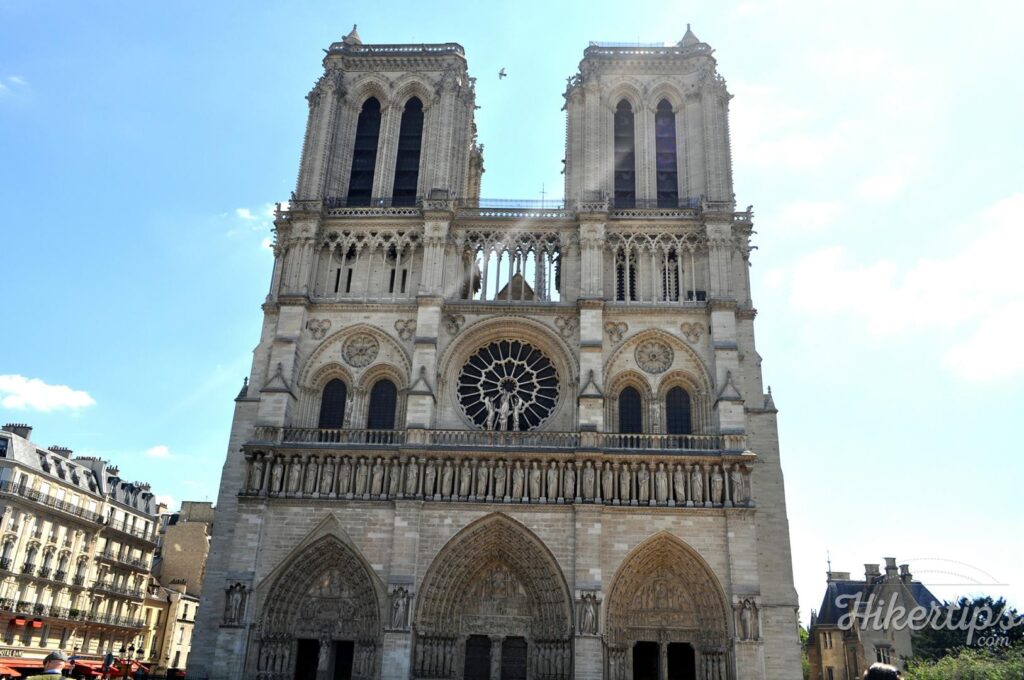 10.Le Musee du Louvre (The Louvre Museum) is the largest history and art museum in France and one of the most important museums in the world. Hosted by the Palace of Louvre, this interesting museum displays a collection of more than 35000 works of art: paintings, sculptures, decorative objects, graphic art elements, jewelry and antiquities. It is a really interesting experience to admire all those collections of objects that belong to different civilizations and cultures.  The symbol of this museum is Pei’s glass pyramid, situated in front of the museum. In my opinion this pyramid is the most photographed exhibit belonging to the Louvre Museum. 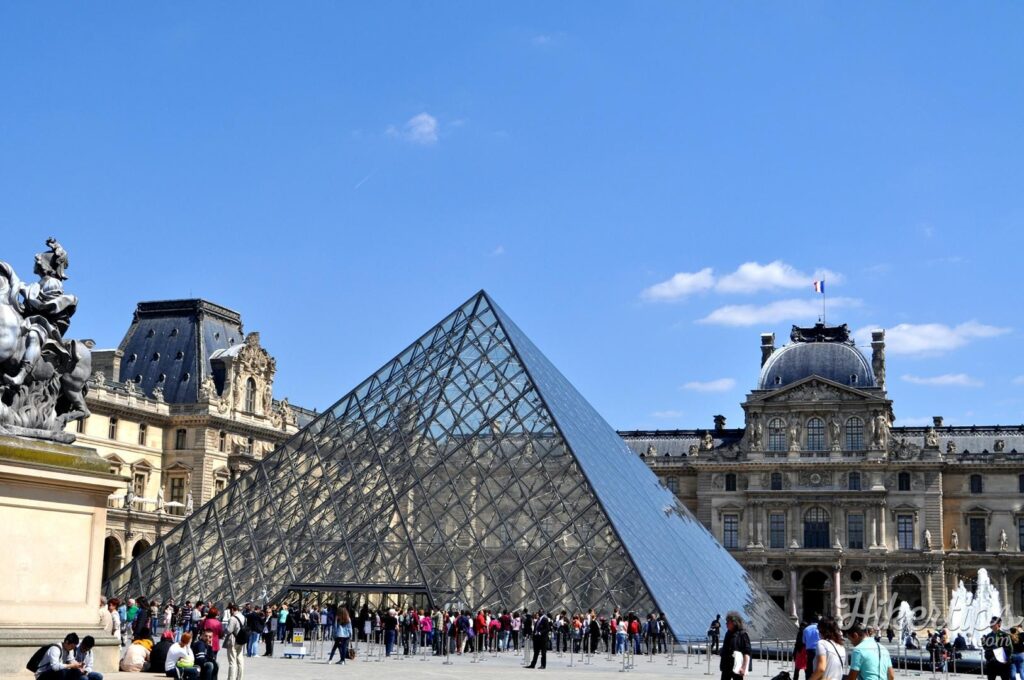 11. La Basilique du Sacre Coeur (The Sacre-Coeur Basilica) is a beautiful Roman Catholic church, dedicated to the Sacred Heart of Jesus. Located on Montmartre, the highest area in the city, in Saint Pierre Square, this church has an impressive exterior built in the shape of a Greek cross. Its interior is decorated with stained glass windows, sculptures, statues and mosaics. The panoramic view that can be seen from its terrace is indeed spectacular. 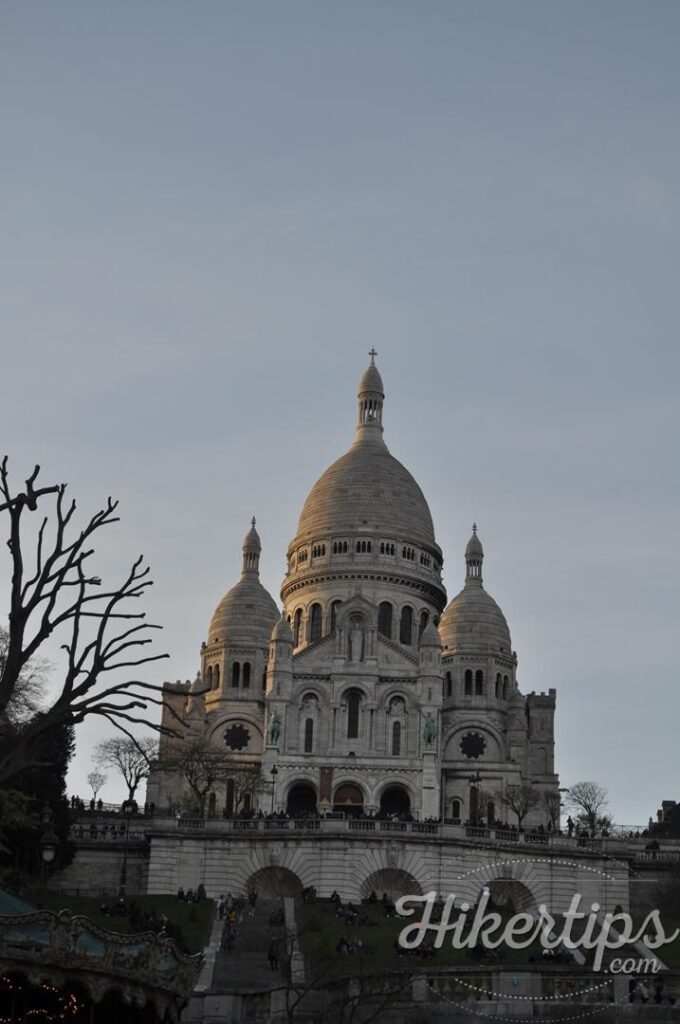 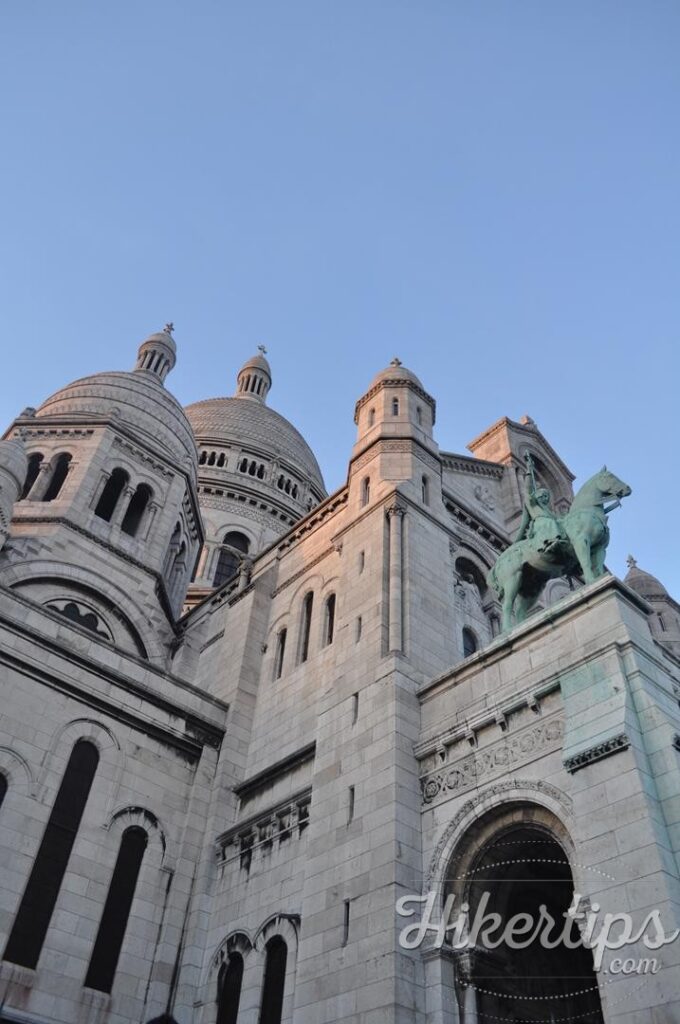 12. Moulin Rouge is a famous cabaret situated close to Montmartre, in the lively Pigalle quarter. This place is well known for the modern rebirth of the can-can dance. This type of dance is an entertaining seductive dance that implies an extravagant choreography and costumes. Moulin Rouge is an important tourist attraction which still offers interesting dance performances. 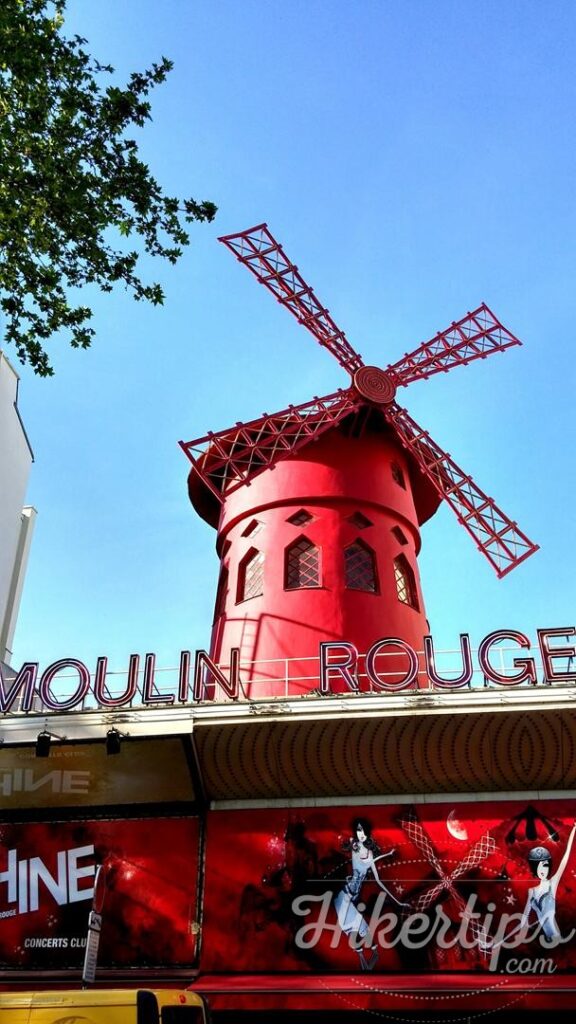 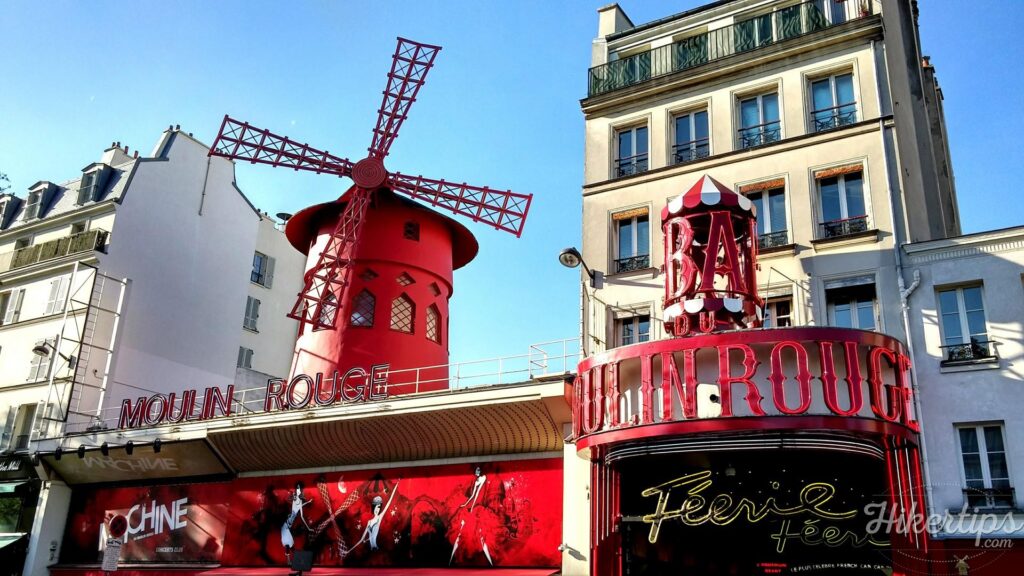