It is the second time I have visited Slovakia and to my surprise this country managed to impress me again. A few years ago, when I first visited Bratislava,

I felt a real pleasure exploring the vibrant streets of this city. Even though Bratislava was a lovely experience, during my second visit to Slovakia, I felt the need to explore some more picturesque places situated far away from the fuss of big cities.

I must confess that this trip was a three-day marathon, because I tried to visit as many places as possible in this short period of time. Looking back, I can say that I managed to visit even more places than I had planned in the beginning of my trip. In case you plan a short road trip to Slovakia and you don’t know what to visit there, maybe my three-day trip itinerary will help you.

My first day in Slovakia started with Bojnice, a small town with a simple and beautiful architecture. Besides the narrow streets that can be explored step by step, there is also a gorgeous castle and a zoo. 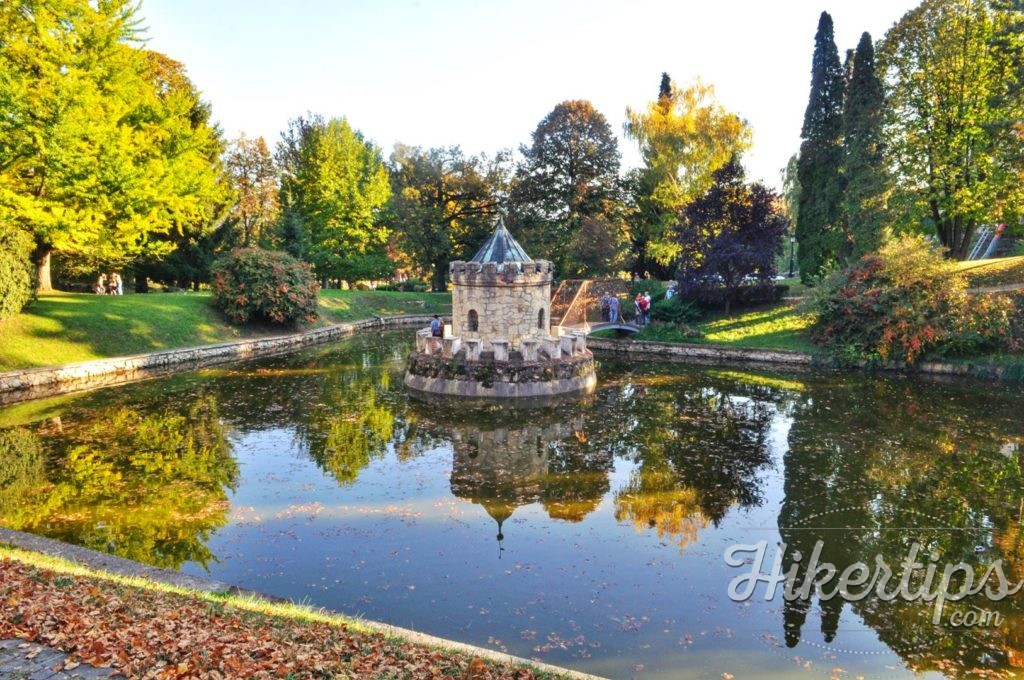 The Bojnice Castle was actually the place which made me plan this trip, after I saw a picture on the internet. Surrounded by a large green area, the silhouette of the castle which stretches on a mound seems to be cut out of a fairy tale. It goes without saying that it was a real pleasure to take a walk around the castle and admire its beauty.

In order to visit the Bojnice Castle you have to pay an entrance fee, but it is worth the money because here you can admire an old furniture collection, paintings and other valuable items of national significance. As a bonus, if you pay the entrance fee, you can also visit a cave which is situated under the castle. 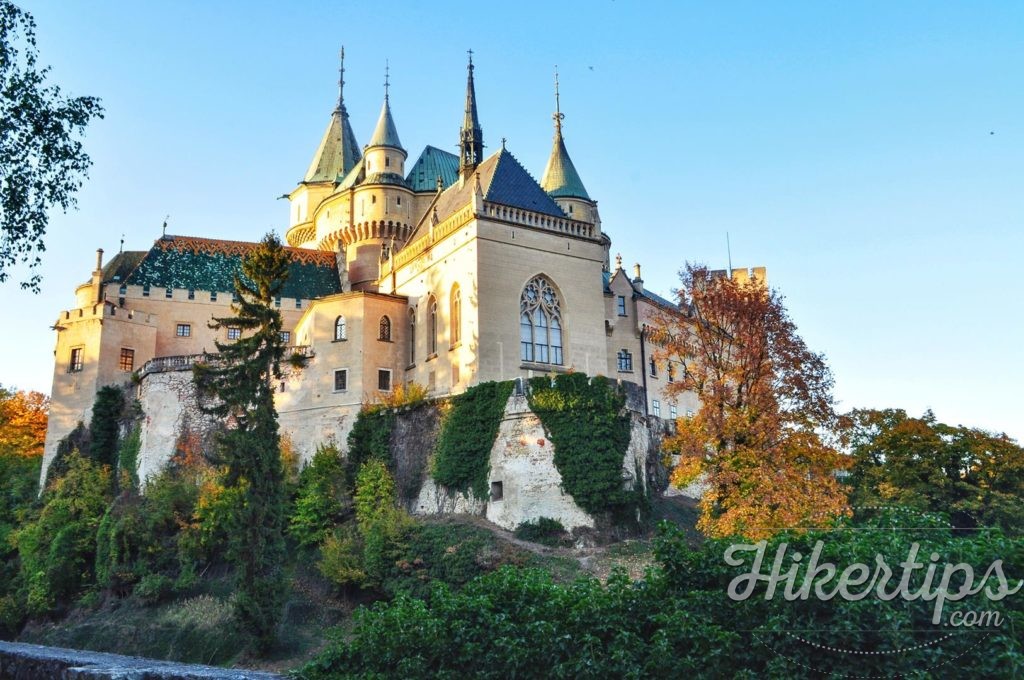 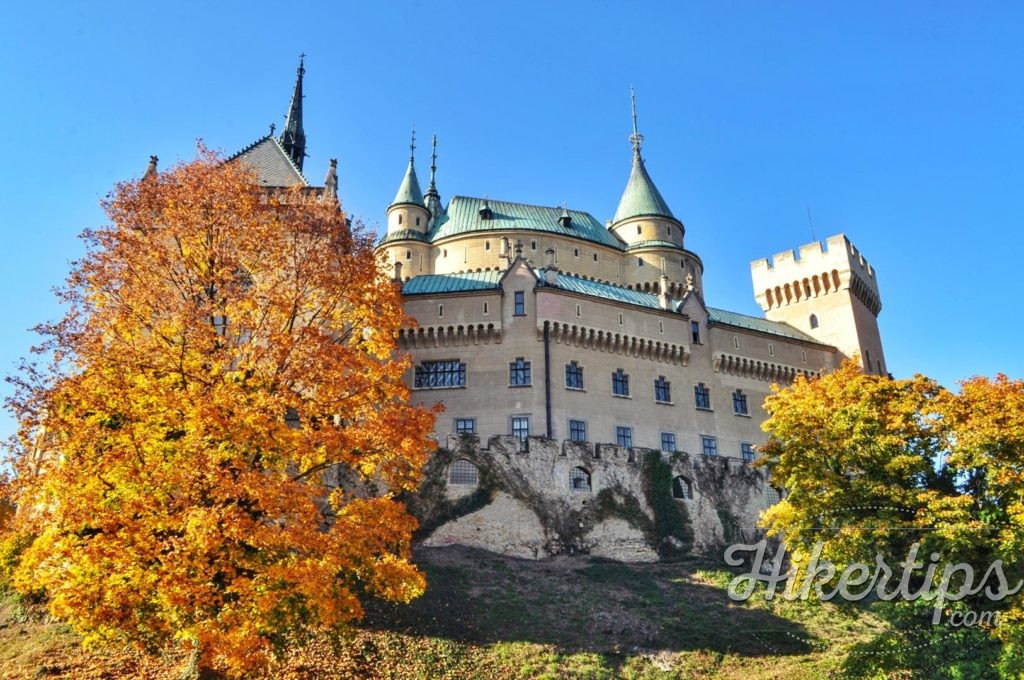 Situated very close to the castle, the Bojnice Zoo is another famous tourist attraction in the area. This zoo was opened to the public in 1955 and it is considered the oldest zoo in the country. Covering an area of 42 hectares, the zoo is worth visiting, if we take into account the fact that it is home to 390 different species and 2630 creatures.

I added the Bojnice Zoo to my trip list because I really wanted to see the variety of species sheltered by this zoo and also because I wanted to recharge my batteries after an exhausting day. It turned out to be an inspired decision because I spent a few moments of relaxation inside this zoo. The pavilions filled with monkeys and elephants, the aquarium and the terrarium are the areas which I liked the most. 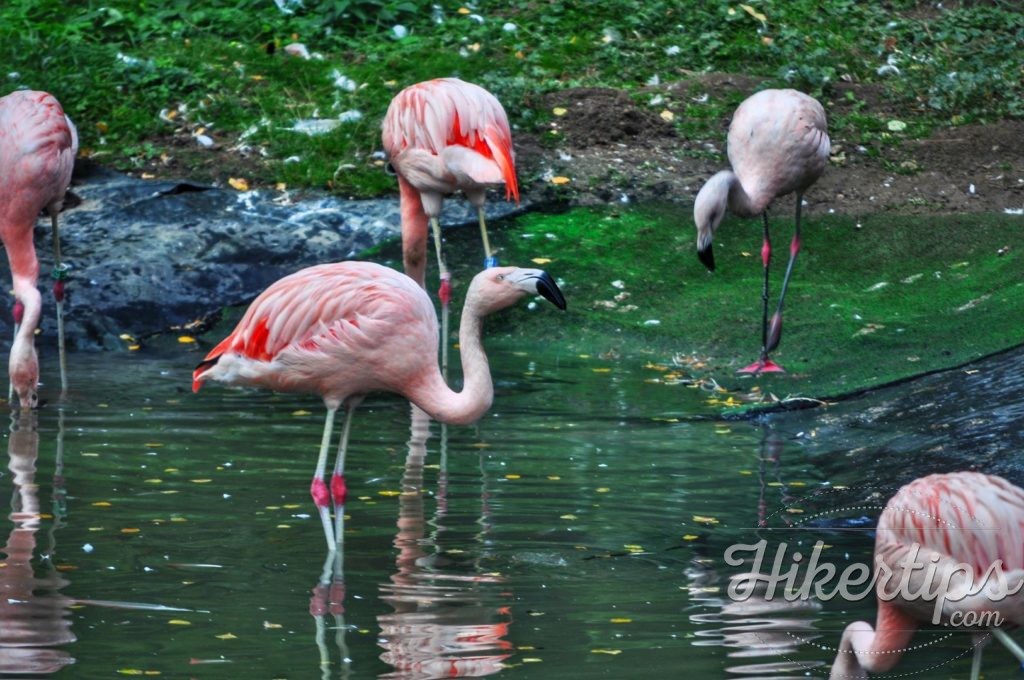 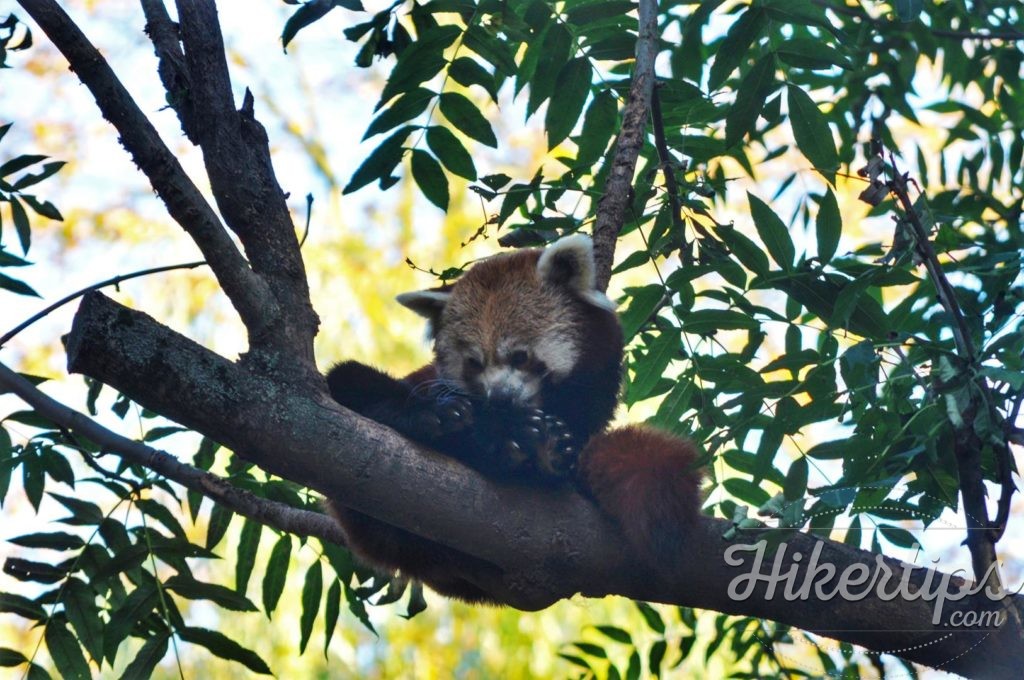 The second day I continued exploring the town of Bojnice and I visited an amazing tourist attraction. Even though the Sightseeing Tower (Výhliadková Veža Bojnice) is the newest tourist attraction in Bojnice, it is in my opinion the most interesting one. This 30-meter tall tower has recently been built by a local investor because he wanted to increase the number of tourists in the area. This spiral tower is made of steel and wood and it has a very interesting appearance.

In my opinion, the most interesting aspect is the fact that the tourists can reach the top of the tower using a solid wooden walkway. Reaching the top of the tower doesn’t involve much effort but even if it did, the panoramic terrace situated on top of the tower is really worth the effort.  For me, it was a real pleasure to spend time on this terrace and admire the incredible views over the Bojnice Castle and over the surrounding areas. 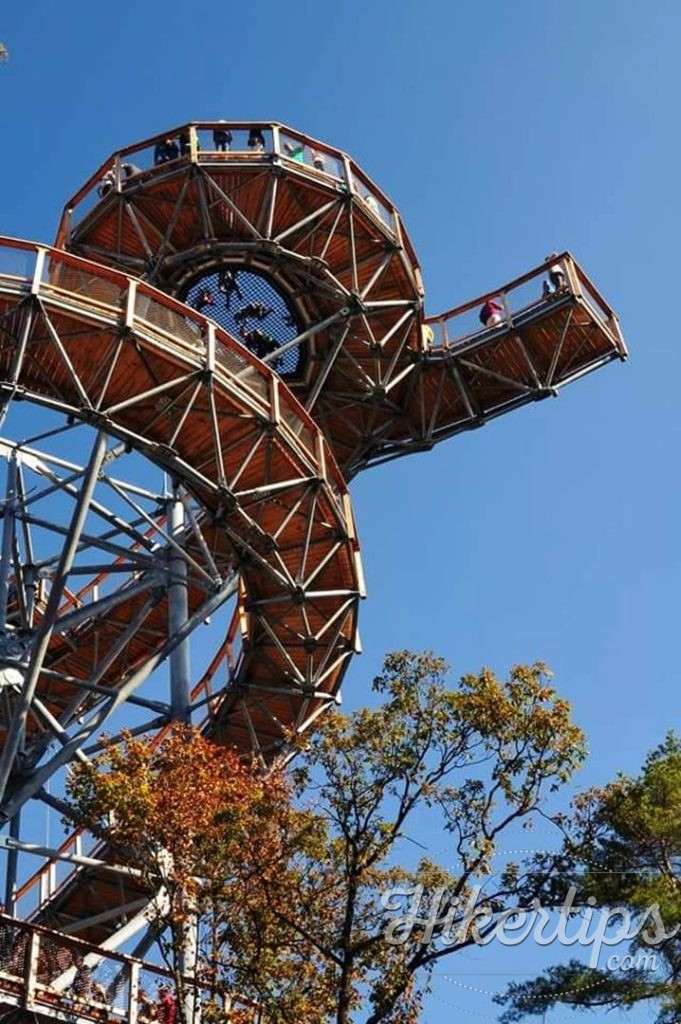 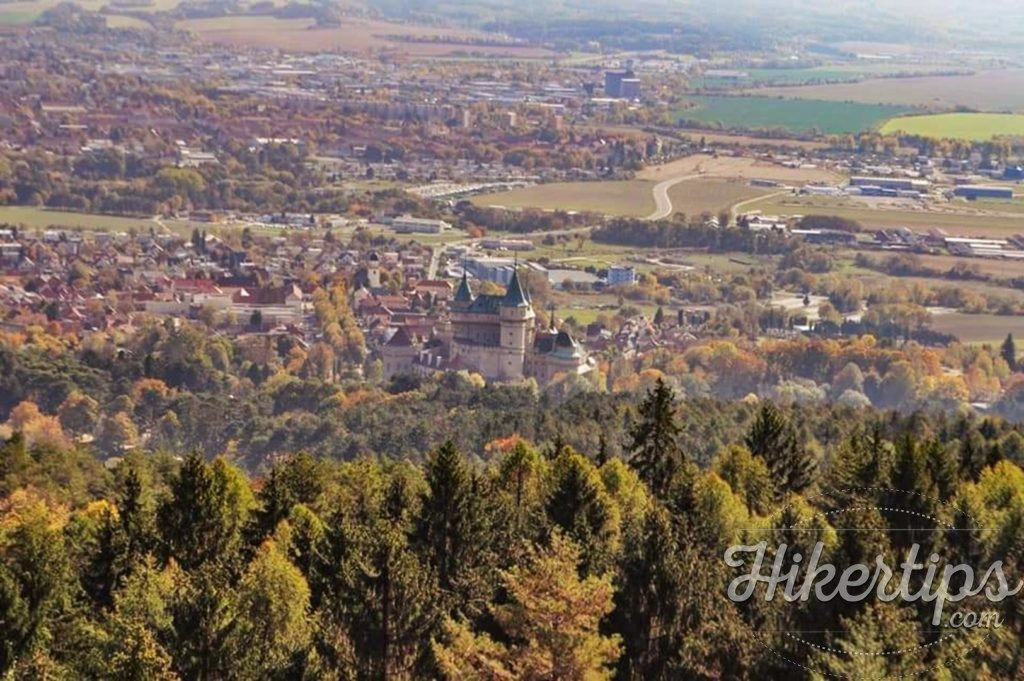 The next stop was in the town of Kežmarok, in the Spiš region, where I visited two beautiful religious edifices. The first one was the Wooden Articular Church or the Evangelical Church of the Holy Trinity, an old edifice built in 1717. This small church is famous for its fascinating interior with exceptional wall paintings and wood carvings. There are only a few articular churches which are still standing in Slovakia today and the Wooden Articular Church is considered the most beautiful one. This unique building is made of yew and red spruce wood, without any metal components.

The second one was the New Evangelical Church, situated near the Wooden Articular Church. This church was built between 1872 and 1894 in the electric style and it incorporates a blend of elements from previous historical styles. Having a distinctive and original appearance, it is considered a national cultural monument in Slovakia. Its colored exterior is perfectly symmetrical and it seems to dominate the entire area. 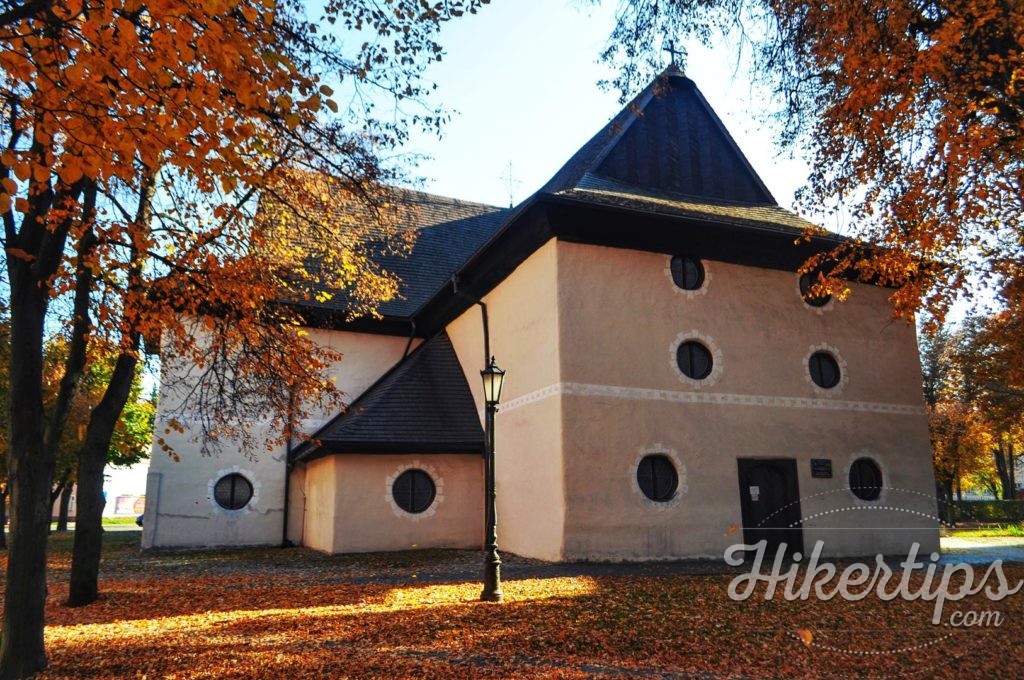 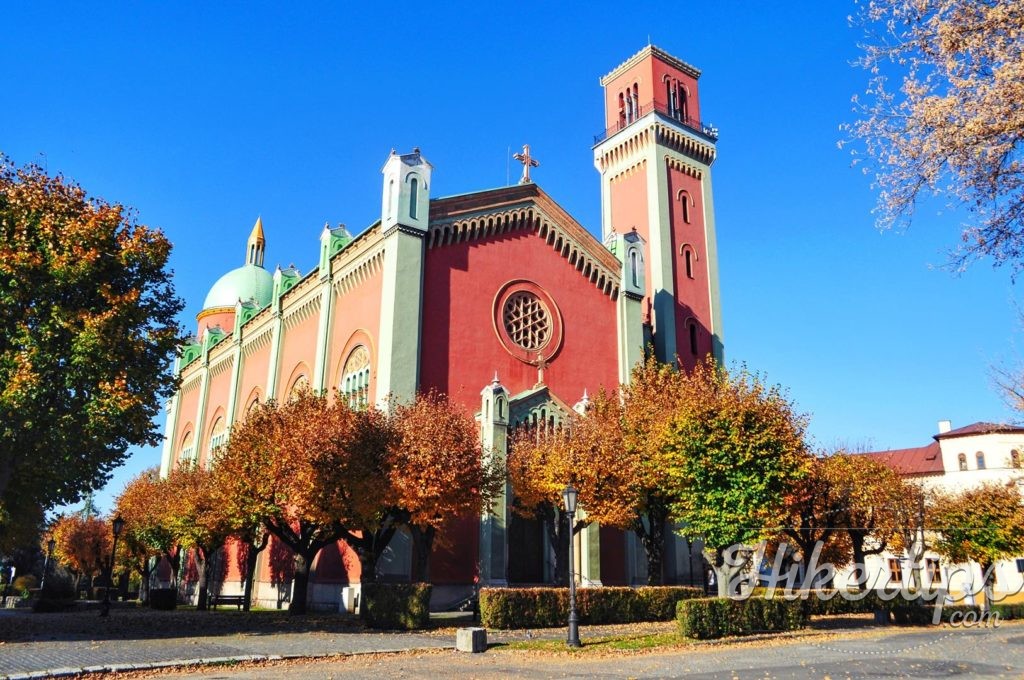 The Spiš Castle (Spissky Hrad) was another beautiful place I visited during my second day in Slovakia. The Spiš Castle was built in the 12th century, on the ruins of a Celtic fort. It lies majestically in a picturesque area, above the town of Spišské Podhradie. This stone castle is one of the largest in Europe and a perfect setting for movies. It played an important role in the history of the country, if we take into account that it was the seat of the most important feudal lords in the Spiš region.

If you pay an entrance fee, you can visit the ruins of the old castle, together with a small museum and a small exhibition of historical objects. Even though only the ruins of the imposing castle are still standing today, I really liked the few hours I spent inside the walls of the Spiš Castle. The ruins are well preserved and the objects that can be admired inside the castle are really interesting. 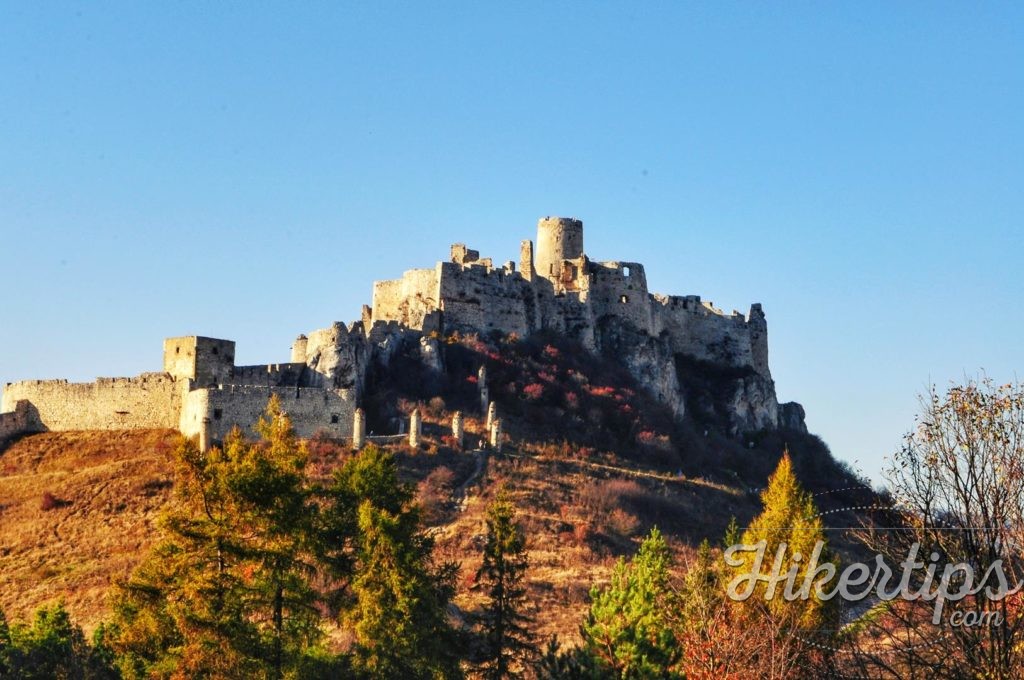 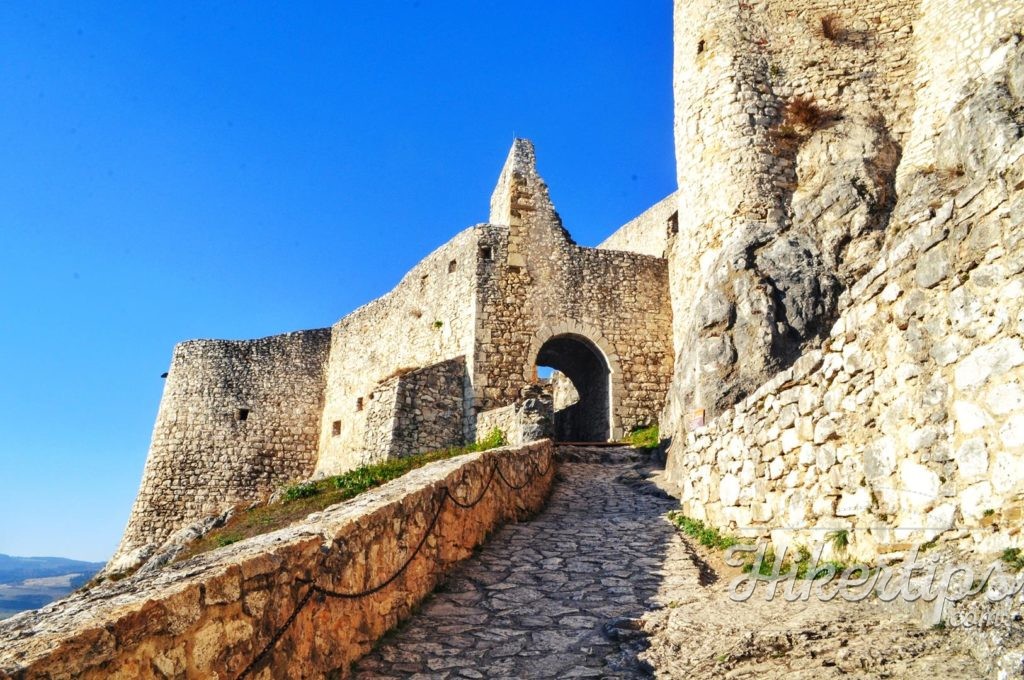 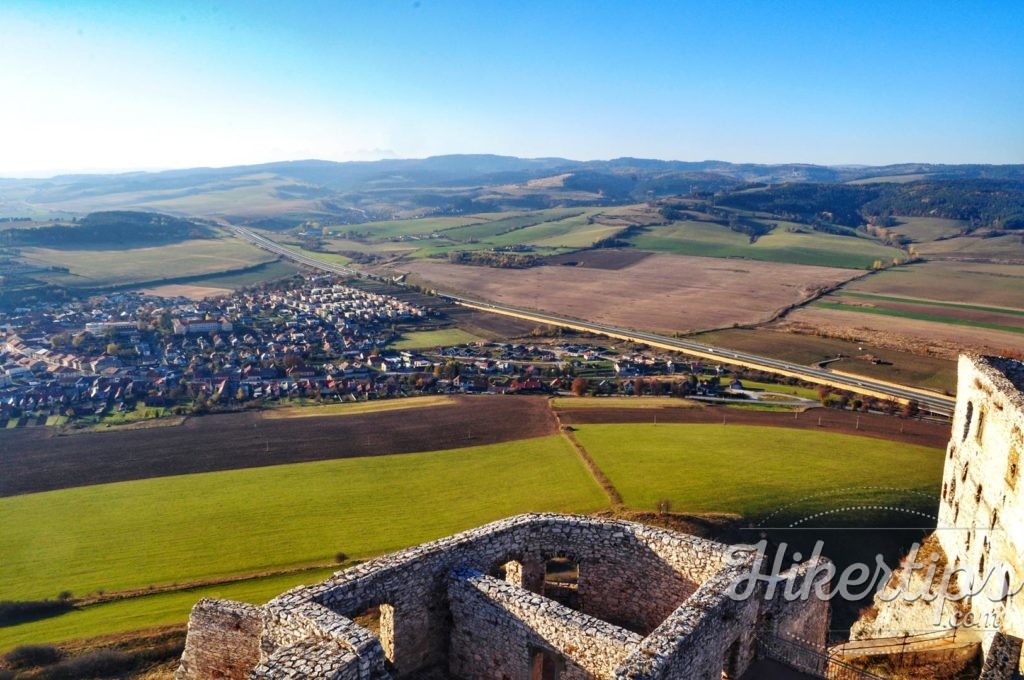 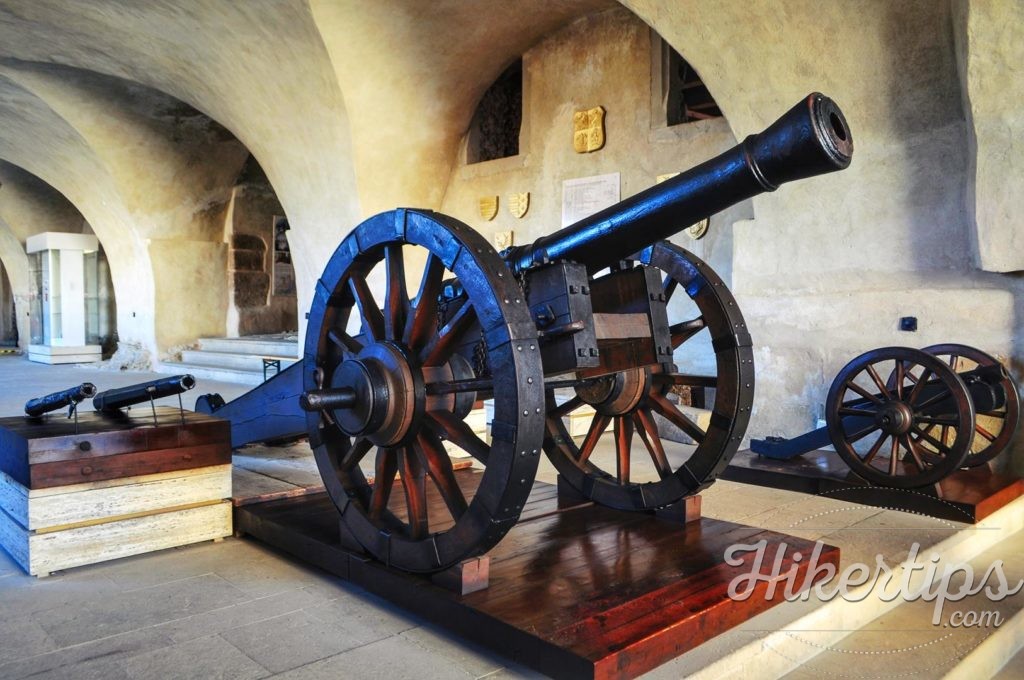 The day ended with a short walk in the center of Košice, which is the second largest city in Slovakia. It was a real pleasure to admire Košice by night. Even though it’s not a spectacular city, it still has some beautiful places to offer.

My third day in Slovakia was entirely dedicated to Košice. I wanted to explore its most beautiful tourist attractions and I started with St. Elisabeth’s Cathedral which is probably the symbol of the city. This Gothic cathedral is the largest religious edifice in Slovakia. Blessed with a beautiful architecture, this edifice dominates the entire city center. I stared at this cathedral for minutes because I couldn’t take my eyes off all those beautiful architectural details. After I admired its stunning exterior, I visited its simple, but interesting interior. The high columns, the opulent aisle and the colored stained glass windows caught my attention.

However, climbing inside the imposing bell tower was the part I enjoyed the most. If you pay an entrance fee, you can climb the double spiral staircase of Sigismund Tower and you will have the chance to admire panoramic views over the entire Košice. 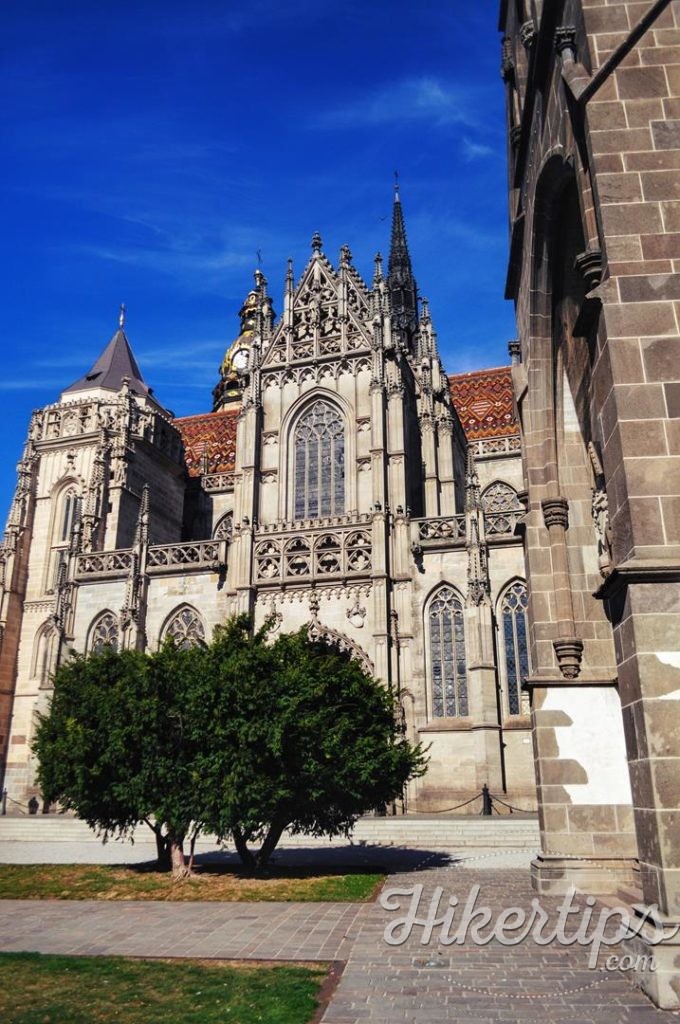 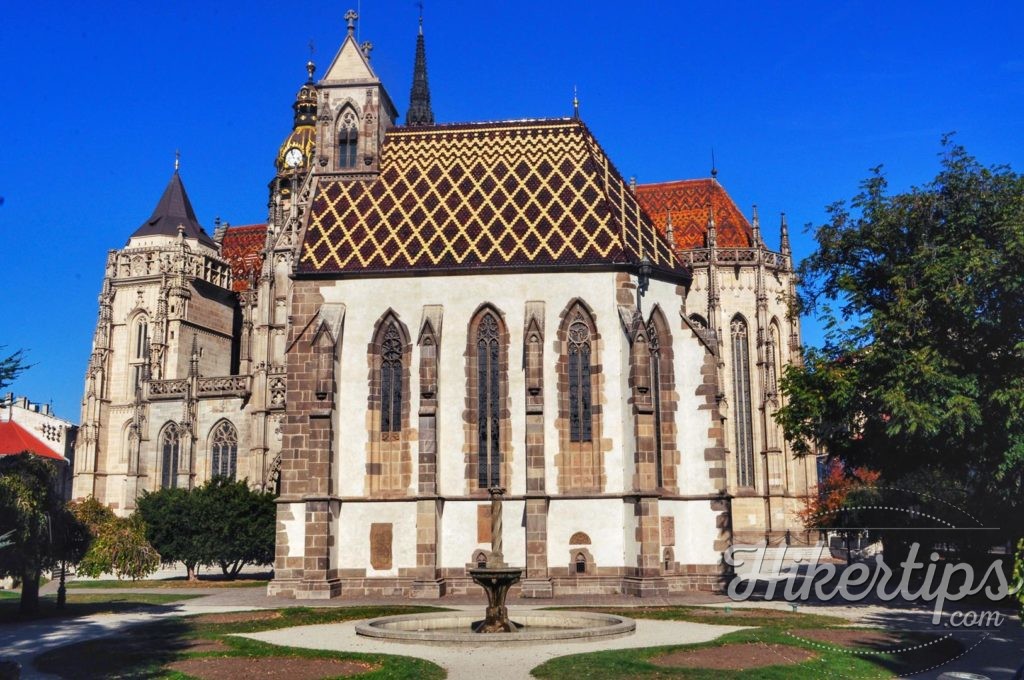 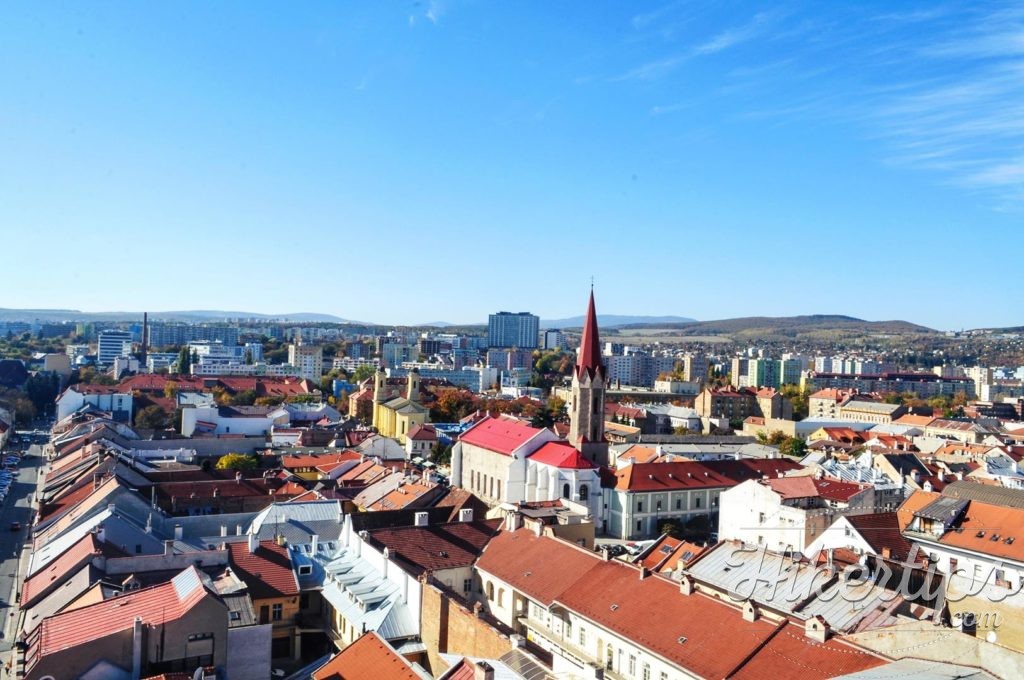 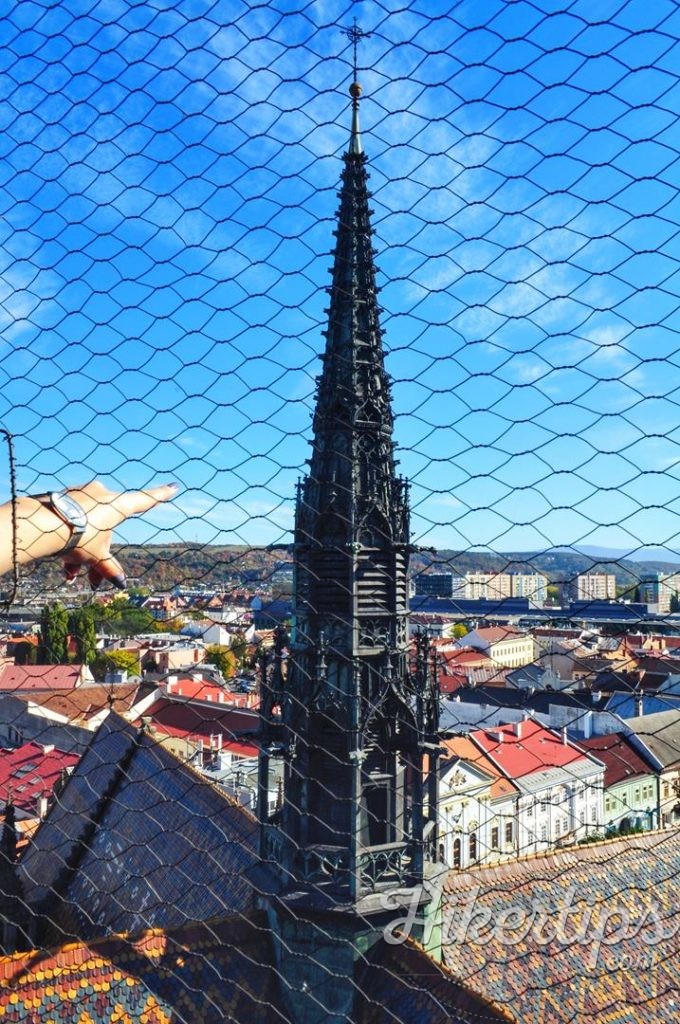 St.Urban’s Tower and St.Michael’s Chapel are two other buildings in Košice which I really enjoyed visiting. Both buildings were built in the 14th century and they are situated to the right and left of St.Elisabeth’s Cathedral. It is practically impossible not to notice their beautiful architecture.

St.Urban’s Tower has a simple appearance with a pyramidal roof and a church bell situated atypically directly on the ground, right in front of it. It is said that the tower and the church bell were both dedicated to St.Urban, the patron of vinedressers. St.Michael Chapel was originally built as a cemetery chapel and it was named after St.Michael, who is considered the saint of the dead. 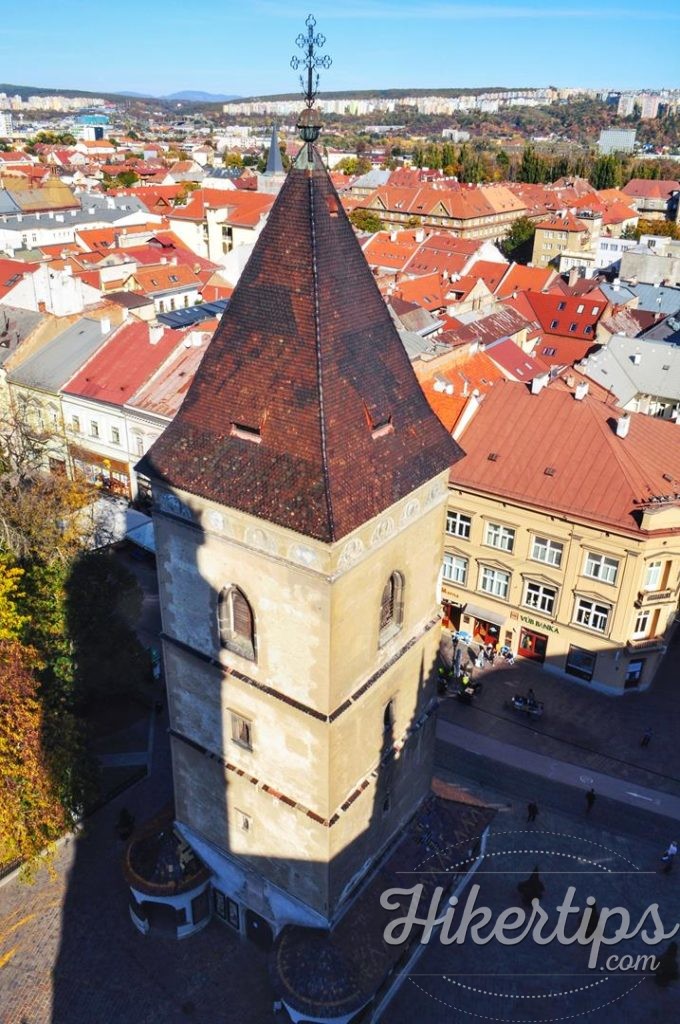 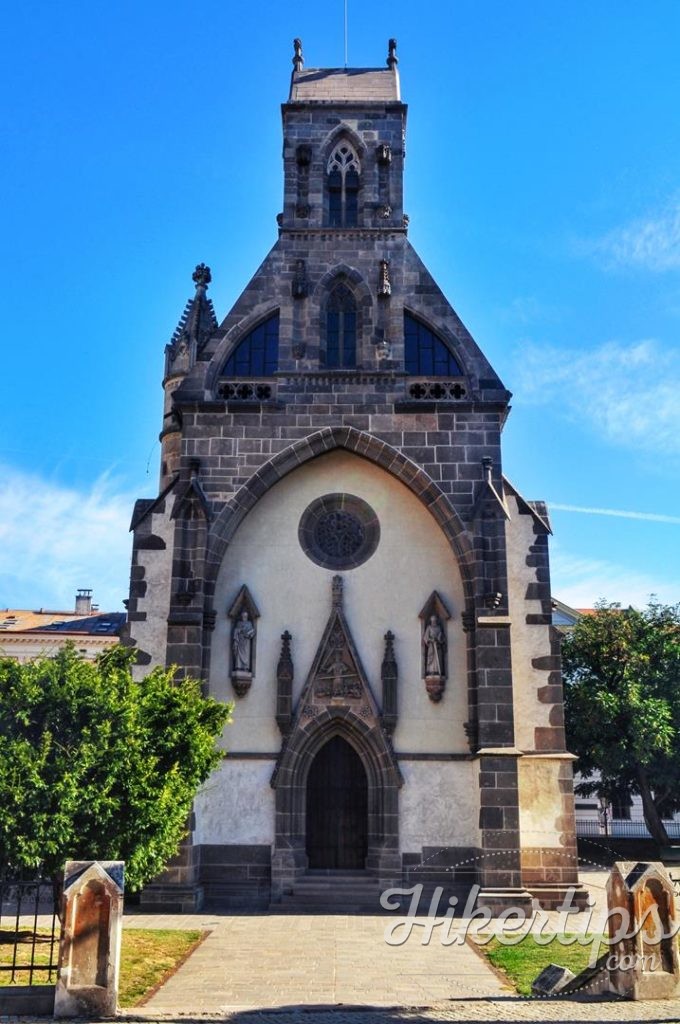 Not far away from these places, I spent a few relaxing moments in front of the Singing Fountain. The fountain is situated in the middle of a green space and this is the perfect place to rest while you are listening to its soothing songs.

A few steps away, lies the State Theatre, an imposing building which hosts different drama, ballet and opera shows.

Jakab’s Palace is another tourist attraction that caught my attention during my walk in the city center. This palace was a private house, which was later used as the residence of Edvard Beneš, one of the presidents of the former Czechoslovak Republic. 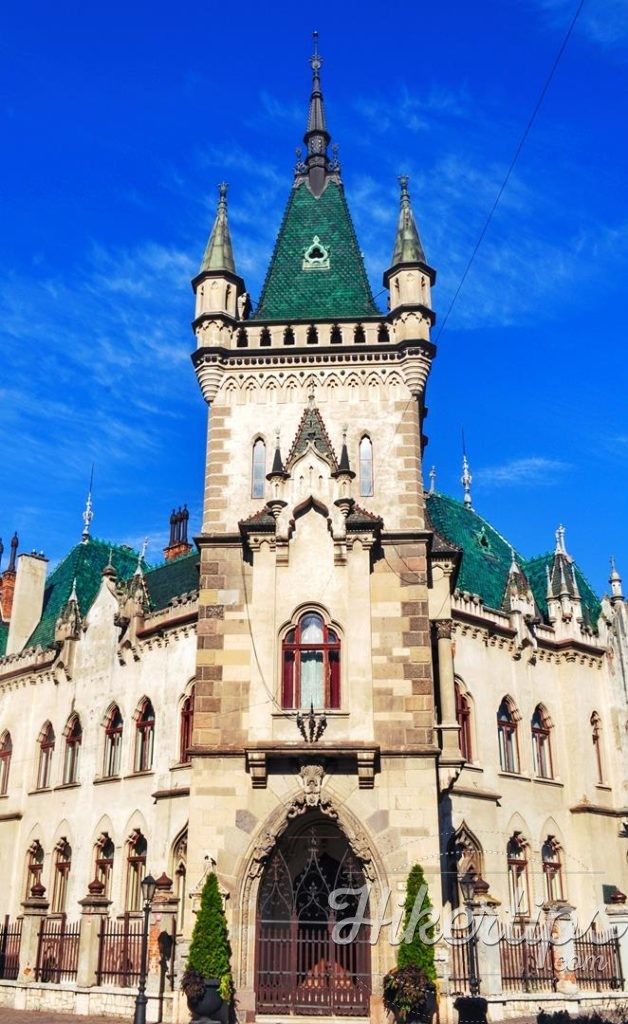 Unfortunately, I didn’t have time to visit more in Košice, but I’m very happy that I managed to see its most famous tourist attractions.

Overall, my second visit to Slovakia was a great experience. I visited beautiful places, I tried delicious food and even the weather was nice, taking into account that it was the middle of October. I hope that my three-day trip itinerary will inspire you in case you ever plan to visit this country.