When it comes to beautiful tourist attractions in Jaipur, the Amber Fort is the first place that comes to my mind. It was great to spend a few hours inside this fort and enjoy the picturesque scenery created by the beautiful Aravalli Hills and Maota Lake.

The entire area is simply gorgeous and gives you the feeling that you are in the middle of a fairytale setting. Situated 11 kilometers away from Jaipur, in Amer, a part of the Jaipur Municipal Corporation, the Amber Fort or the Amer Fort is considered the main tourist attraction in the area.

The Amber Fort was built in the 16th century, by Raja Shri Maan Singh Ji I, who was a brave general and also the chief army leader of the Mogul Emperor Akbar. 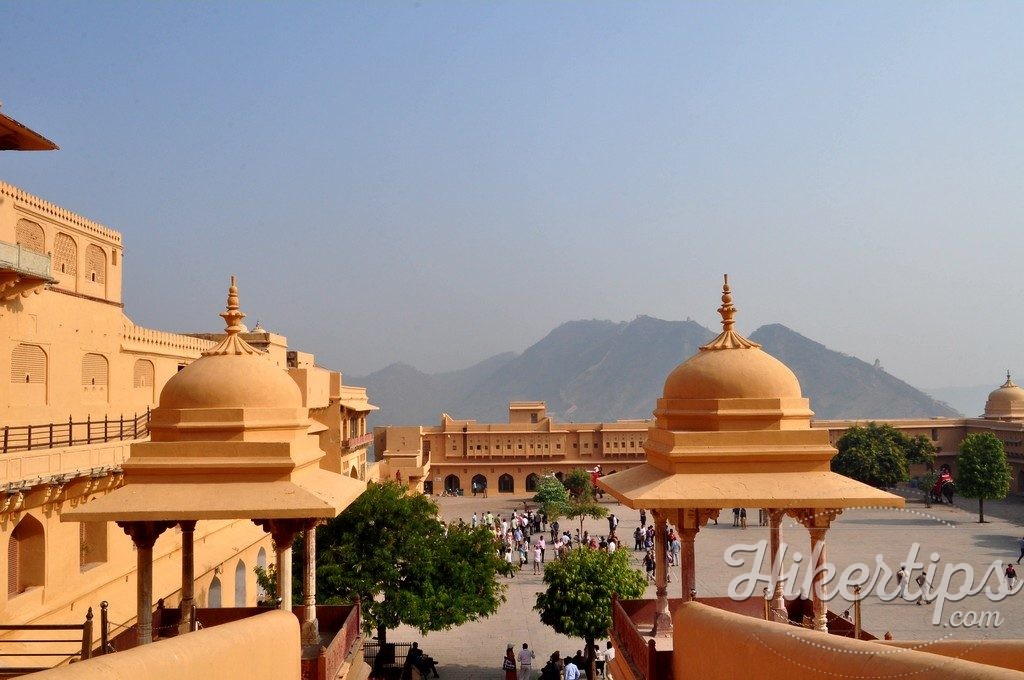 Made of red sandstone and white marble, the fort displays beautiful motifs from both the Hindu and the Muslim architectural style. Huge fortifications with large gates and courtyards, impressive ramparts, temples and palaces with gorgeous interior gardens are just a few of the places you can visit in the fort.

The entire complex is divided into four courtyards connected to each others. There are many places you can admire inside the complex, but in my opinion, you should definitely not miss the following ones:

The Jaleb Chowk is the main courtyard of the complex and the place where the emperor used to gather his armies. The courtyard is a huge open space where the armies used to hold their victory parades. 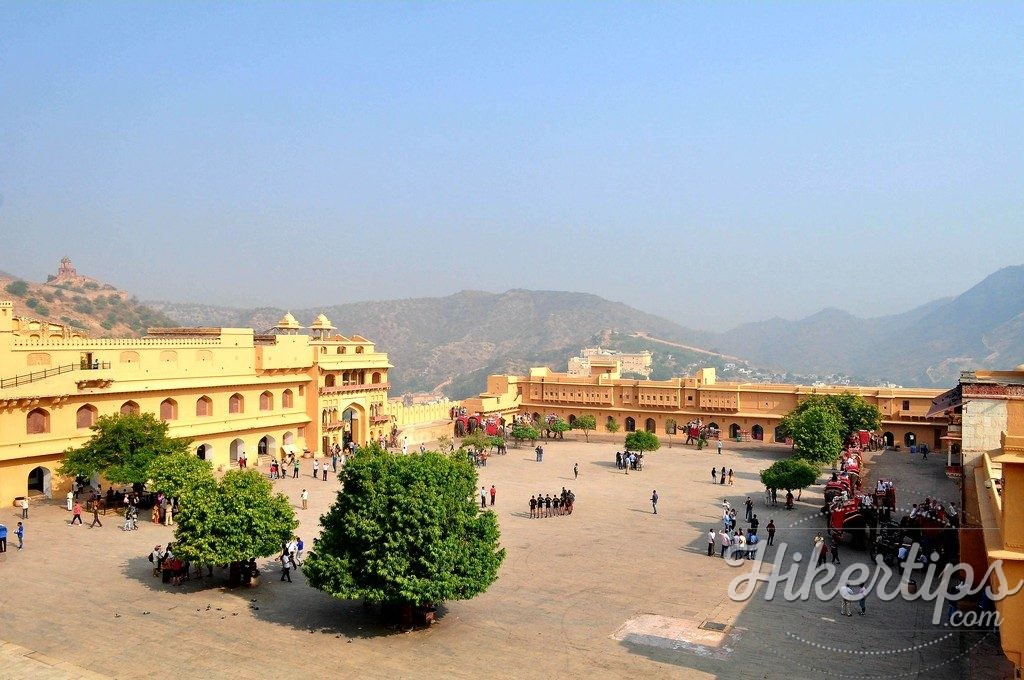 On the right side of the Jaleb Chowk there are a few stairs which lead to Shila Devi Temple, a place dedicated to Ganesha, a Hindu deity whose image is carved in a single piece of coral. The temple was also dedicated to goddess Shila, who was considered the incarnation of Kali, the goddess of death and time and the symbol of motherly-love. According to the legend this is the place where different sacrifices happened in order to help the army win its battles. 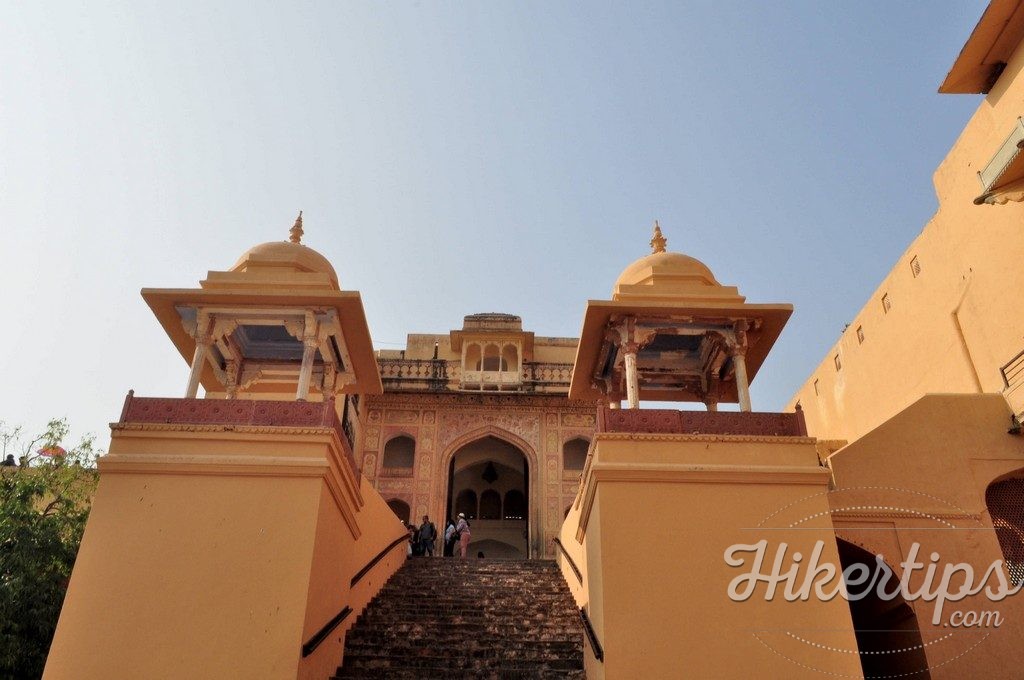 I really enjoyed visiting the Jaleb Chowk which seems to be the meeting point for a lot of tourists who are eager to start their journey in Amber Fort. Even though the celebrations are long gone, the walls of the courtyard are silent witnesses of the events that used to go on here. 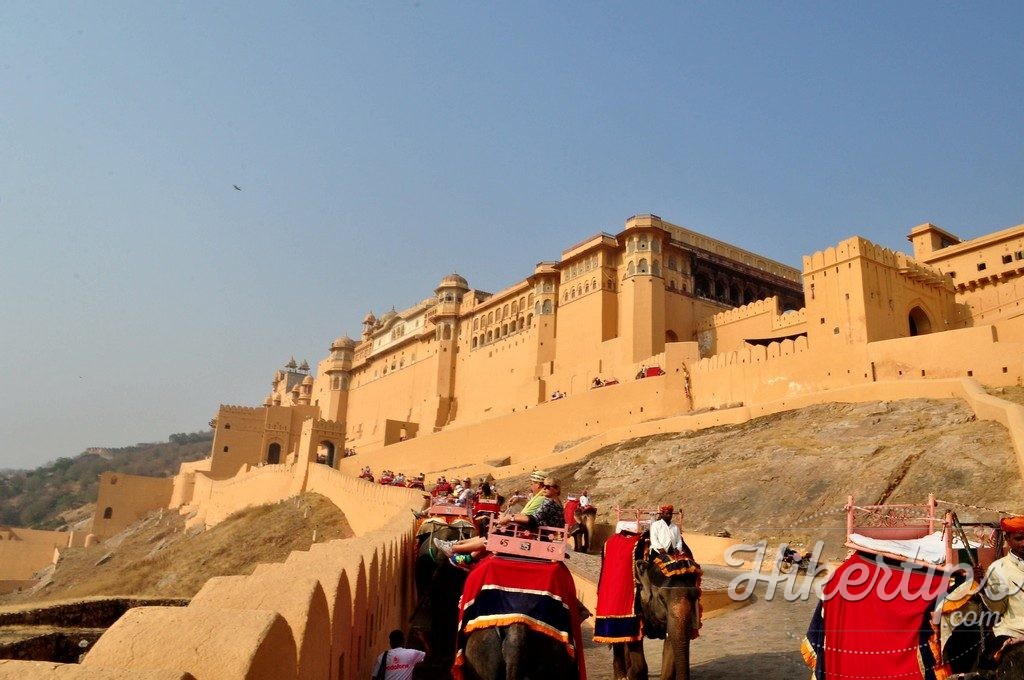 If you follow the main stairway you will reach the second courtyard. Here you can spend a few moments of relaxation in the Diwan-i-Am or the Hall of Public Audience, which was the place where the emperor used to listen to his subjects’ complains. Built on two rows of pillars and embellished with double rows of columns and latticed galleries, this large hall seems to have a more intimate vibe. 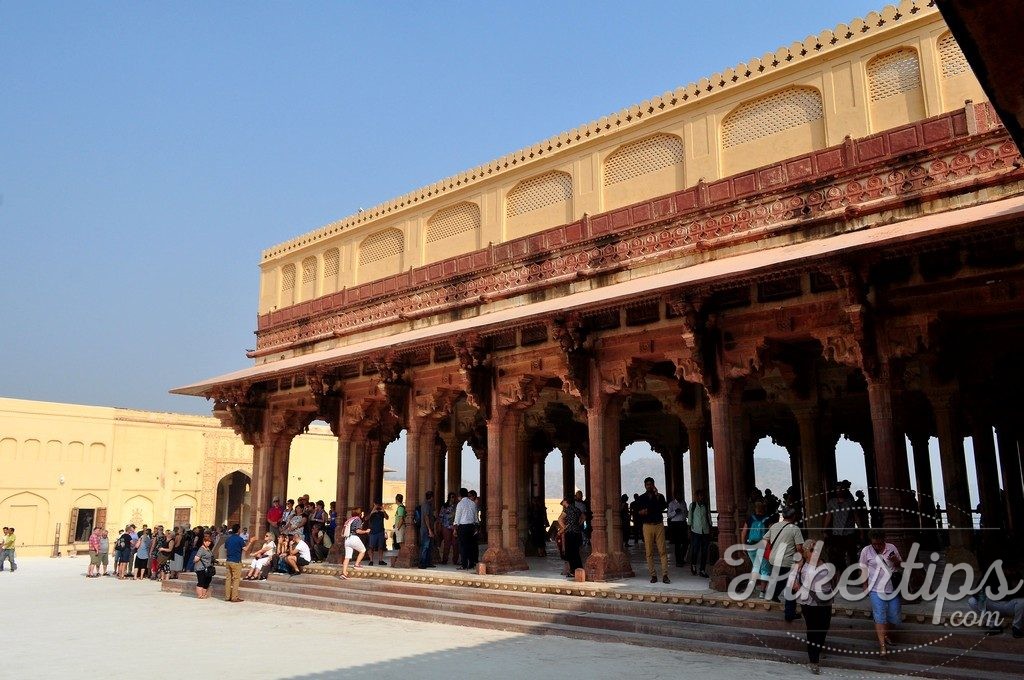 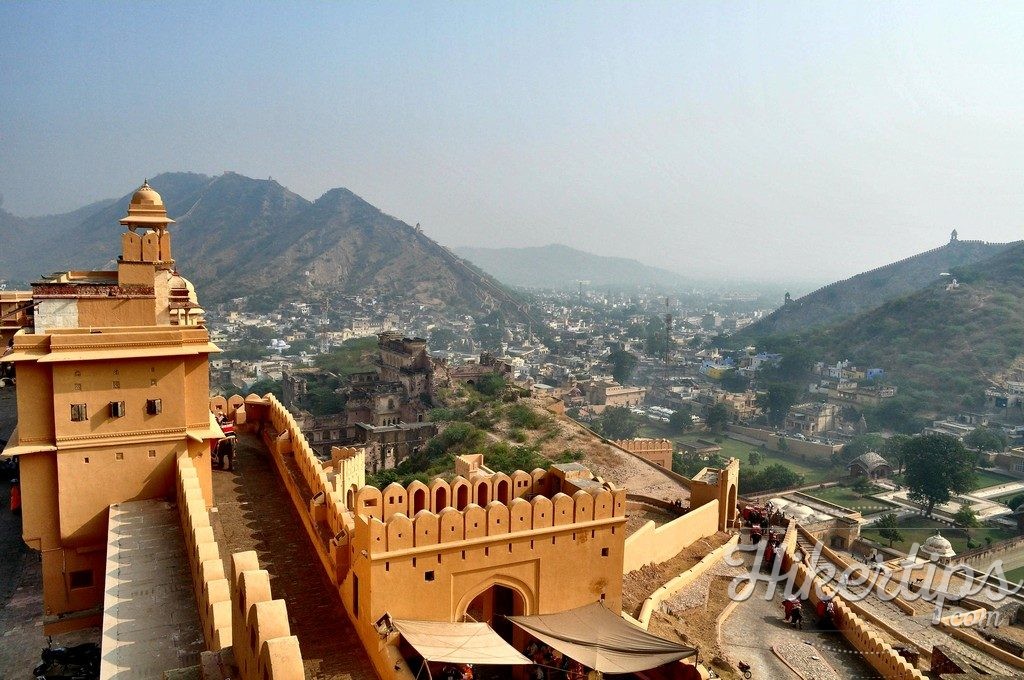 Considered the most exquisite part of the Amber Fort, the third courtyard shelters the emperor’s private quarters. This is the place where tourists can find out interesting details about the private life of the royal family.  The access to this courtyard is made through the Ganesh Pol, a gate embellished with arches and mosaics. 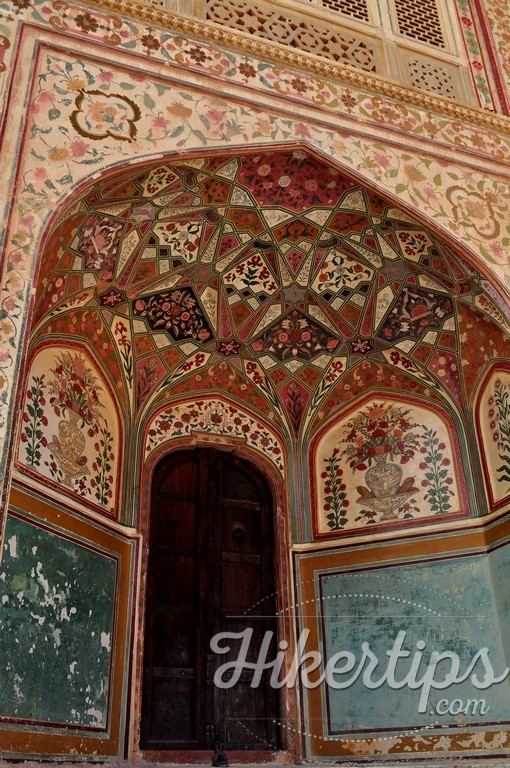 Here, you can visit the Diwan-i-Khas or the Hall of Private Audience, which was the place where the emperor used to meet his officials and friends. 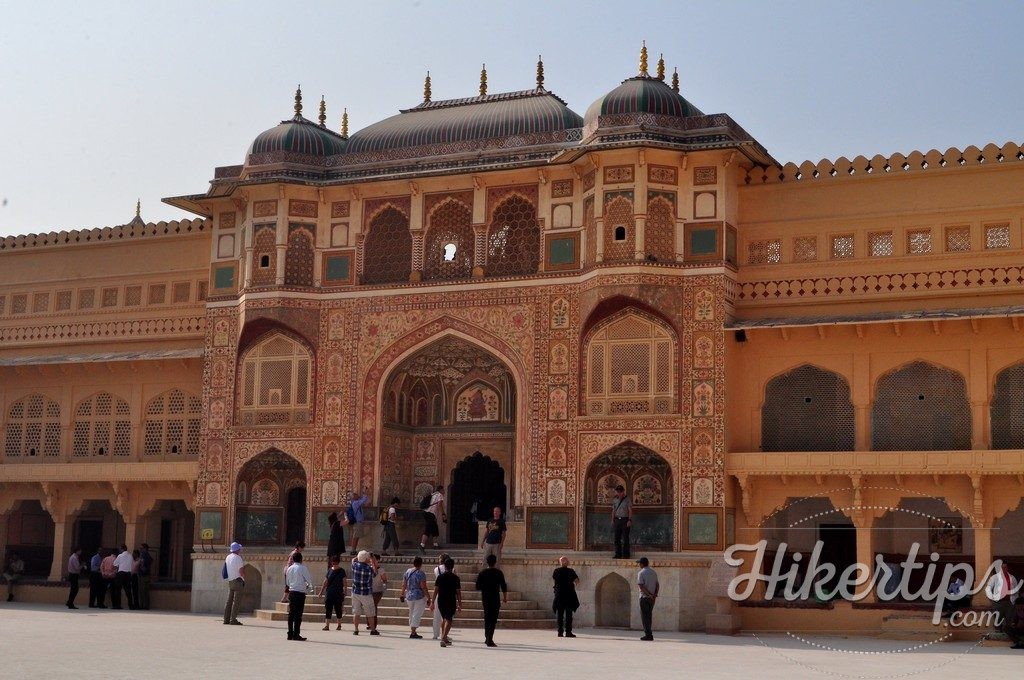 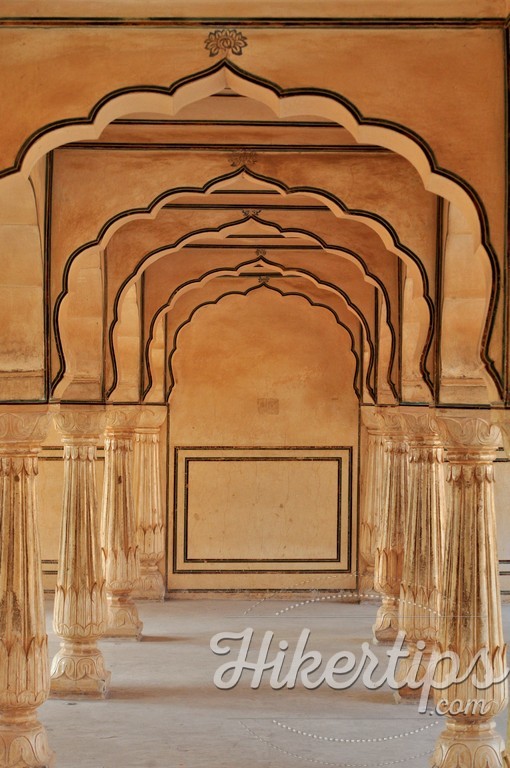 Even though this hall stands out because of its stunning mosaic glass work, the icing on the cake is the next building, called the Sheesh Mahal or the Palace of Mirrors. The ceiling and the walls of the Sheesh Mahal are covered in tiny mirrors embellished with floral paintings. 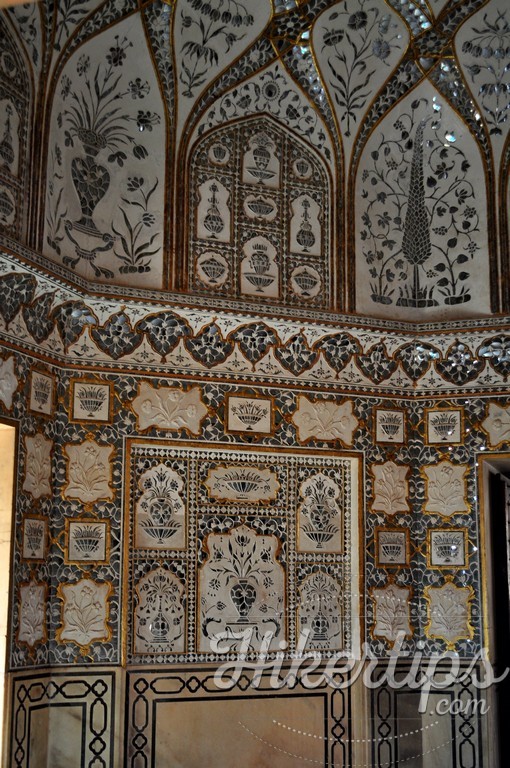 According to the legend, the emperor ordered the construction of this palace for one of his empresses who loved admiring the stars, but who was not allowed to sleep outside, due to religious beliefs. It is said that if two candles were lit in this palace, their reflection in the mirrors looked like thousands of stars in the sky. Its interesting and unique appearance made the Palace of Mirrors the perfect setting for a few movies and videos. 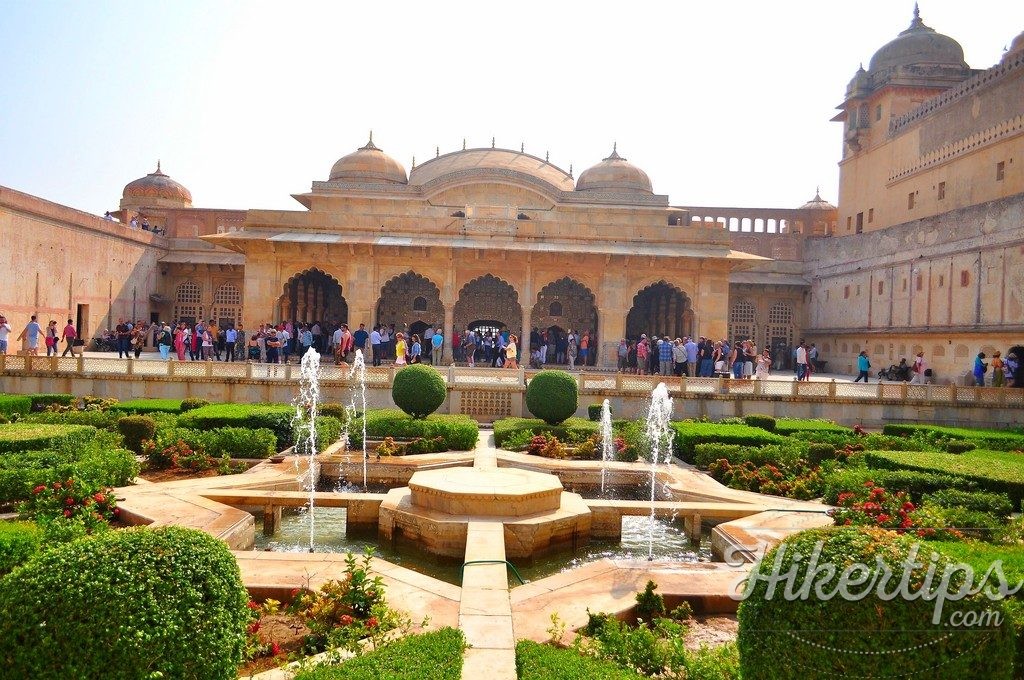 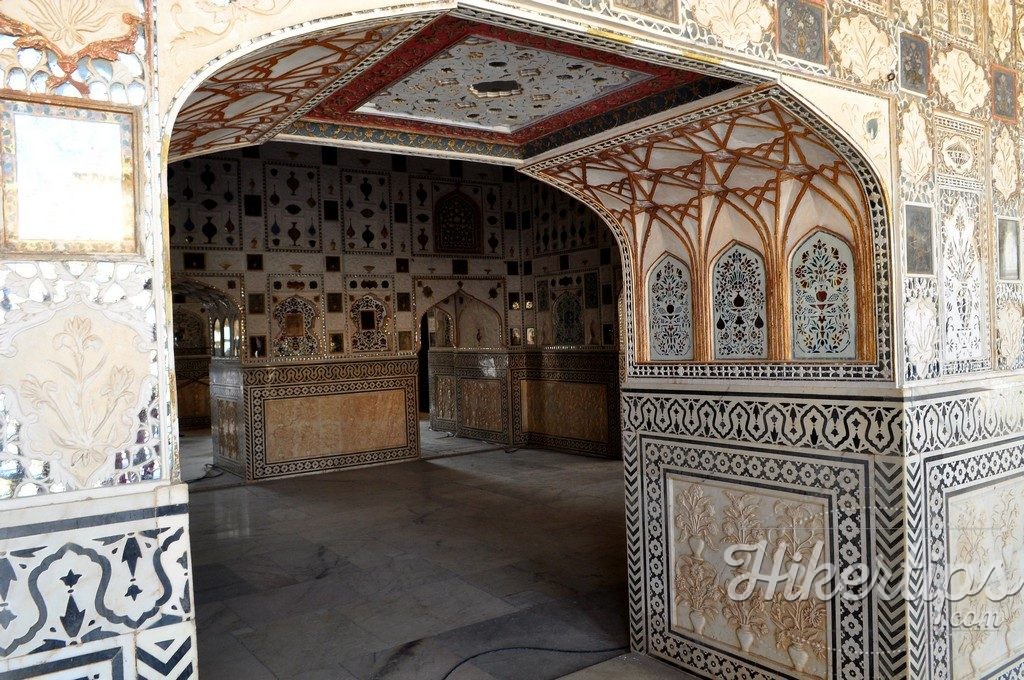 Opposite this palace, you will discover the Sukh Niwas (Sukh Mahal) or the Hall of Pleasure. This place was used by the emperor, his empresses and his mistresses as a resting place.  An ancient method was used to keep this hall cool. A small canal filled with cold water was passing through the hall in order to form air vapors, with the purpose of cooling the air. 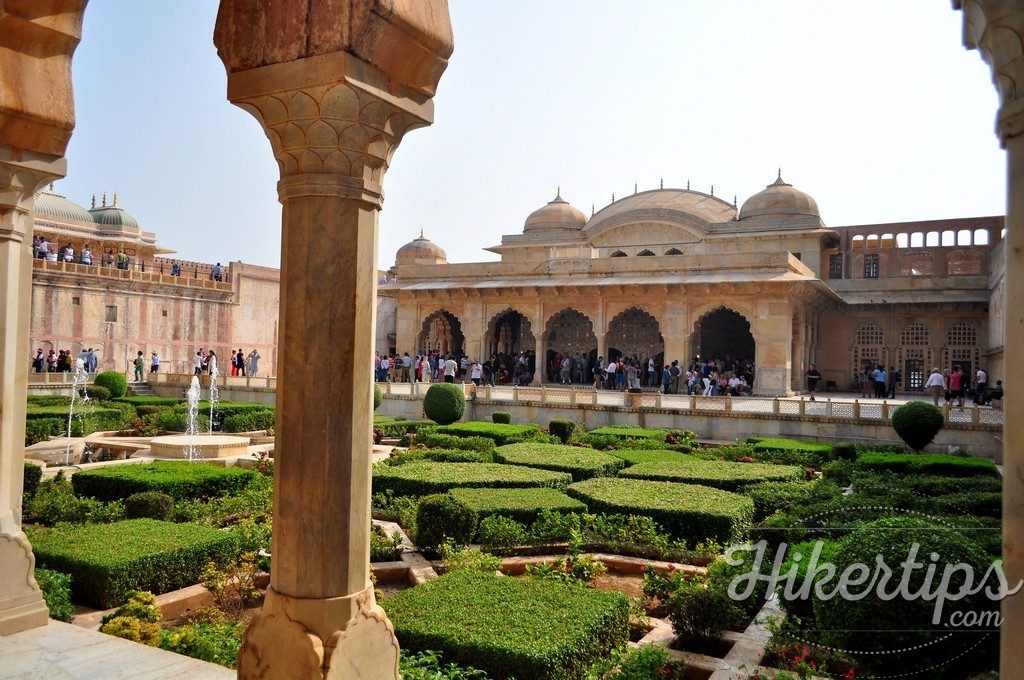 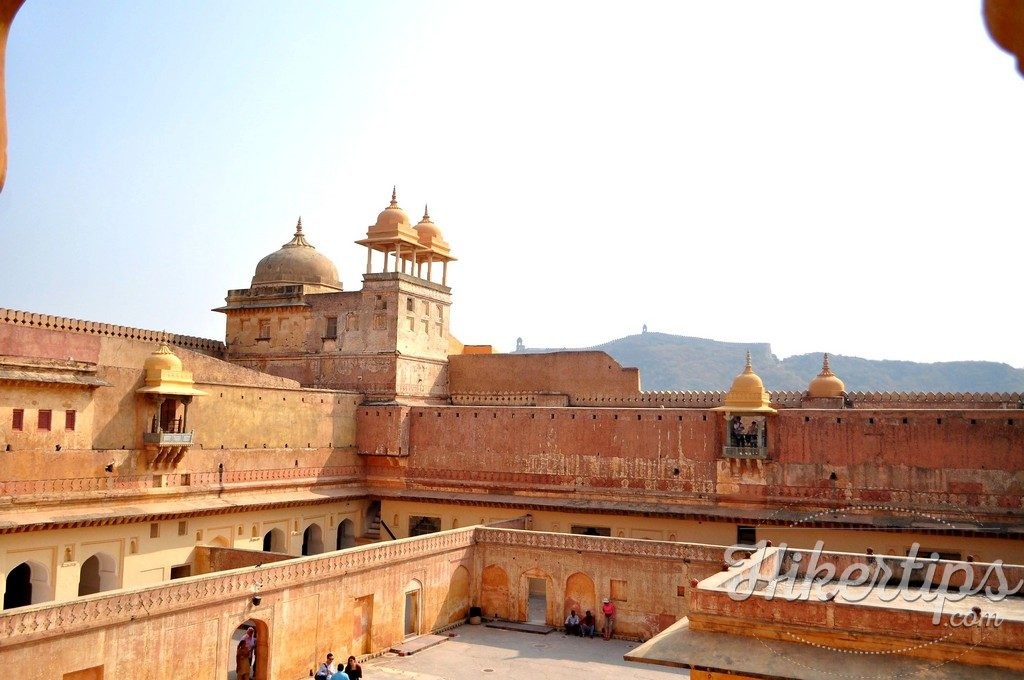 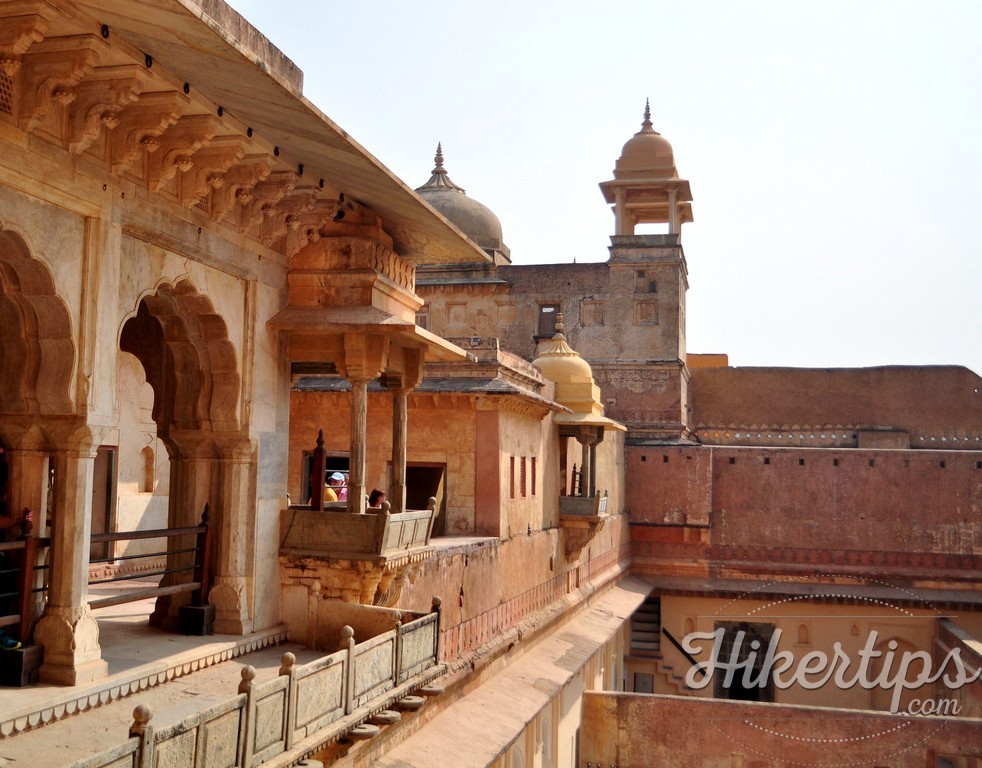 Besides these four lovely courtyards, there is another part of the Amber Fort which deserves your attention. I am talking about the Mogul Garden or Kesar Kyari, a place situated in the middle of Maota Lake. The star-shaped flower beds of the garden can be admired from the top of the fort. These flower beds were once planted with saffron, but today because of the climate changes, this plant doesn’t grow here anymore. 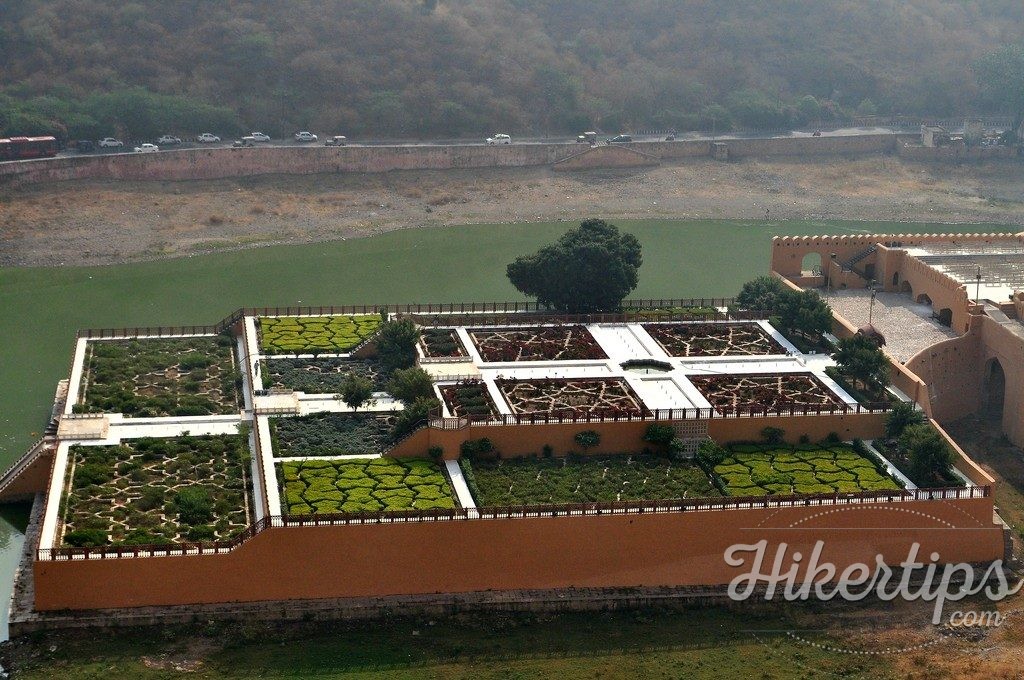 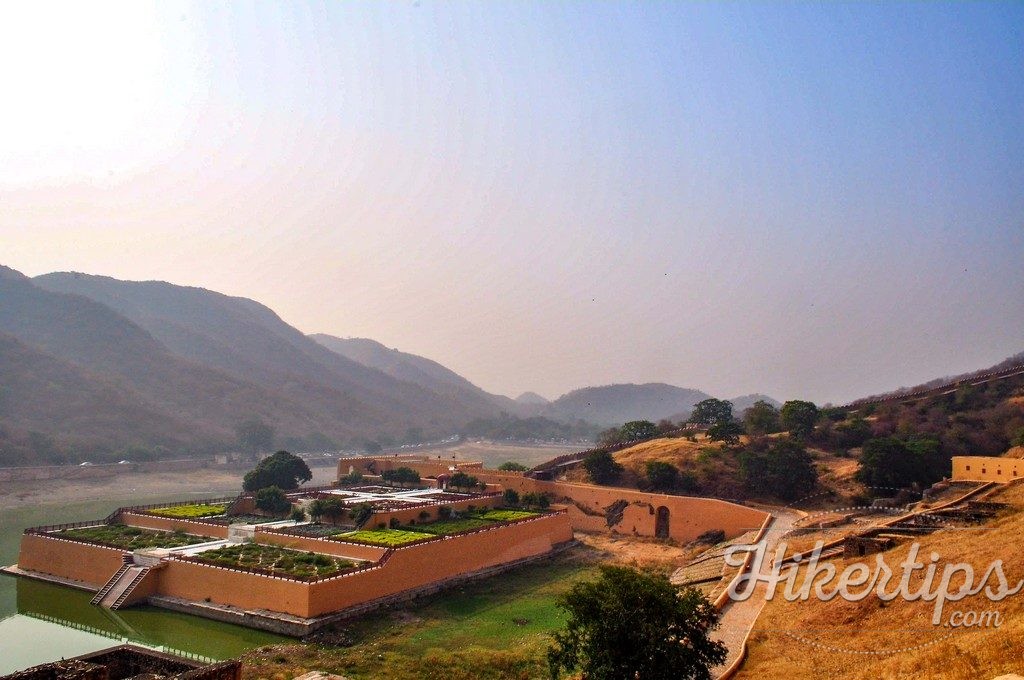 Visiting the interesting ruins of the Amber Fort was one of the most interesting experiences that I have lived in India. All things considered, in case you ever get to the city of Jaipur, you should definitely add the Amber Fort to your trip list.

5 tips in case you visit the Amber Fort

5 tips in case you visit the Amber...