It was about 3 o’clock in the afternoon when I got off the coach, somewhere in the city of Agra. A bit scared of what I had seen in Agra during my ride, I was wondering how one of the most beautiful buildings in the world can be situated in such a chaotic and dirty city.

Overwhelmed by anxiety, I was constantly checking the time because I was so eager to see the imposing Taj Mahal in the afternoon when the sun shines bright. This is the best moment to admire this incredible building because the sunrays make it look like a diamond. The Taj Mahal can be considered a diamond in terms of architecture and this is why it is one of the seven wonders of the new world.

When we got to the main entrance, I was really disappointed by the endless queue. It was a terrible chaos because people were impatient and they were pushing each other.  When we got closer we realized that there was a special entrance for tourists and we didn’t have to wait with the locals.  The advantage of entering before the locals doesn’t come cheap, because a tourist has to pay maybe ten times more for a ticket.

After I had entered the complex, I saw another beautiful gate which was the entrance into the courtyard of the monument. 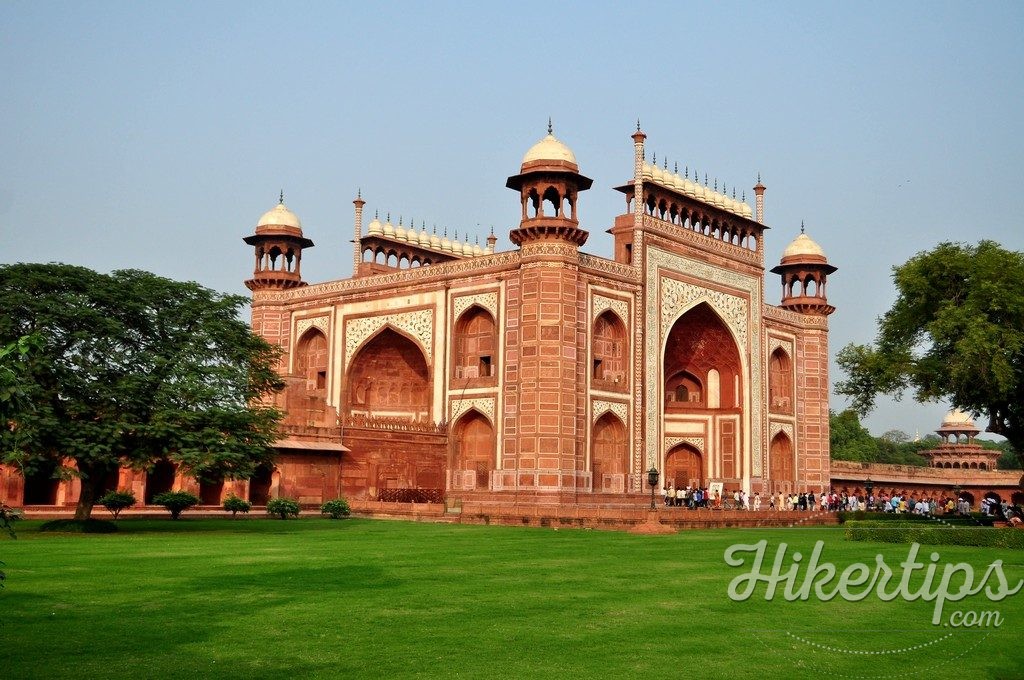 With every step I made, I felt my heart beating louder and louder and in a couple of minutes the imposing Taj Mahal was lying in front of my eyes. Words are not enough to describe what I felt in front of this image. The gorgeous Taj Mahal looked perfect in the sunlight. 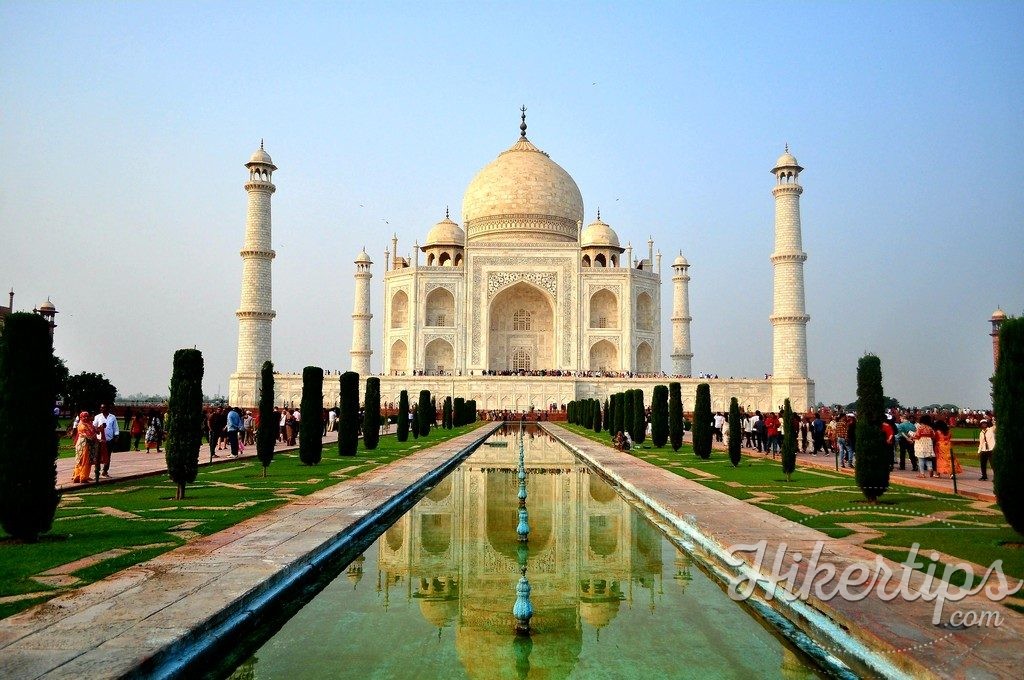 The elegance of the lines, the perfection of the contours and the perfect symmetry were portraying one of the most beautiful buildings I have ever seen. I could have looked at this mausoleum made of white marble and ivory for days.

I advise you to admire the Taj Mahal throughout the day, because it gives you the feeling that it changes its color. I saw it for the first time in shades of yellowish white in the afternoon and I stared at it until it became a mix of white and blue, after the sunset. 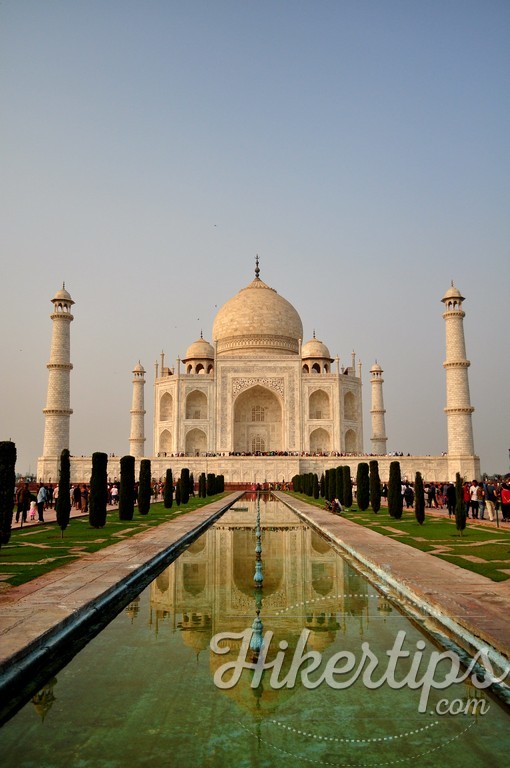 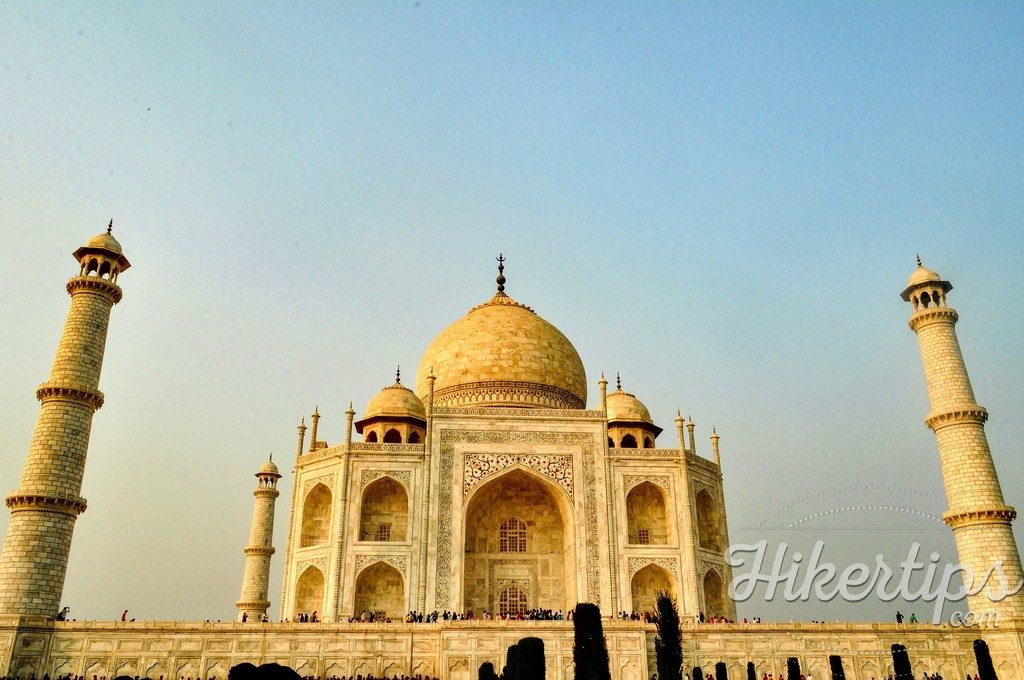 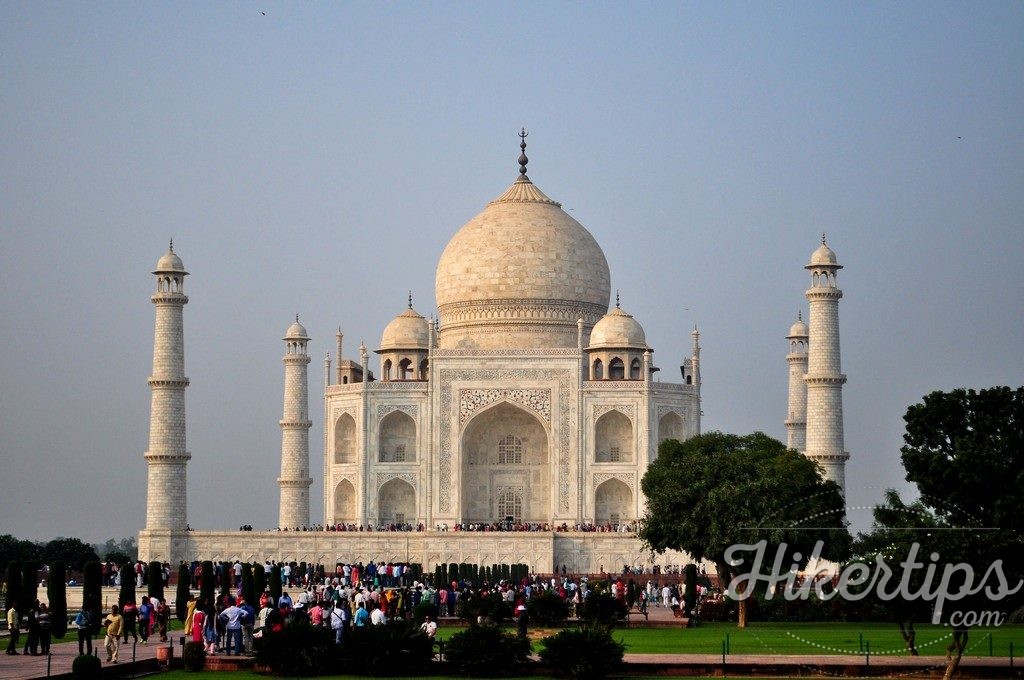 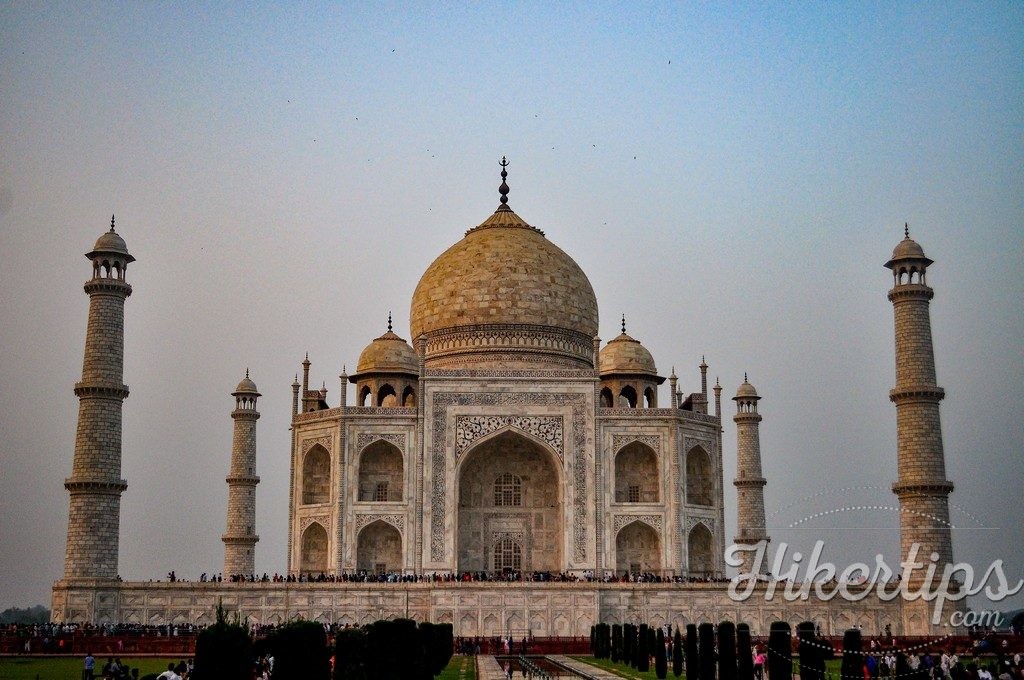 I also had the privilege of admiring it in shades of white in the morning, when I saw it from Mehtab Bagh, which is a complex of gardens situated nearby. 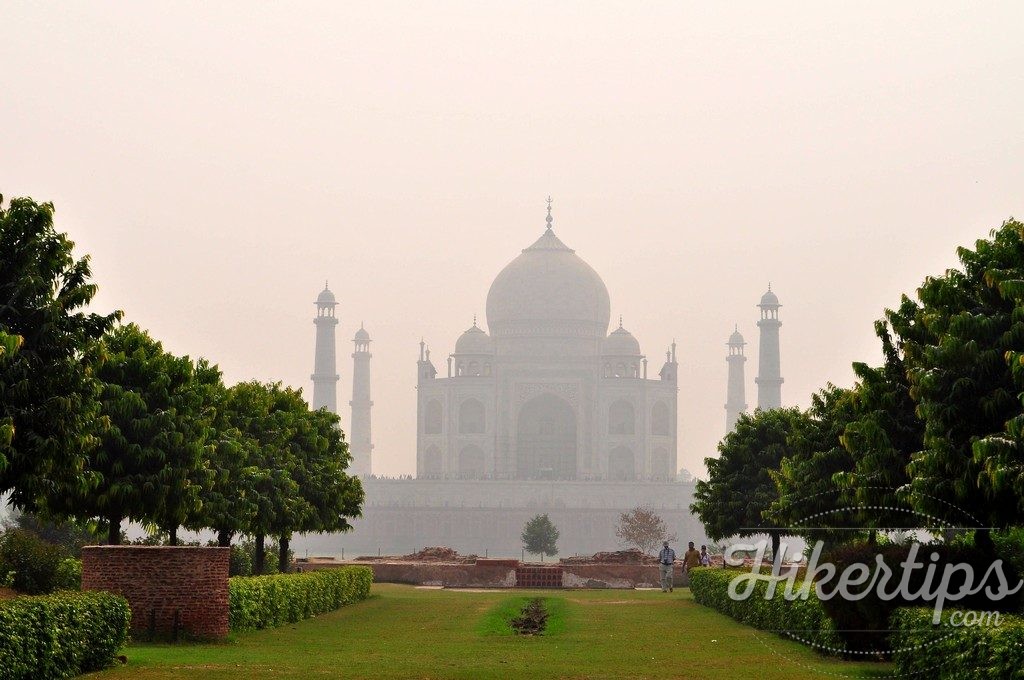 The Taj Mahal is gorgeous thanks to its impressive architecture, its pleasant scenery embellished with beautiful gardens and green areas and also thanks to its emotional story.

It is said that the emperor Shah Jahan built this impressive monument as a tomb and memorial for his wife Mumtaz Mahal, who died giving birth to their 14th child. The love for his beautiful wife who died at 38 years old was the force which led to the construction of one of the most beautiful buildings in the world.

The emperor invested a lot of money, time and effort to build this unique white building. He also wanted to build a similar construction on the other bank of the Yamuna River. The building was supposed to be made of black marble and serve as his tomb. All these plans determined Aurangzeb, the emperor’s son, to take advantage of his father’s disease and put him under house arrest.

Even though the emperor recovered from his illness, his son arrested him and jailed him in Agra Fort. Situated close to the Taj Mahal, this place gave the emperor the opportunity to admire his masterpiece every day.

After his death he was buried inside the imposing Taj Mahal, next to his beloved wife. However, despite the fact that the Taj Mahal has an imposing appearance, its interior is pretty simple. The two tombs are situated in a small room decorated with Indian floral motifs.

A paradox is the fact that despite being a tomb and a memorial, the Taj Mahal is considered a house of love. It is a place of pilgrimage and a symbol of love because many newlyweds come here and promise eternal faith to each other. Love is actually the reason behind this outstanding construction.

In order to better understand what I’m talking about, you should visit the Taj Mahal and you should let yourself mesmerized by its beauty. 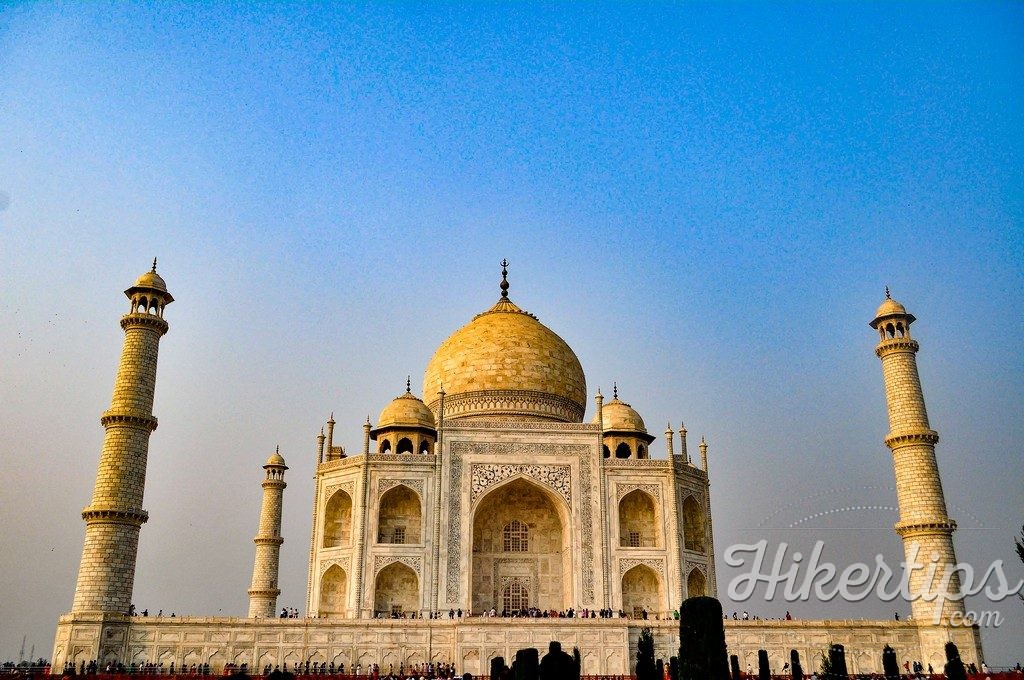 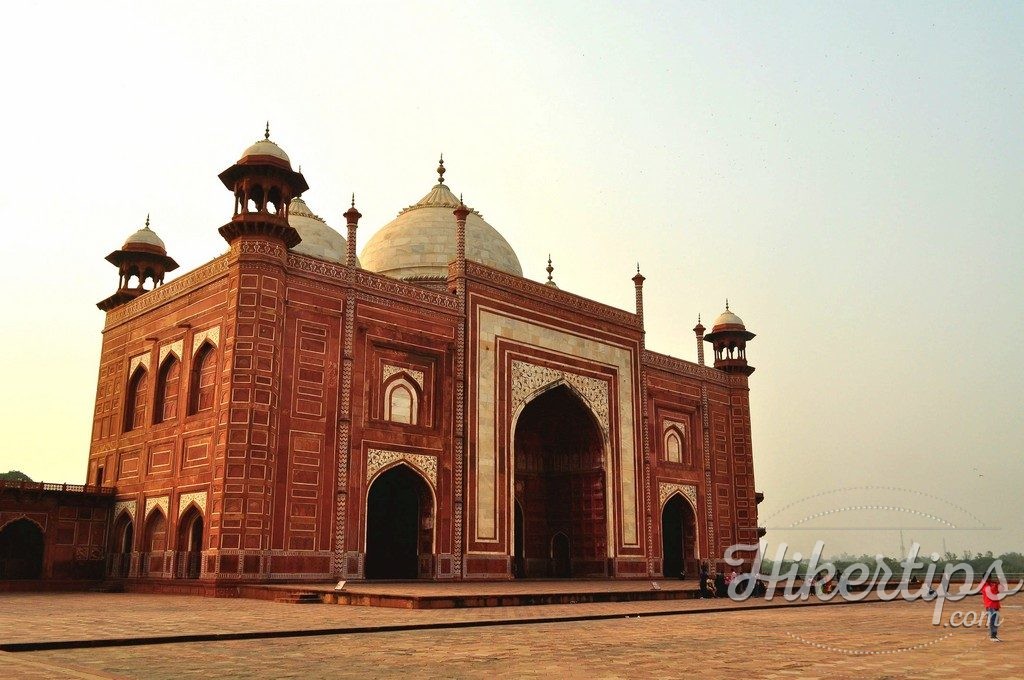 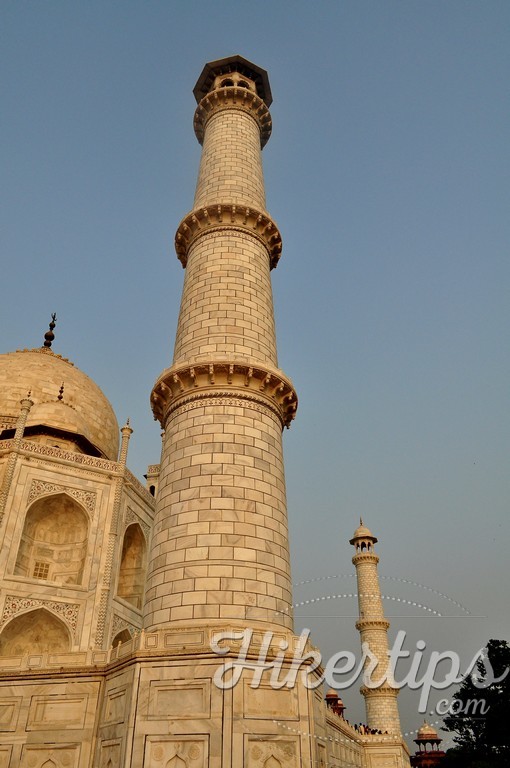 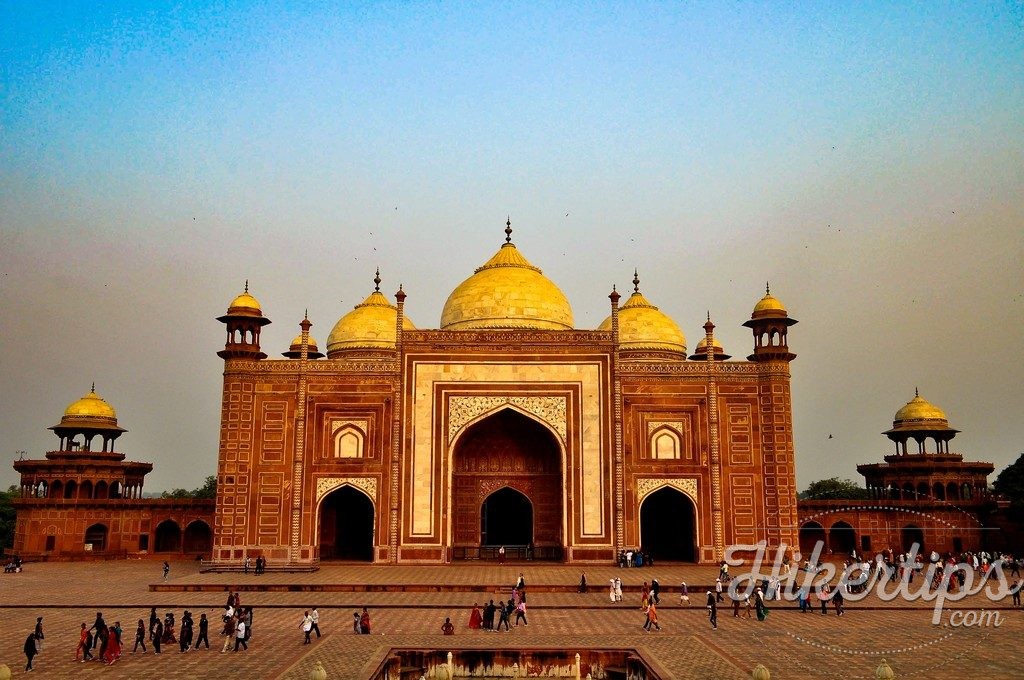 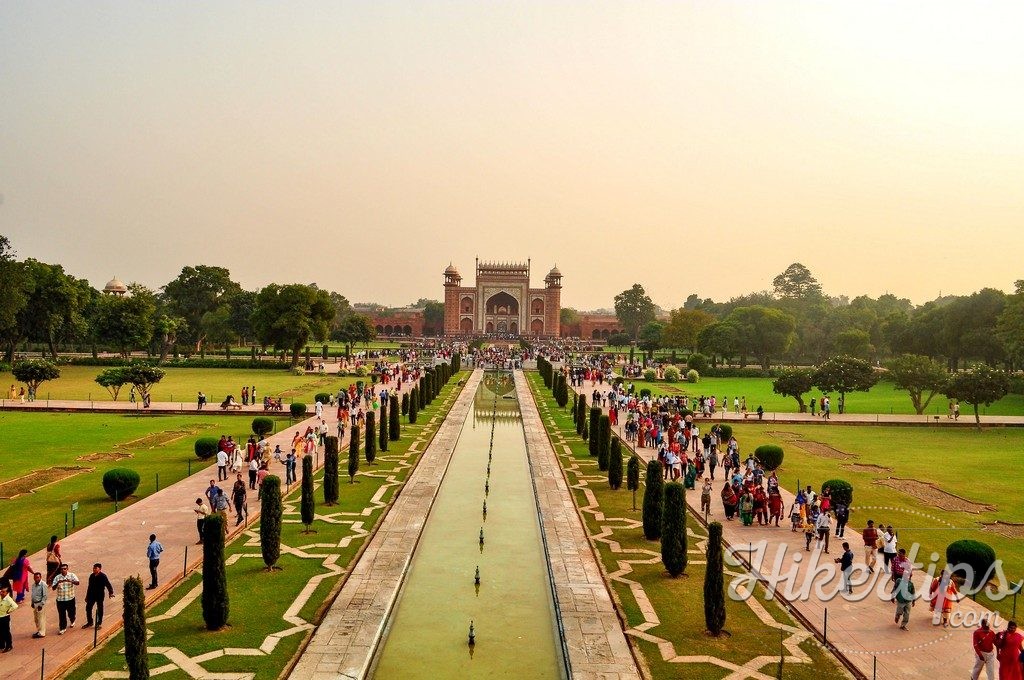 5 tips in case you visit the Amber Fort

Interesting places to visit in the area of...