Home TravelAsia 12 beautiful places you should visit in Delhi
AsiaIndiaTravel

India is more than a simple destination, it is a unique experience which should be lived by any passionate traveler. After my visit there, I can definitely say that India is probably one of the most contrasting countries in the world and for good reason.

India surprises its tourists with a strong contrast between the chaos that can be felt in its dirty streets and the peace that can be enjoyed inside its fabulous tourist attractions.

Another shocking aspect is the contrast between the dirtiness of the public spaces and the cleanliness of the private ones. The most painful contrast is in my opinion, the one between poverty and wealth. Most Indians live in miserable conditions, while others are extremely wealthy. Even though this is everyday reality all over the world, this contrast seems to be more striking in India.

Despite the fact that I have only visited the Golden Triangle of India, I heard that these aspects describe everyday life throughout the country. The Golden Triangle of India is actually a marketing concept, which includes the most important cities in northern India- Delhi, Jaipur and Agra. There is a lot to say about these cities and this is why I decided to write a separate article about each one of them.

I will start with Delhi, which was the first city I visited when I got to India. This vibrant and crowded city is divided into eleven districts. New Delhi is one of these districts and also the capital city of the country. Besides the strong contrasts I have already mentioned, Delhi has a lot to offer when it comes to beautiful tourist attractions. Here are a few of them:

1.The Qutub Complex is a place where you should definitely spend a few hours. This complex is an array of monuments and buildings. The Qutub Minar, the tallest tower in India, stands out as the most famous monument in the complex. Made of brick, red sandstone and marble and embellished with inscriptions, the tower looks unique and imposing.

The ruins of the old Quwwat-ul-Islam Mosque are situated near the tower. This is the first mosque built in India and also one of my favorite places in the complex. The 73-meter high minaret, the mosque, the columns, the pillars and the gates that can be admired in the Qutub Complex, make this place really unique. It is indeed very relaxing to spend a couple of moments among these monuments and buildings. 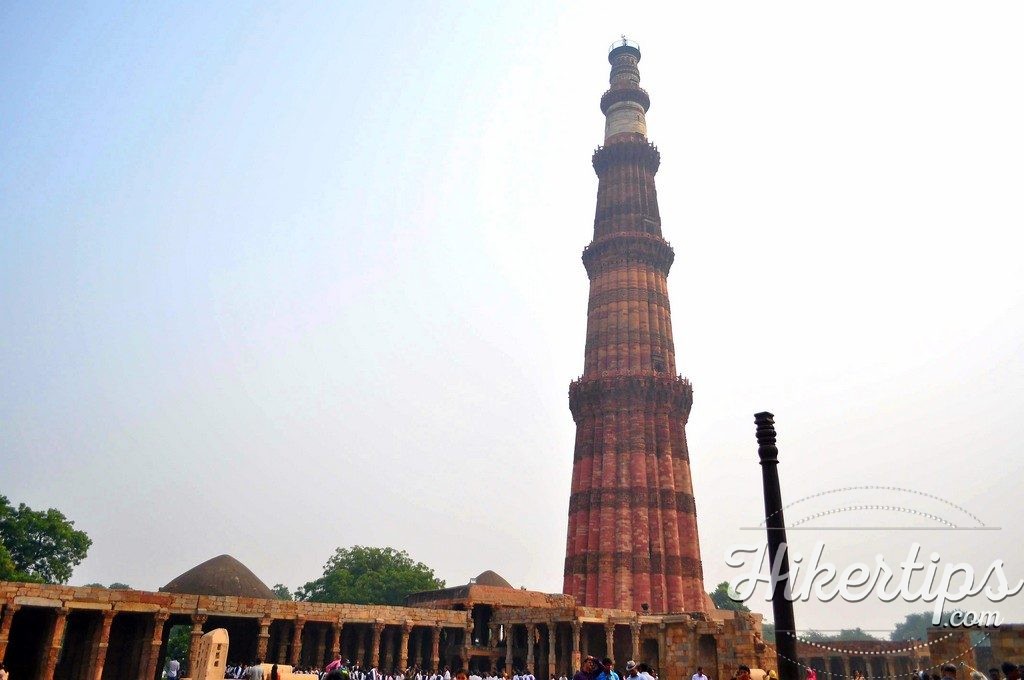 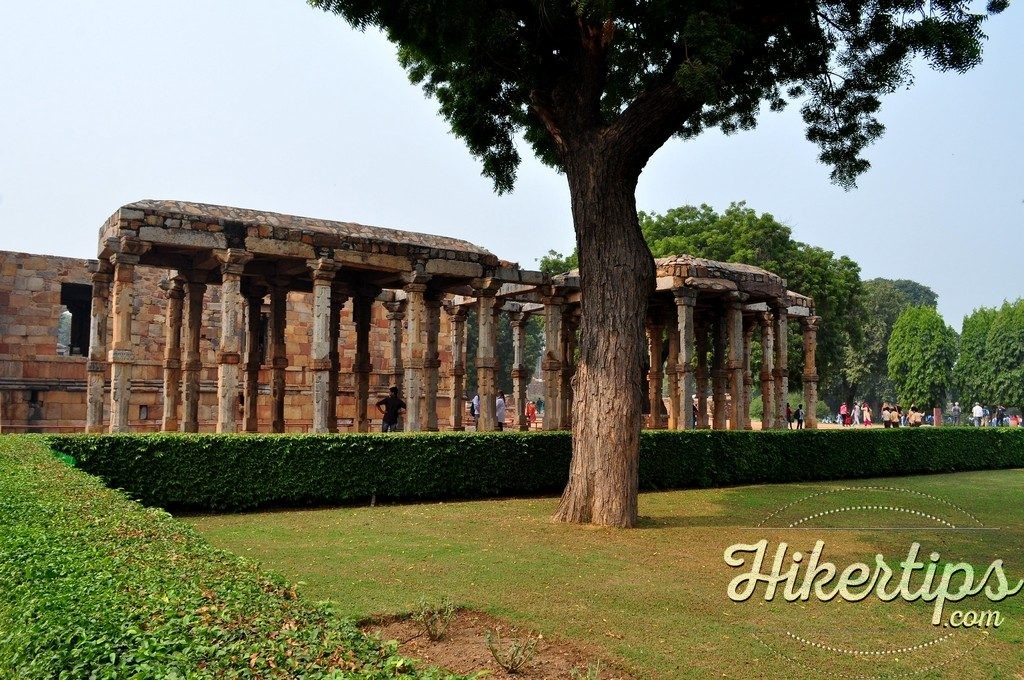 2.The wonderful Lotus Temple is another place which deserves your attention. As the name suggests, this temple is built in the shape of a lotus flower and it is one of the symbols of the Baha’i Faith. The Baha’i Faith reunites the essential beliefs of all religions and it promotes the idea of unity and equality among people. Based on this principle, the followers of every religion are invited to pray and meditate inside the temple.

Surrounded by nine pools, one for each petal, the Lotus Temple looks really spectacular. The white of the marble creates a strong contrast with the green of the gardens which surround the temple.The simple interior of the temple is the perfect place where the tourists can spend a few moments of peace and meditation. 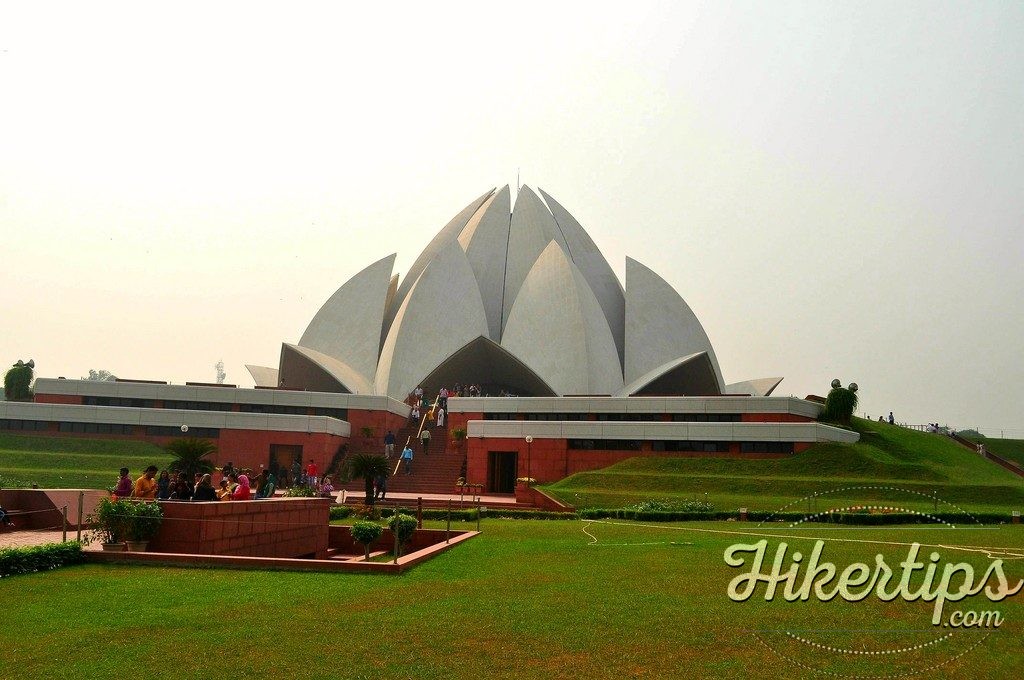 3.Built in the Indo-Persian style, Humayun’s Tomb is another outstanding monument. Humayun was one of the most famous moguls in India and according to the legend, his widow, Bega Begum, built this monument in his honor.

The building bears a resemblance to the marvelous Taj Mahal and even if it’s not as imposing, it is really beautiful and interesting. Humayun’s Tomb is embellished with a multitude of architectural details and motifs and it is also surrounded by a few beautiful gardens. Nowadays, Humayun’s Tomb is also the resting place of other mogul emperors. 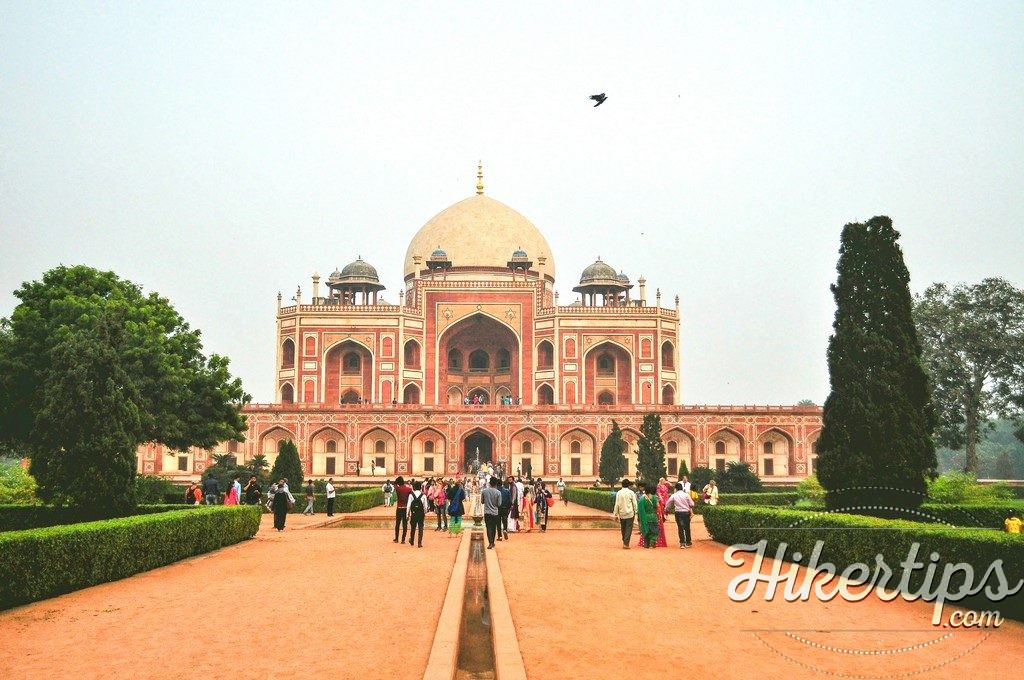 4.Gurudwara Bangla Sahib is a stunning place with a strange and unusual vibe. Considered one of the most prominent Sikh houses of worship, this temple belongs to the Sikh religion. According to Sikhism there is only one God and all people are equal regardless of gender, religion or race. Gurudwara Bangla Sahib is dedicated to Guru Har Krishan, who was the eighth Sikh guru.

The word Gurudwara means “doorway to God” and you might understand this meaning the moment you enter the temple. You will feel overwhelmed by an unusual vibe when you realize that the people around you seem to be in a sort of trance. The same energy can be felt around the big pool which is situated inside the complex. 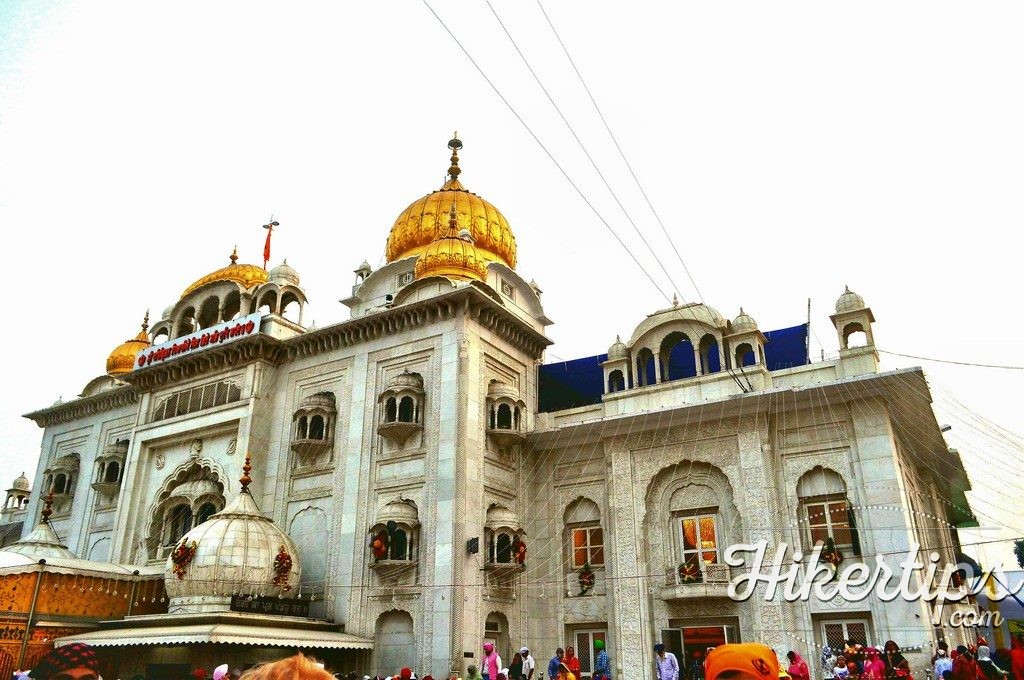 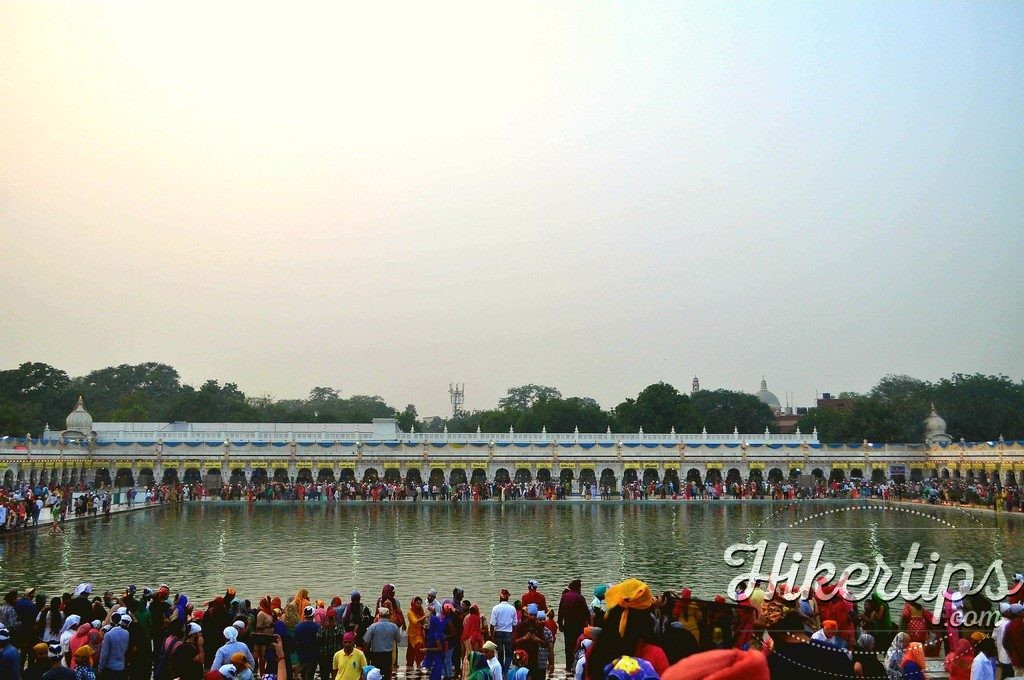 5.Nowadays, most Indians are Hindu but the moguls who used to rule the country were Muslims and this is why Delhi is blessed with a few imposing mosques. Situated in the heart of the Old Delhi, the imposing Jama Masjid is a proper example in this regard. I must confess that after my visit there, this mosque has become one of my favorite places in Delhi.

Just like the Taj Mahal and the Red Fort, the Jama Masjid was also built by the Mogul Emperor Shah Jahan. Displaying an impressive architecture and embellished with three gates, four towers and two minarets,the Jama Masjid is a real masterpiece. It is one of the largest mosques in Asia, with a large courtyard which can shelter more than 25,000 souls. 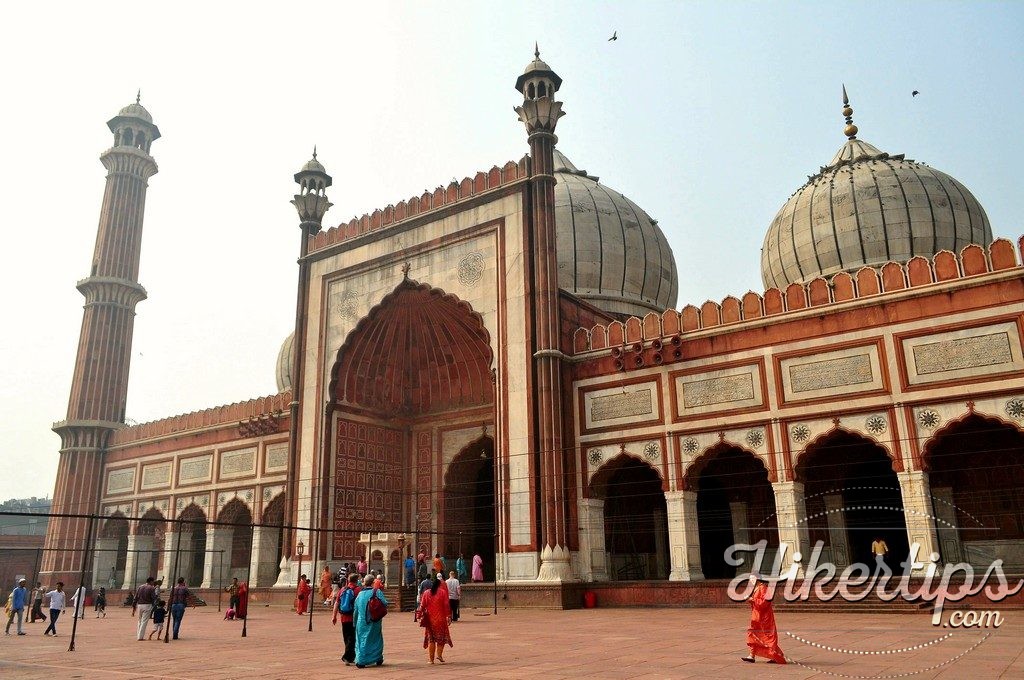 6.The famous Red Fort is situated very close to Jama Masjid. Made of red sandstone, the unconquered walls of this fort are a proof of the power of the Mogul Empire. It was the palace of the Mogul Emperors of India, a place where you can still see the opulence of the past. 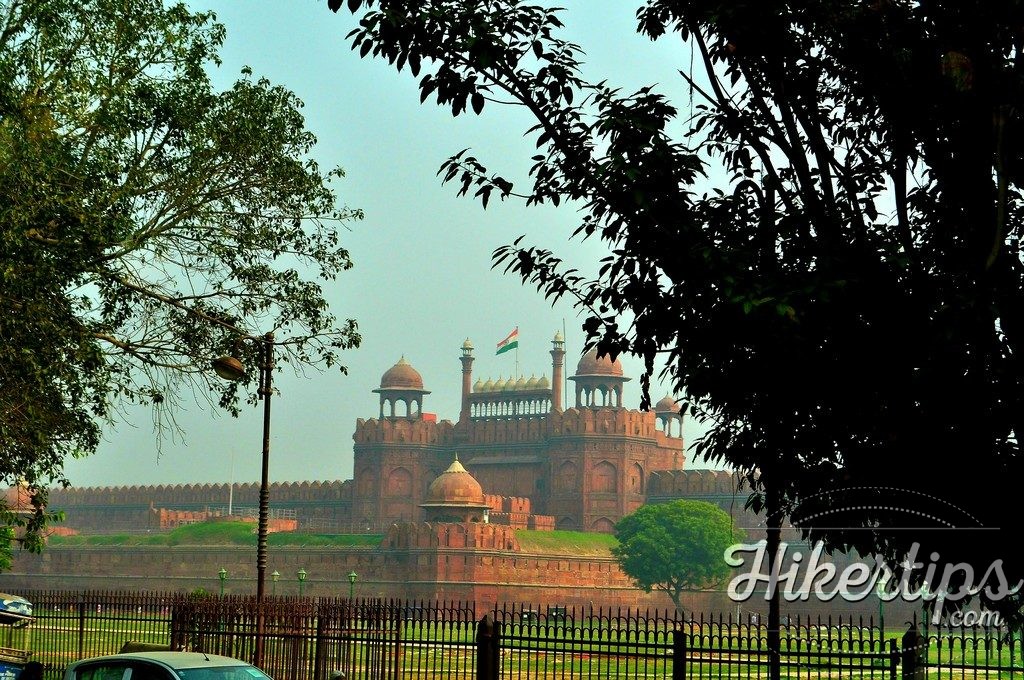 7.A rickshaw ride through the Old Delhi is an authentic Indian experience. This type of ride is the perfect way to experience the authentic vibe of the city. The multitude of shacks and stalls and the fuss of the city, perfectly describe the atmosphere in the Old Delhi.

This is the place where you can buy a variety of goods at really good prices, in case you like to bargain. Everything is negotiable in these bazaars. In case you like spices, you should know that you can also find a Spice Market in the Old Delhi. 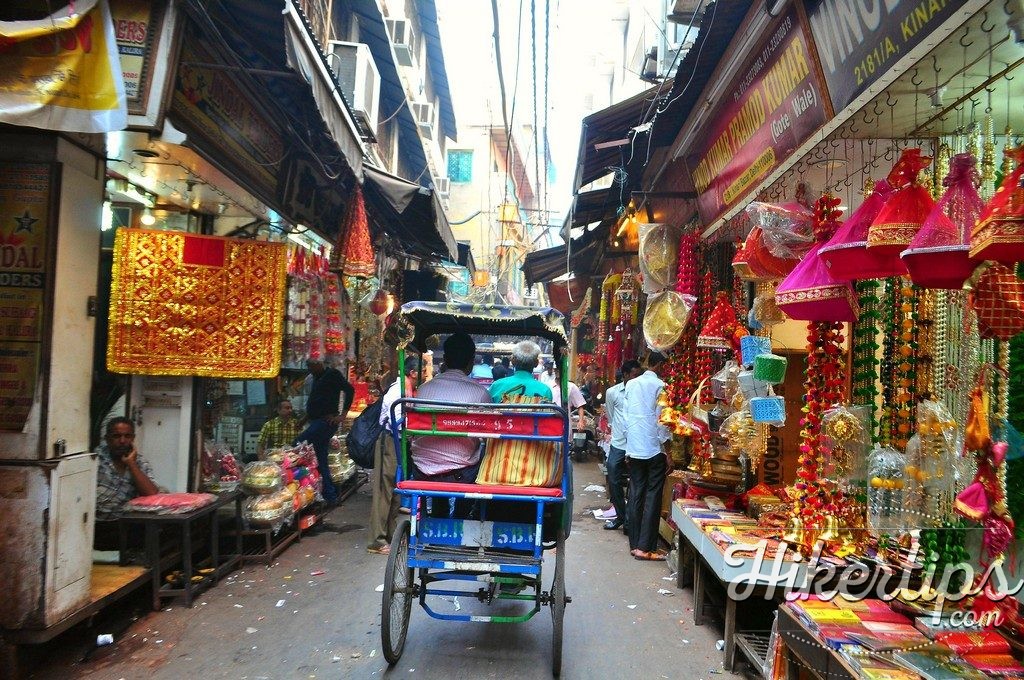 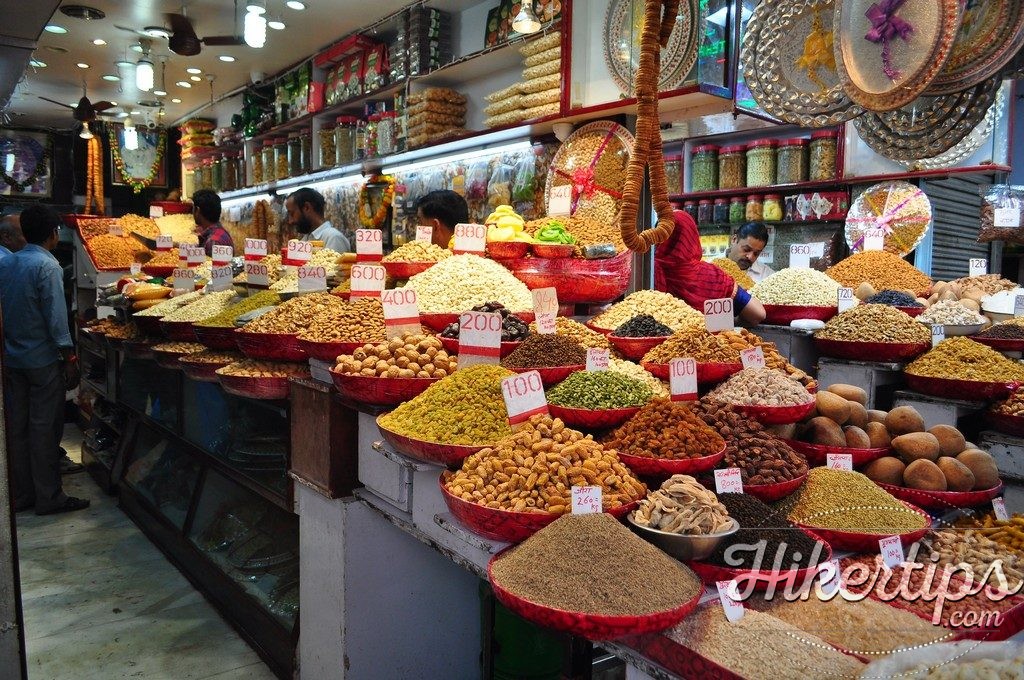 8.Mahatma Gandhi Complex is another place you should add to your trip list. This complex includes a museum and a memorial called Raj Ghat, which is dedicated to Mahatma Gandhi. He was the leader of the Indian non-violent independence movement who advocated for the civil rights of Indians.

The black marble platform marks the spot where Mahatma Gandhi was cremated after his assassination. Mahatma Gandhi’s last words “Hey Ram” are written on the marble which is always embellished with flowers. Built in a simple style, the memorial stands in the middle of a green area which seems to be the frame of the entire place. 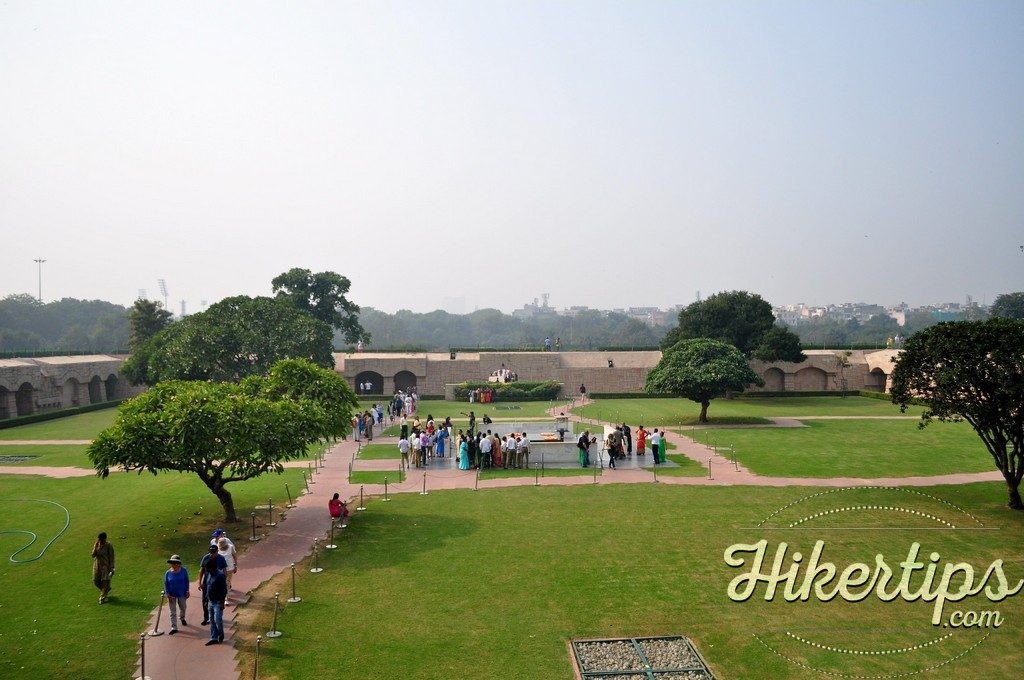 9.Swaminarayan Akshardham Complex is a spiritual-cultural campus and also my favorite place in Delhi. This complex shelters a unique and modern Hindu Temple. Despite the fact that it was built in just five years, its architecture is really elaborate and embellished with a variety of motifs and elements.

Akshardham Temple was dedicated to Bhagwan Swaminarayan, a famous yogi and ascetic who dedicated his life to promoting Hindu teachings. The temple has been registered by the Guinness World Records as the largest and the most comprehensive Hindu Temple in the world. Unfortunately, tourists are not allowed to take pictures inside the complex which is a pity because this place is absolutely gorgeous. 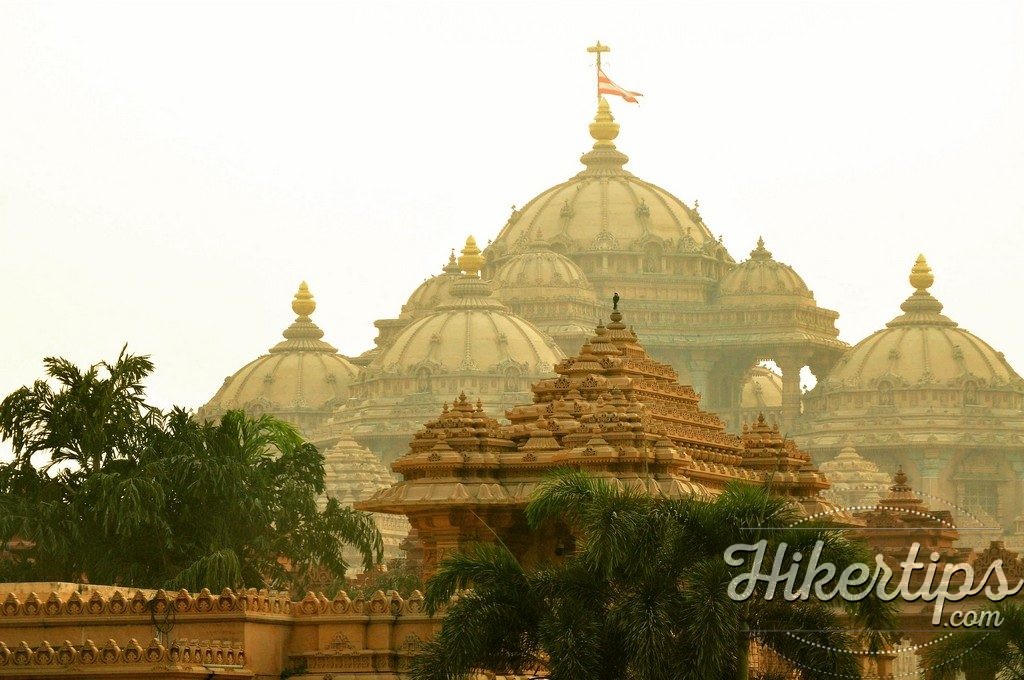 10.Built in the shape of an arch, the imposing India Gate is actually a war memorial which commemorates the lives of the Indian soldiers who died fighting for the British army, during World War I. This is why the names of almost 14.000 soldiers are inscribed on the walls of this memorial.

India Gate is surrounded by a green area and a few fountains which perfectly complete the entire scenery. Surprisingly, a lot of locals come here to rest and relax or to have a picnic in the middle of nature. 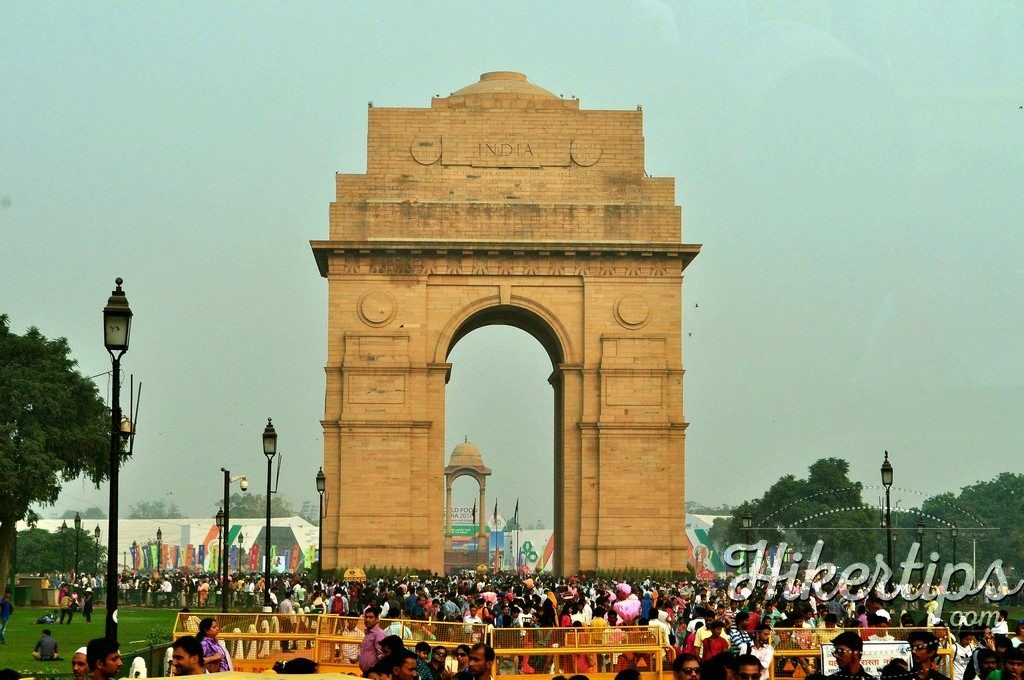 11.The House of the Parliament was the building which I admired for a few moments, when the coach stopped in front of it. I had enough time to notice the interesting architecture of this circular building which is embellished with 144 columns.

The guide told us that this building shelters a number of ministerial offices, committee rooms and a huge library. Like all the other private spaces, the area abounds in green spaces and beautiful statues and fountains.

12.Rashtrapati Bhavan is the official home of the Indian president. This building is actually a palace whose overwhelming opulence is emphasized by 190 acres of garden, 2.5 kilometers of corridors and a huge building with 340 rooms organized on four floors. 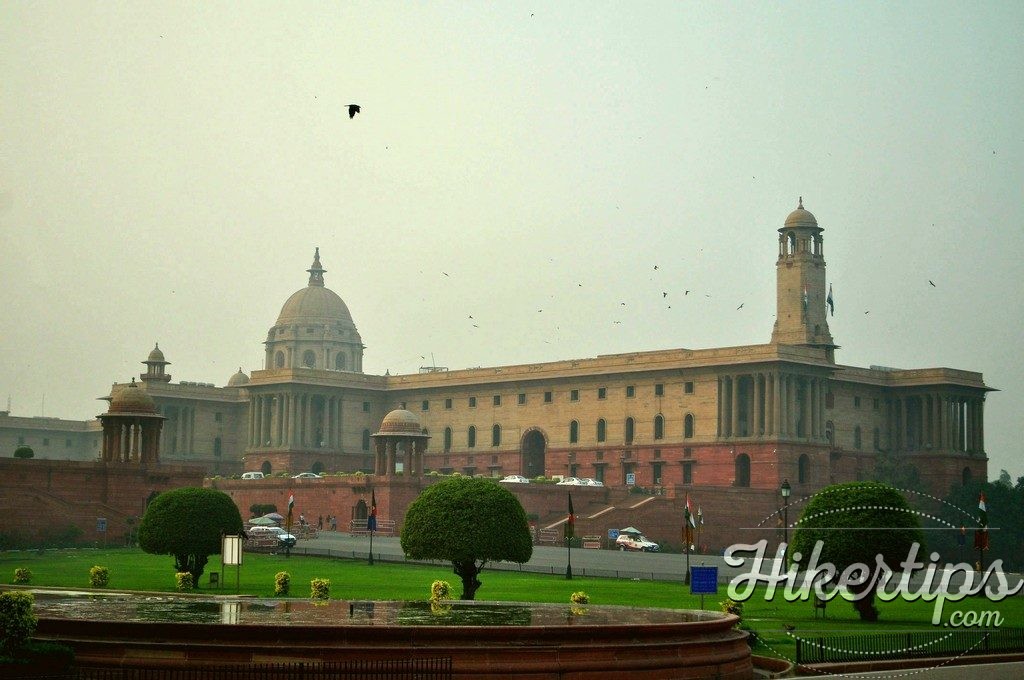 Even though there is much more to discover in Delhi, these are in my opinion the places you should not miss during your stay there.

Vivanta by Taj-Dwarka, a great hotel in Delhi

The Louvre Museum in pictures

Interesting things you could do in Palma de...