Exploring the desert is an experience that many passionate travelers would like to live at least once in a lifetime. The orange sand dunes and the imposing cliffs make the desert an endless oasis of peace.

If I had to describe a visit in the desert, I would say hot sand, burning sun rays, sandstone cliffs, Bedouins’ villages and a sky with millions of stars. I have recently had the chance to live such an experience because during the week I spent in Jordan, I also visited the Wadi Rum Desert.

I must confess that it was not the first time when I visited a desert, but this experience was completely different. I enjoyed the beauty of the desert in Egypt, for the first time, but the Wadi Rum Desert was a more authentic adventure. I still remember those beautiful landscapes which displayed a multitude of brown and orange shades.

The Wadi Rum is a famous desert which has a lot to offer. The sand dunes and the asymmetrical cliffs give the Wadi Rum a special vibe. After Petra, the Wadi Rum Desert is the second place that should be on your trip itinerary if you get to Jordan. It is simply incredible to cross the desert in an off-road car and enjoy the amazing views. This is the place which was used as the setting for the famous movie “Lawrence of Arabia”, a movie which increased the tourism in the area. According to the main character “Wadi Rum is vast, sound and divine”. A lot of places in this desert are named after this character and even the desert itself is called Lawrence’s desert. Beyond the popularity the desert gained thanks to this movie, the Wadi Rum is a unique experience and a great adventure.

First of all, you should plan to spend at least two days in the desert in order to enjoy a complete experience there. If you buy the Jordan Pass, the entrance to the desert is free, but for a complete tour you should use the services of a local travel agency. We booked our trip online and we chose a package which included a one-day car ride in the desert and a night of accommodation in one of the tourist camps. The icing on the cake was the fact that dinner and breakfast were also included. It was very interesting to eat in the middle of the desert.

We were a group of four people and we started exploring the Wadi Rum Desert in the morning, when the off-road car took us from a public parking lot. The first stop was at the bottom of a high cliff where we had the chance to admire a flock of camels. Even though I could have ridden the camels, I chose not to do this. I had already done this in Egypt, and I must confess that it was not a very comfortable ride. This is why this time I was happy with taking a lot of pictures and enjoying their company. 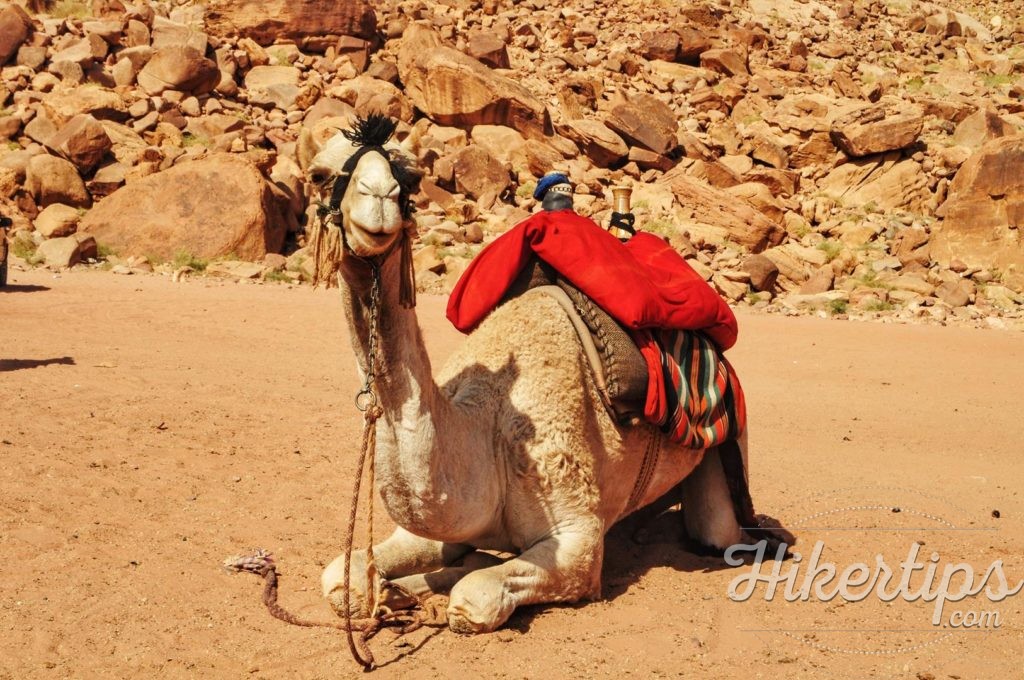 After this stop, we continued the journey through the desert and the landscape started displaying its beauty. The massive cliffs were urging us to start exploring them. Even though the sun was burning, we decided to climb a cliff situated near an impressive dune. It was well worth the effort, because we had the chance to admire some breathtaking views. As a bonus, after we went down, we treated ourselves with a warm glass of tea served in the small souvenir shop situated nearby.

One of my favorite parts of this ride was the moment when we stopped in front of a gorgeous rock formation called “The Seven Pillars of Wisdom”. The scenery was simply fabulous. One of the cliffs had a hole inside it which allowed me to experience a unique walk. 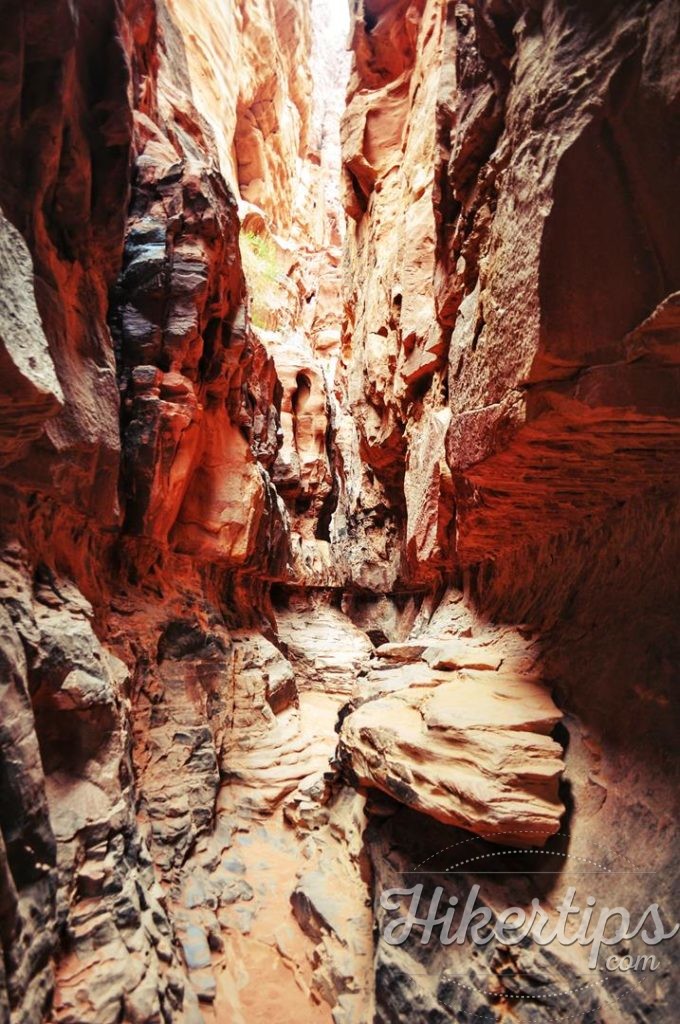 Another stop which I really liked was in front of a cliff which looked like a natural bridge. Even though I could have climbed the cliff to walk on that bridge, I must confess that I was afraid. To compensate my lack of courage, I decided to admire the cliff and the bridge for almost an hour, trying to memorize every detail of this view. It goes without saying that I also took a lot of pictures there. 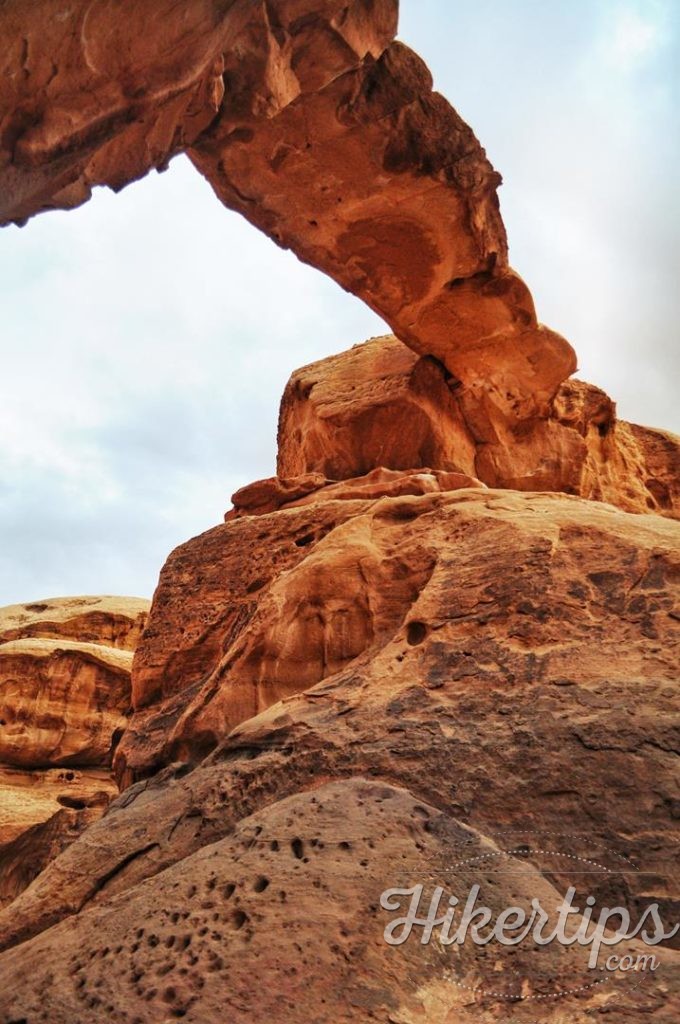 We continued our ride and we crossed the desert from one end to the other, admiring the sand dunes and the sandstone cliffs. My friends completed this adventure with a few jumps in the sand. Unfortunately, I didn’t have the courage to jump from the car and sink in the sand. 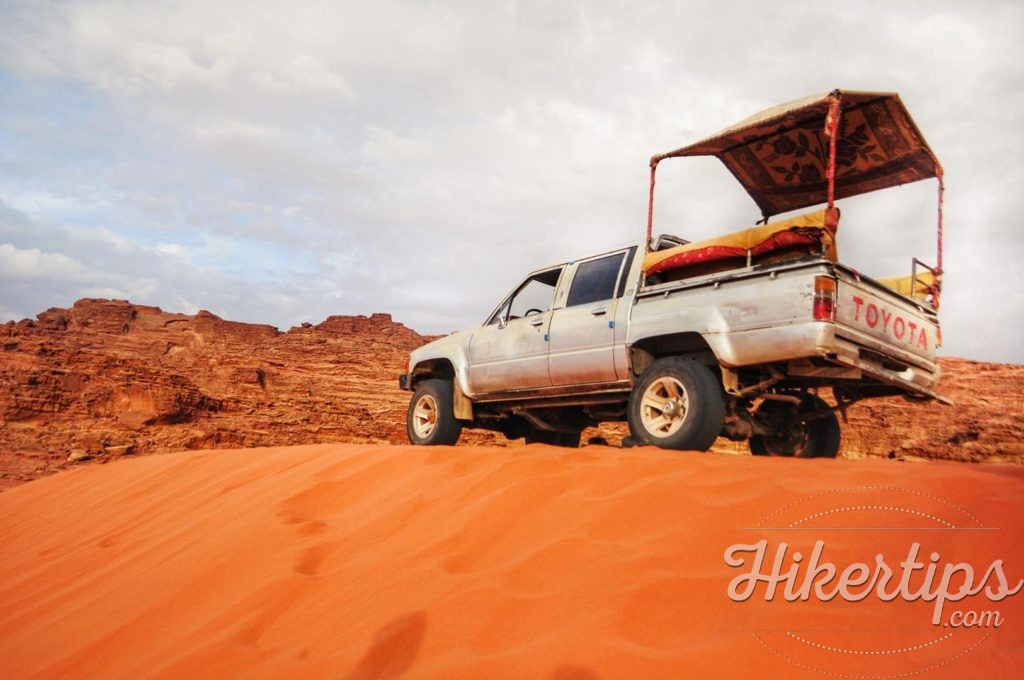 Towards the end of the day we finally arrived at Salem Camp, the place where we spent the night. This place looked like a military camp, with large tents which were perfectly aligned in rows. The two-person tents were equipped with large beds, blankets and even light bulbs and power outlets.

When the sun was about to set, we left our luggage in the tents and rushed to reach the top of the cliff which was situated near the camp. Admiring a gorgeous sunset in the middle of the desert made me feel free. With this feeling in my heart and a cup of tea in my hands, I joined the group of tourists gathered around the campfire. Millions of stars in the sky and a lot of stories told by the Bedouins made the end of the day memorable. The icing on the cake was the traditional dinner cooked in sand. The meat and the vegetables were cooked in an authentic way. They were prepared in a pot which was buried in the sand on burning coals. It goes without saying that this special dinner perfectly completed our experience in the desert.

Unfortunately, beautiful moments usually end fast and the next day, after breakfast we had to return to the public parking lot. The best part is that memories last forever and what I lived and felt there cannot be taken away by anyone.

All things considered, in case you plan a trip to Jordan, make sure you add the Wadi Rum Desert to your trip itinerary, because the time spent there is worth every second. 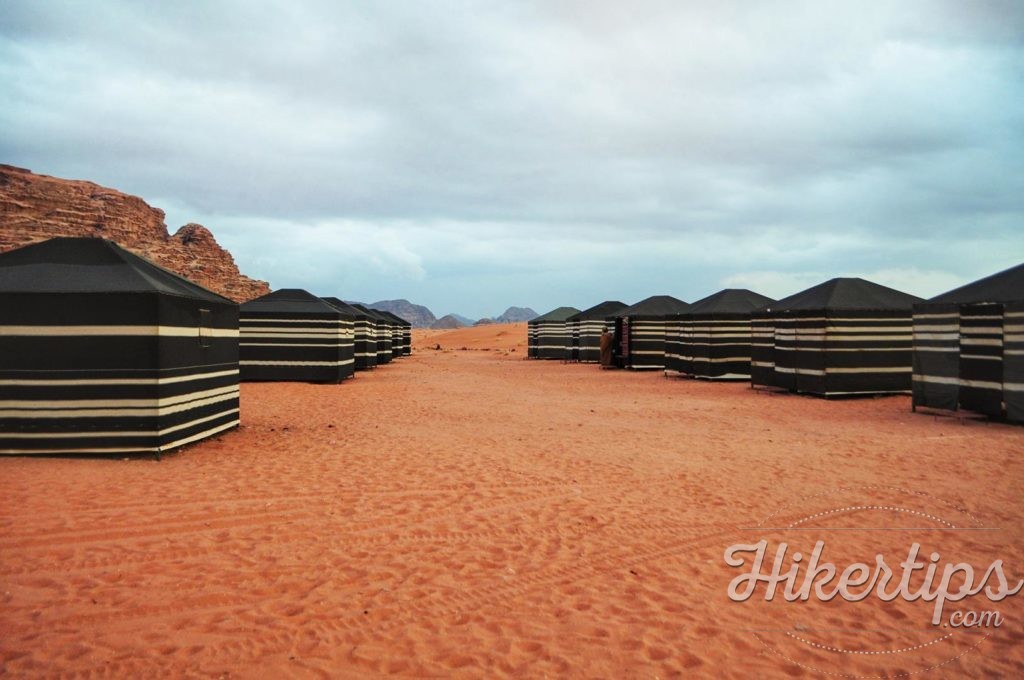 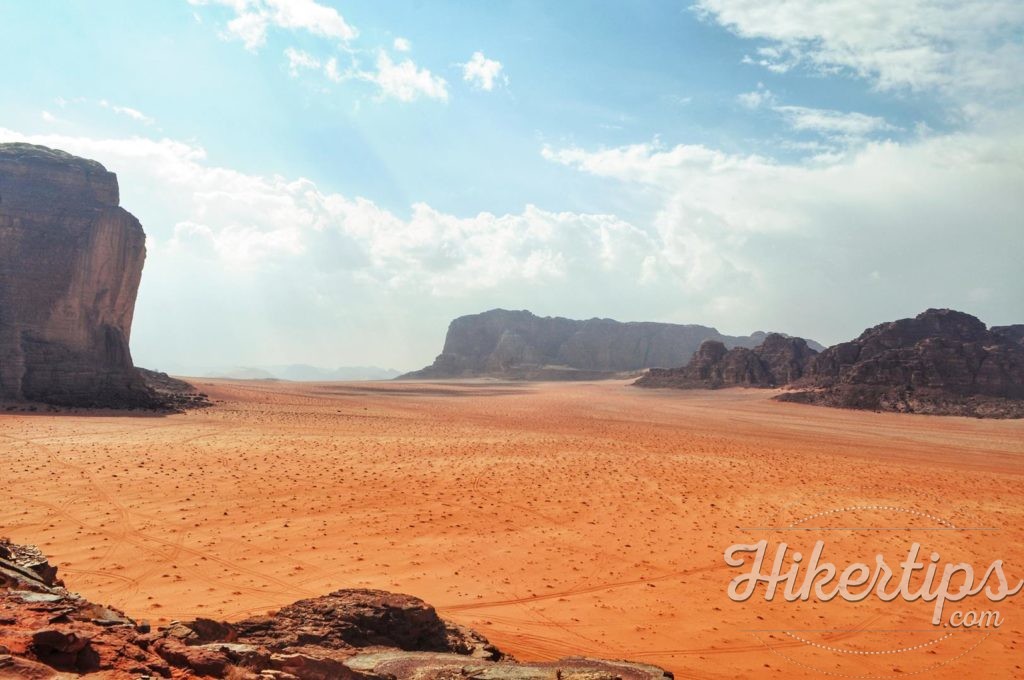 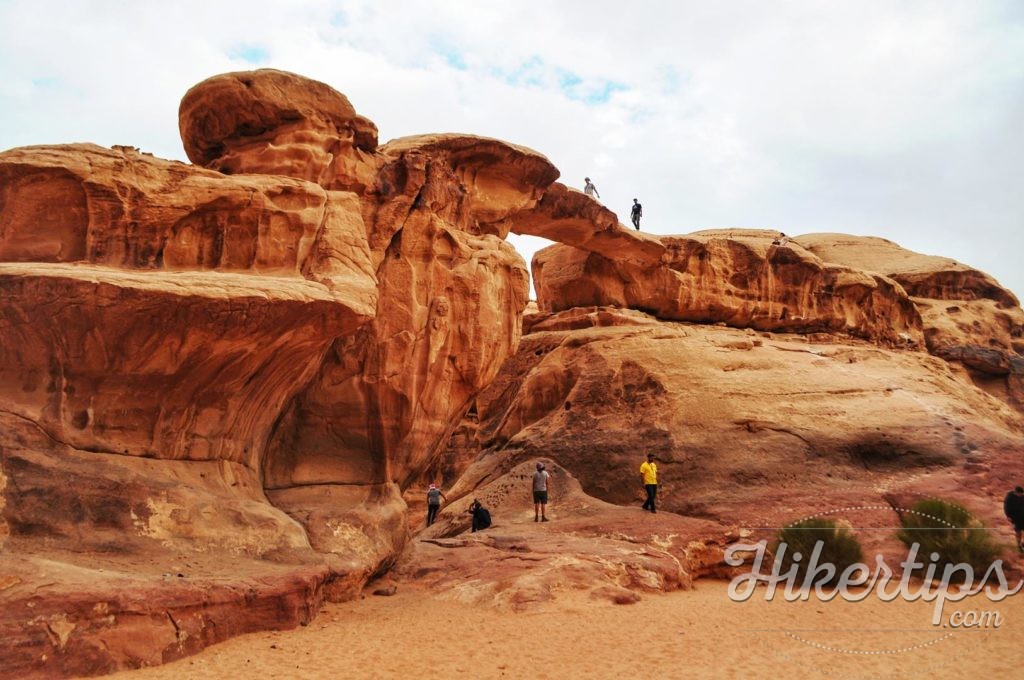 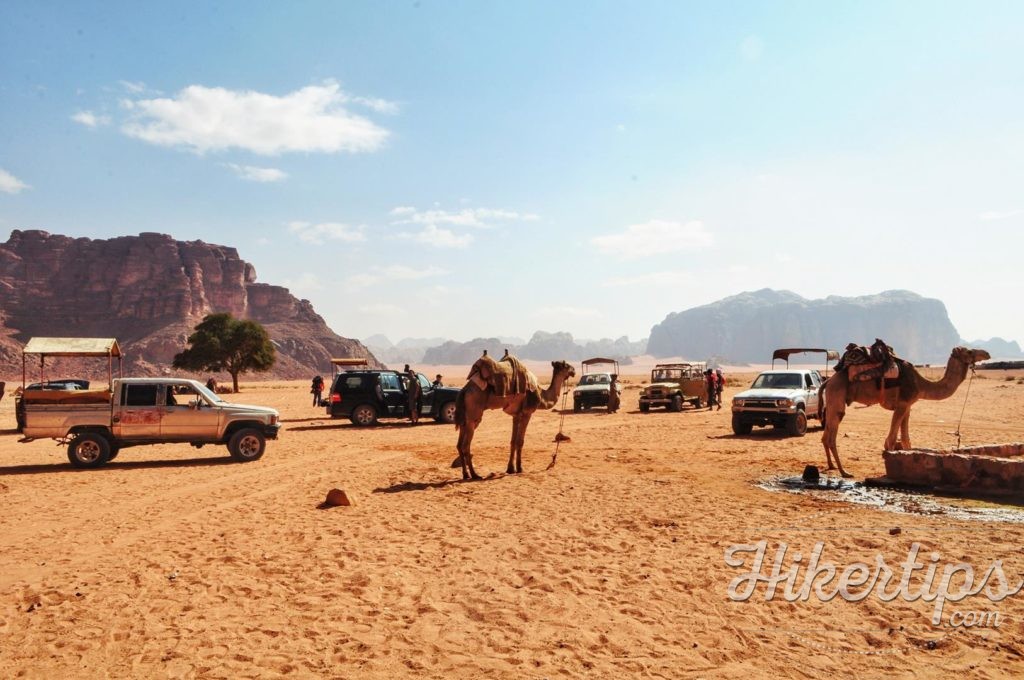 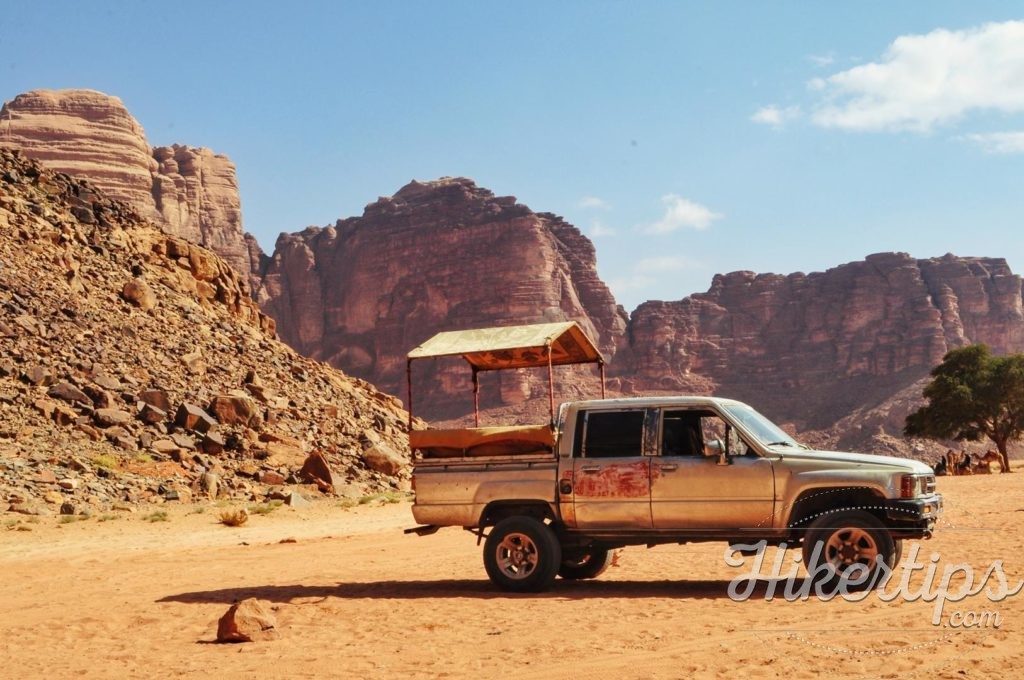 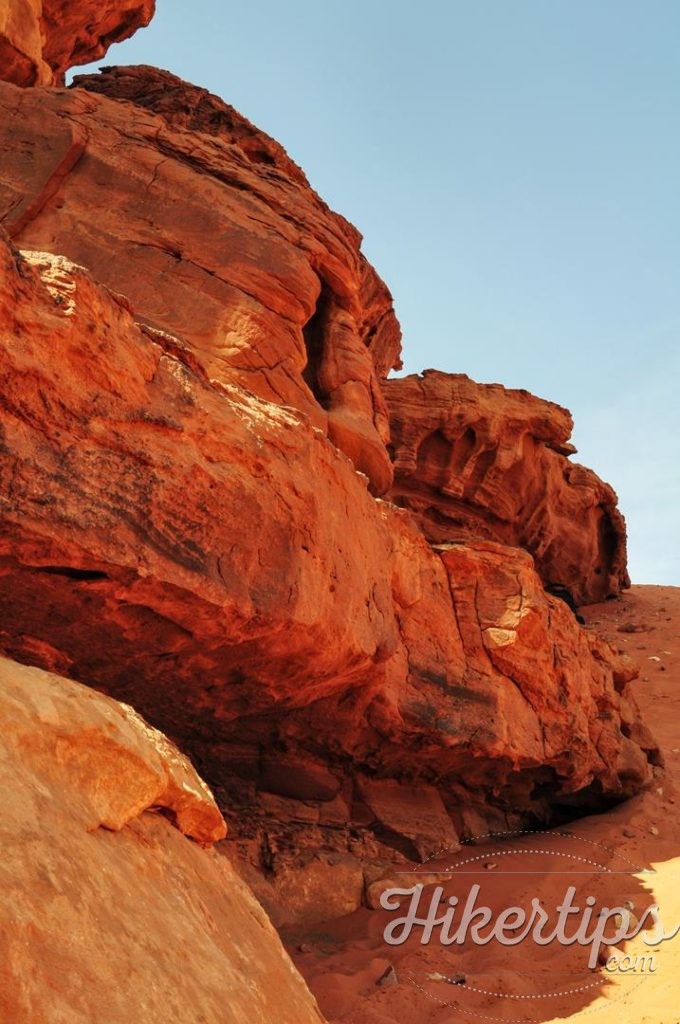 The Shard, a fabulous experience in London

My name is Georgiana Neagu and traveling is my greatest passion. I share travel tips, photos, impressions and personal opinions on my website. Come and Live it!